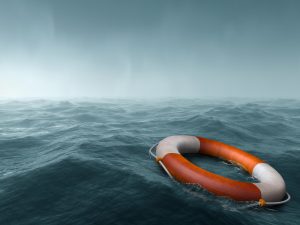 Although 2019 was not a good year for the North Korean economy, it was also not disastrous. Kim Jong Un will not be able to make much headway this year in implementing his vision of greater prosperity for the North Korean people as long as sanctions remain in place. Kim’s speech at the Central Committee plenum in late December signaled frustration and a stark absence of concrete ways forward in improving the economy. At the same time, North Korea most likely will not confront a major economic crisis in the coming year either, and its outlook will be significantly more favorable should China and Russia continue to relax their sanctions implementation. In short, the regime will continue to muddle through economically in 2020, and will likely face less difficult conditions than those last year. [1]

Sanctions continued to keep North Korea’s foreign trade at abysmal levels in 2019, particularly for its most important export goods. It was not as disastrous as 2018, when exports to China, its most important trading partner by an extremely wide margin, plunged by over 88 percent. According to official data, exports to China dropped by another 2.6 percent last year from an already very low level.[2] But it could have been worse. Smuggling of sanctioned goods to and from North Korea continued throughout the past year, and coal was still sold under the radar, although in quantities well below pre-sanction levels. North Korea has continuously been able to purchase fuel despite the sanctions-imposed import cap through ship-to-ship transfers and has likely also received a substantial amount of fuel from China outside of regular trading channels.

However, even if smuggling is extensive, and significant trade occurs in secret, evasion methods are costly in both time and money. Under such conditions, trade can never become large and profitable enough to support the socio-economic progress Kim Jong Un envisions. If the trade data is close to truthful, North Korea exports very little and does not import nearly as much as it probably needs to sustain its industries and the consumption demands of its population. North Korea enters 2020 very much in the same difficult spot that it was in during 2019. It can continue to muddle through under conditions of slow stagnation, but Kim Jong Un has higher ambitions than survival for the North Korean economy—he wants to improve it in significant ways.

On the brighter side, although quantitative data from within the country should always be taken with a grain of salt, it shows few signs that sanctions have created a widespread economic crisis among North Korean civilians. Had there been such a crisis, we would have seen signs of inflation and significantly rising prices for food and other necessities. The data shows none of this. It is possible that the data is masking the poor conditions of particularly vulnerable groups, who perhaps have no access to the market system to begin with, and we do not know the extent of government price controls. Nonetheless, prices have been remarkably stable throughout the sanctions era, and 2019 was no exception. Interestingly, gas prices dropped significantly during 2019, suggesting that China has been supporting North Korea with greater quantities of fuel during the year. In fact, as the graph below shows, prices were both lower and more stable in 2019 than in 2018.

Exchange rates were also largely stable with a few minor bumps through the year. Rice prices, too, were roughly the same in 2019 as they were in 2018. As in most years, prices were slightly higher in the late summer and early fall months, just before the next year’s harvest production became available.

The stability of rice prices last year is particularly interesting given the warnings by the North Korean government and the United Nations of serious food shortages and a possible famine around the late spring and early summer. Far too little is known about food distribution inside the country to conclude that shortages never materialized for any segments of the population. That said, the government’s warnings about a looming full-blown food crisis were wildly overblown. Indeed, Kim Jong Un himself said about the harvest that, despite sanctions and inclement weather, “this year [2019] we reaped an unprecedented bumper harvest that exceeded the peak-year level…”.[3] (Interestingly, this passage was omitted from the English-language version of his remarks.) South Korea’s Rural Development Administration estimates that North Korea’s harvest grew by two percent in 2019 over 2018.

Finally, in the first half of 2019, according to South Korean data, exports and imports by North Korea to China increased by 14 and 15.5 percent respectively.[4] North Korea’s trade deficit with China stood at about $1.6 billion in 2019, and over $2 billion in 2018. A trade deficit is usually undesirable, but for North Korea, imports are more important than exports. Goods for factories and industries are particularly crucial, and such imports plunged in 2018. Part of this is likely a form of aid, as North Korea continuously imports much more than they export with China even though China may not expect to get paid back in the future.

According to recent travelers to the North Korean border city of Dandong in China who spoke with 38 North for this article, trade appears as brisk as ever on the surface. However, some factories were shuttered in the past year as a consequence of sanctions, and industries, particularly those targeted by sanctions, have had a very difficult time. But smuggling apparently remains extensive. Increasingly larger quantities of coal, minerals, seafood, textiles and other goods that North Korea exported to China prior to “maximum pressure” may very well have started to flow across the border, as some signs suggest that China may have weakened its sanctions implementation in conjunction. Towards the end of the year, China and Russia began an increasingly open pressure campaign to roll back international sanctions on North Korea. As their patience runs out with “maximum pressure” and the lack of diplomatic progress, both countries are likely to become increasingly less strict with implementing sanctions. Nonetheless, even the best-case foreign trade scenario for North Korea is poor under current conditions. The DPRK enters 2020 very much in the same difficult spot that it was in during 2019.

Back to the Future

North Korea limped along through the past year—and it will do so in 2020 as well, although under slightly better conditions than in 2019. But Kim Jong Un has staked a great deal of credibility on delivering prosperity. When he first officially came to power in 2012, he promised in his first-ever public speech that the people “would never have to tighten their belt again.” Now, nearly seven years later, Kim has hinted the opposite. In his report to the 5th Plenum of the Central Committee, held December 28-31, KCNA reported, Kim “[…] clarified that it is our firm revolutionary faith to defend the country’s dignity and defeat imperialism through self-prosperity even though we tighten our belts….it is true that we urgently need external environment favorable for the economic construction but we can never sell our dignity which we have so far defended as valuable as our own life, in hope for brilliant transformation.”[5] In other words, while economic growth and higher living standards are important goals, North Korea will never budge in its defense policies to attain them.

All this is problematic for Kim’s policy goals. Over the past few years, the regime has been relatively serious about changing the rules of the economic game. Allowing increased autonomy for enterprise managers, farmers, agricultural work teams and others may sound like dry phrases out of a Soviet-era management handbook, but the policy changes under Kim offer great potential. As Lee Sang Yong notes, these changes have meant that less vibrant and efficient state firms now essentially have to compete with those that are essentially run by private businesspeople, even though they remain under state flag, for competent labor through incentives to employees. Moreover, North Korea needs external capital on a large scale for the purchase of factory equipment and spare parts to keep factories running and to achieve any significant economic growth. In short, while Kim’s economic management changes have made the economy more efficient, he recognizes that his economic vision cannot be implemented while sanctions remain in place, and has hinted that further domestic reform might be the key to the economic improvement he envisions:

‘The key front in the offensive for frontal breakthrough today is economic front,’ he said, setting forth it as an immediate task for the economic field at present to rearrange the economic foundation of the country and fully tap all the possible production potential and to fully meet the demand needed for the economic development and people’s life.[6]

Where does North Korea go from here? Kim Jong Un clearly has ambitions for the economy, but not much of a way forward as long as sanctions stay in place, at least in their current form. Judging by his plenum report, the government is well-aware of this predicament. However, while Kim pointed to, often in vague terms, a wide range of areas for improvement, he mostly seemed to urge people to work harder and better. The risk is that the state will start to roll back more of the autonomy it has granted to actors within the economy, believing central control and guidance to be the only way to make sure that policy is executed properly.