I have not written about North Korean sanctions for some time, having pronounced them dead in 2018. True, I suggested in that last article that the remains of the Trump administration’s “maximum pressure policy” would stumble around in a zombie-like state in Washington policy circles for a while. But I assumed the shambling remains of the policy would finally disintegrate when confronted with the new diplomatic realities of the Korean Peninsula. As the situation on the peninsula again looks gloomy, some are beginning to think that zombie is looking pretty lively. They should think again. 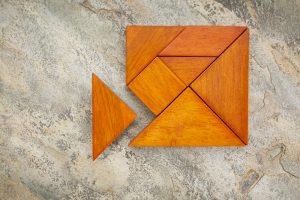 With the recent indicators of North Korean impatience with its engagement with Washington, there is certainly a need to consider what can be done if Pyongyang takes a more confrontational course. The old answers in the area of sanctions were at best partially effective in coping with the problems of 2016-17. They don’t match our current realities at all. Assuming this time sanctions will work for sure when they have not achieved their policy goals for the last 15 years is a questionable approach at best.

At its high point, the maximum pressure policy on North Korea had the chance of contributing to a negotiated reduction in or—in some people’s view—elimination of the North Korean nuclear and missile threat. In December 2017, all the major players were not only reinforcing United Nations sanctions; they had also acquiesced in the progressive strengthening of those sanctions and the imposition of stronger unilateral sanctions by the US, Japan and ROK. Sanctions were hurting the North Korean economy as its external trade nearly dried up. The DPRK had managed to spook all the major players into sanctions imposition. The US, South Korea and Japan were reacting to North Korean nuclear and missile tests and regional provocations; the Chinese were reacting to North Korea’s lack of diplomatic deference and its fear that Pyongyang’s behavior could provoke a US military response. When Kim Jong Un opened his New Year’s peace offensive in 2018, the conditions were ripe to parlay sanctions relief for real progress on the nuclear and missile front, but the window for achieving success was narrow and Washington badly fumbled the opportunity, probably with a strong assist from the North Koreans, who tried to freeze out all American negotiators below the president, believing they could con him into a sweet deal.

And This Is Now

Conditions have now changed. The economic pressure on North Korea has been greatly reduced. As the recent United Nations Panel of Experts report indicates, Pyongyang has found a number of sanctions evasion routes. In addition, Kim has used his peace offensive to bring Beijing back to a more supportive role. Chinese trade, investment and tourism have increased and Beijing’s vigilance on sanctions is—to say the least—below previous levels. More importantly, the PRC and Russia are openly advocating for sanctions relief in New York. And the Moon administration wants to pursue economic engagement projects with the North, as well as increase humanitarian aid. It is also harder to believe today than it was in late 2017 that the US would be willing or able to pull off a successful kinetic solution to the nuclear and missile issue. A military confrontation with North Korea just might be a bridge too far for the administration’s supporters. In short, the broad diplomatic and political context does not exist to reimpose and enhance a maximum pressure policy on North Korea.

Old Wine in an Old Bottle

Summitry and diplomatic engagement have failed to bear fruit. Pyongyang has said it is no longer bound by its moratorium on nuclear and missile testing and has sent a number of political and weapons-related signals that it has given up on engagement and intends to present new nuclear and missile realities to the US. In response, sanctions advocates have recycled a number of “new” sanctions ideas. A number of these recommendations include military interdiction of maritime sanctions evaders, a renewed focus on North Korea’s illicit activities and a more robust effort to impose secondary sanctions on Chinese sanctions evaders. While these measures would tighten sanctions pressure on North Korea, they are based on unrealistic political and diplomatic assumptions and won’t do the job absent a more realistic US negotiating position. They could even make things worse.

Maritime Interdiction: There is a reason to do maritime interdiction. Offshore sanctions violations in the form of ship-to-ship transfers of petroleum and other commodities appear to be on the increase according to both the US government and the UN Panel of Experts. The Security Council, however, has consistently denied authority for maritime action to enforce its sanctions in spite of years of US effort to get that authority. Since it appears that most of the maritime sanctions evasions are shifting into North Korean or Chinese waters, interdiction would be far more risky if military forces were sent into those waters to enforce sanctions without international legal authority.

Crackdown on Illicit Activities: The global financial system needs to be protected from cybercrime and steps ought to be taken on it but probably outside the context of Korea policy, since there are many other international cybercriminals who pose a threat. North Korea is not going to be brought down by closing one or another criminal enterprise, because it can and will always open another one. It is possible to inflict temporary pain on the regime by blocking a criminal activity but not kill it, because the criminals themselves remain free to innovate.

Secondary Sanctions on China: Everybody who has ever worked on North Korea sanctions knows that impunity given to Chinese firms who violate sanctions is a major problem. But it is delusional to think that the US can just bully the Chinese into doing what it wants. The administration has just been through a major trade war worth hundreds of billions of dollars to our two economies. At the end of it, the Chinese did not knuckle under even when Huawei, one of their largest firms, was held hostage.

Rebuilding the Diplomatic and Political Architecture for Renewed Sanctions

These operational issues matter far less than rebuilding the diplomatic and political framework to get anywhere on renewed sanctions. It is irrelevant to the objective of denuclearizing North Korea for Congress to pass new legislation or regulations. What is relevant is to get the ROK, China and Russia on board with renewed sanctions pressure. This is going to require a rather significant effort over time—or a little stupidity from Pyongyang. Kim’s New Year’s peace offensive was tactically brilliant. It created a more favorable diplomatic landscape in the region and radically changed the Kim regime’s public image abroad. A return to nuclear and missile provocation could undo much of this accomplishment if the administration plays things right—and this will depend on whether it effectively uses the lull before new provocations.

During this current lull, Washington should not table every old sanctions idea. Instead, it should make clear to the ROK, China, Japan and Russia what the US would like to achieve with a diplomatic solution to the nuclear and missile issue—and this may require a sober, thoughtful policy statement by US Secretary of State Michael Pompeo. The US has spent two years in a futile quest to get the North Koreans to say what they mean by “denuclearization.” It is time the administration put a serious, phased proposal on the table to persuade these other governments that the US is serious about diplomacy, and that they should tighten sanctions if the North Koreans return to confrontation. If Pyongyang responds positively, it would obviate the need to immediately ratchet up sanctions; if it doesn’t, the administration would have a foundation for rebuilding pressure.

If Washington needs to rebuild pressure, it should start in New York. Support for sanctions implementation there is eroding and the sanctions committee is gridlocked. Without international cooperation on sanctions enforcement, the US will be faced with an enormous task of intimidation through secondary sanctions. This has not taken the Trump administration where it wanted to go with Iran and it will do no better with North Korea. A little unilateral intimidation of one or two targets is doable, but trying to strong-arm every country involved in trade with North Korea is a losing game. Adopting a reasonable US negotiating position will help shift the dynamic in New York towards sanctions enforcement.

No matter how reasonable the administration appears, however, it is going to have a tough time with Beijing. Many bridges have been burned. Secondary sanctions may be necessary against the most egregious actions by Chinese firms. But before the US lights the fuse on this explosive issue, it should take several preliminary steps. First, even if it turns out to be unproductive, the administration should select a few outrageous violators of UN rather than US unilateral sanctions and then consult with the Chinese on the rationale for our action. Second, the administration should “name and shame” the violators. If that fails, Washington should find a single bad violator who can be hurt by secondary sanctions and then hit that firm hard while quietly letting others on the name-and-shame list know that they can escape punishment if they change course. The administration should be prepared to forgive and forget if the targeted firm repents. The objective would be to induce self-censorship by Chinese firms, and simultaneously persuade the PRC the US is not trying to violate the recent trade truce through North Korean sanctions enforcement.

The administration is a long way from being able to reimpose maximum pressure on the North Koreans. Paradoxically, the way to make progress on renewed pressure is to embrace a more credible and competent strategy of engagement. Only then, if the North Koreans slip back into confrontation, can we hope to rebuild sanctions pressure.