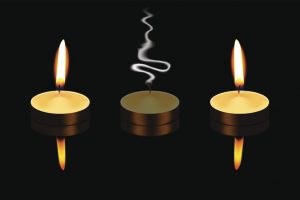 A family spokesman confirmed today that the maximum pressure policy passed away on April 27, 2018. This was not noticed at the time since it was still walking around in policy circles in Washington, but physicians later determined that the policy lost all ability to affect the outside world sometime between the moment that Kim Jong Un trod on the red carpet in Beijing and the second he crossed the line into the ROK sector in Panmunjom. The policy is expected to enjoy some form of zombie existence at least until the upcoming summit between US President Donald Trump and Kim Jong Un, but all medical experts expect its corporeal form will crumble into dust quickly if the US attempts to make use of it. The policy, born in March 2017, lived a short but productive life. Friends and relatives celebrated its contribution to the recent thaw in relations between the DPRK and the ROK and expressed the hope that all parties could proceed with the crafting of a framework for peace and denuclearization now that any credible threat of economic or military pressure on North Korea has been removed. The spokesman provided us with the following cause of death for the policy.

The sources of life for the maximum pressure policy were the following: 1) an effective, internationally legitimate and complied with sanctions regime that denied the general North Korean economy access to foreign exchange including Chinese enforcement of the letter and spirit of those sanctions; 2) South Korean unwillingness to provide economic or humanitarian aid even if permitted by sanctions; and 3) a believable threat of US military action if the North Korean inter-continental ballistic missile (ICBM) or nuclear weapons program progressed too far. This threat did not need to be totally realistic, only sufficient enough to provide a negative incentive to Chinese and ROK elements that might wish to soften or evade sanctions. As long as the alternative to sanctions was war, even doubters of sanctions would stay the course. Now many in China and the ROK will believe the alternative to sanctions is peace.

Since Kim Jong Un initiated his peace offensive on January 1, the military threat’s source of life for the maximum pressure policy has been completely degraded. The ROK refusal to aid North Korea is likely just weeks away from compromise or collapse (if it has not happened already), and it is likely that April’s trade statistics for DPRK exports to China will look very different from the near-embargo that the January and February statistics indicated.

Even more important, there will no longer be any stomach in either Seoul or Beijing to tighten sanctions (much less go to war) if the Trump administration determines at the Trump-Kim summit that the DPRK is not serious about denuclearization in the way the White House defines that term. Given the sense of euphoria in the ROK over the Panmunjom Summit, any attempt to get tougher with North Korea will produce a violently negative reaction from the South Korean public and political class as long as Kim continues his skillful reengineering of his image with South Korea and does not turn on Moon. China, too, is probably quite satisfied with the turn of events since January 1. It has reinserted itself into the diplomatic process and has had two successful high-level meetings with Kim. Pyongyang is no longer giving Washington excuses to act militarily. Beijing’s odd and uncomfortable role as the voiceless muscle for President Trump’s pressure campaign is likely over, hastened perhaps by the incipient trade war between the two countries as well as other tensions developing in the political and military sphere.

Kim Jong Un has to be given a great deal of credit for tactical diplomatic acumen. He began 2018 totally isolated and under severe economic and military pressure. He had no reason to believe any of the main participants would relent in sanctions pressure and he had reason to fear that they would lament but do nothing to halt any ill-conceived US military action. In five short months, he has totally reversed the diplomatic momentum of the situation. While he is still under sanctions pressure, he has eliminated any hope the US could resort to military action and maintain its alliance with the ROK. He has likely shifted China’s position back to its more traditional semi-supportive approach to the DPRK, especially as long as Kim refrains from further provocations, and he has isolated President Trump should the President wish to return to a policy of maximum pressure.

Kim did this through very slick public diplomacy in which he shifted his image from that of a comic book villain to that of a normal and quite approachable statesman. At the same time, he made himself the center of the diplomatic geometry of the Korean Peninsula. He began the year as the target of diplomacy. He has emerged this spring as its prime mover by dealing with each of his opponents bilaterally—offering them what they wanted in isolation from the others and by leaving Donald Trump until last, with Japanese Prime Minister Abe still on the sidelines, ignored by all actors.

This is not to say that ROK President Moon has in some way betrayed the maximum pressure policy. He has been scrupulous in not violating sanctions and in crafting space for US diplomacy. But, he is clearly anxious to find some way to build momentum for engagement and will seek ways to restart aid and cooperation with the North. This will erode sanctions without violating them by giving Pyongyang access to hard currency or the things it could buy. Worse, he is unlikely to be able to control the public mood in the ROK which seems to believe the words of the April 27 summit declaration have banished seven decades of reality on the Korean Peninsula.

Barring a catastrophic error by Kim, what he has created with his first summits makes it impossible to return to the maximum pressure policy. Sanctions are inevitably going to erode through looser Chinese enforcement and a ROK desire to jump start cooperation.

This does not mean Kim might not be interested in some nuclear and missile arrangement with President Trump. Perhaps maximum pressure has done its job and helped persuade Kim to move to his new strategic line. But it does mean there is not going to be any easy return to what existed before the January 1 speech. This is somewhat regrettable from the perspective of a tactical US diplomatic advantage, but it is probably not retrievable. The Trump administration probably should be considering how to extract the maximum diplomatic benefits from sanctions now before their impact erodes.