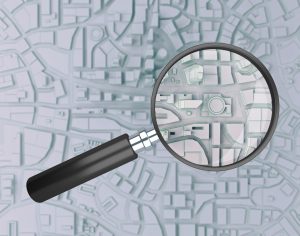 A recently published news report by CNN suggested that vehicle activity at one of North Korea’s missile development facilities, the Sanum-dong missile research center near Pyongyang, may be an indicator of a forthcoming long-range missile launch or engine test. North Korea’s next moves remain unclear, but contrary to the report, none of the activities to date suggest imminent testing.

Construction on the Sanum-dong facilities began in early 2010 and was not externally complete until mid-2014. Vehicles in small numbers, two to four, began to be observed from August 6, 2015 through May 10, 2016, with a probable trailer van present on the latter date. Imagery from October 26, 2017 shows large amounts of unidentified materials staged around the large production hall. By April 8, 2018, materials had been either moved inside the building or totally removed from the complex. And from that date to the present, no fewer than six, and often more than a dozen, vehicles (mostly an assortment of trucks and vans) have been present, suggesting this to be normal for the facility.

While commercial satellite imagery resolution is not consistent, the “blue shipping container” reported present in January 2020 may not be a container at all, but rather either a long trailer van or bus-like vehicle. A similarly colored trailer was observed in imagery from May 25, 2018 and again on March 11, 2019. It seems to come and go, as do most of the vehicles observed at the complex. Clearly, the facility is active, but none of the vehicle movements are on their own an indicator of a pending launch or engine test.

Regarding the small convoy of vehicles observed departing the area on January 16, 2020, one possibility is that it was an entourage of a visiting dignitary, since the facility is likely involved in the development or improvement of missiles. However, it too does not signify that a test is imminent. A small convoy of vehicles was also observed near the Sohae Satellite Launching Station, approximately 1 km to the north of the security gates, near the edge of town on January 14, but no test-related activity was observed within the complex itself. Both instances are interesting to note, but neither is a confirmed signature for pending missile-related activity.

The Sohae complex is continuously monitored for activity, beyond simple care-taking activities—none of which has been observed since the conclusion of the last engine test at Sohae in mid-December.