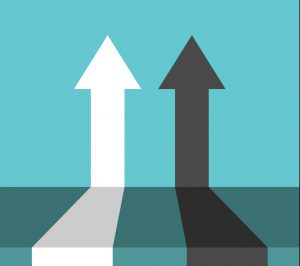 North Korea’s marketization process has deepened significantly since Kim Jong Un came to power in late 2011.[1] The effects are difficult to measure, but by most accounts, the system has become more efficient—and thanks to the markets, most North Koreans enjoy economic conditions far better than a decade ago. There are worrying signs, however, that the state may take actions during the coming year that could hamper market activity, and possibly tighten the leash on private economic activity. Moves by the regime to reduce the role of market forces in the economy could make economic conditions difficult for many North Koreans, especially the emerging middle class.

The Return of Economic Statism: Why Now?

As sanctions continue to restrict the government’s ability to make money through exports, the state is increasingly likely to look for domestic sources for revenue, and to impose controls on economic activity; these actions reflect a belief that more state control will not only lead to better implementation of economic strategies, but also allow the state to regain control over economic activity and tap into the revenue streams from the markets and entrepreneurial sectors. North Korean rhetoric also suggests a general sense that the state has ceded too much control to the private sector of the economy. Should the government rein in market forces, significant portions of the North Korean public may find it even more difficult to support themselves and the nascent middle class may see its standard of living stagnate in the long run.

The reassertion of greater state control over the economy is not a foregone conclusion. Economically repressive state measures may be limited. Moreover, economic policy does not evolve in a linear way: Harsh rules may be imposed in one sector and relaxed in another. Prospects for increased state control will depend on several factors including the extent to which China continues to implement international sanctions, which it seems increasingly less willing to do; the current state of the regime’s foreign currency assets and general revenue sources; and the extent of public investments through the year, particularly in grandiose, expensive projects with propaganda value.

Warning Signs on the Horizon?

These uncertainties notwithstanding, warning signs are visible in recent government rhetoric on economic policy. On January 31, Rodong Sinmun carried an editorial about the so-called Cabinet-responsibility system, the “nucleus of the state economic work system.”[2] It went on to say that the “major task” of the Cabinet is to exercise “unified control” of the “overall national economy,” and give “full play to advantages and might of socialist economy”. The editorial then defines the socialist economy in a highly traditionalist way, stating that it:

[…] mobilizes and uses human and material resources of the country in a rational way and coordinately controls and systematically realizes production, distribution, accumulation and consumption […] [the] socialist economy [is able] to make more rapid development than capitalist one.

In recent years, North Korean state rhetoric on economic policy and management has generally not been so explicit on the efficacy and virtues of central planning. Rather, much of it has focused on what one might term “market reforms with North Korean characteristics”: decentralization and de facto liberalization of rules for state and semi-state enterprises, and the general expansion of market mechanisms in economic management. “Planning” in itself does not always mean detailed communist central planning; it can also refer to broader strategies such as the country’s 2016–2020 “National Economic Development Strategy,” which set out general targets and policy directions rather than quotas and detailed sectoral plans. Nevertheless, the recent Rodong Sinmun editorial is highly explicit about the superiority of central planning, led by the Cabinet, in both production and consumption.

Some passages in Kim Jong Un’s speech at the plenum of the 7th Central Committee in late December were particularly worrying. Kim emphasized the responsibility of the Cabinet in executing state control over the economy, stating that it:

[…] should strengthen the state’s finances by making effective use of the existing economic foundations and undertake economic planning properly and scrupulously command the economic activities…[T]he Cabinet’s unified leadership and command should be ensured, first of all, in the work of safeguarding the lifeline and integrity of the country’s economy.

Several passages in the speech suggest a frustration in policymaking circles over the lack of progress in quickly achieving higher economic growth, especially given the relatively newfound space for independent maneuvering.[3] For example:

[Kim Jong Un] pointed out the bad practices of the economic sector of shouting the slogan of self-reliance but failing to take a smart and optimum response in the present important and vital period that has faced severe difficulties and to direct efforts on maintaining and reinforcing the self-supporting foundations of the national economy […].

With no visible progress made in the work of realizing the unified guidance over and strategic management of the economic work and improving the management methods of enterprises, the role of the state as the organizer of the economic work has not been enhanced, and serious problems have been raised in readjusting, reinforcing and reenergizing the overall economy to switch over to the stage of growth […].[4]

In other words, Kim has clearly signaled that economic policy changes have not had the outcome that the state desired and expected and the government does not approve of the management practices that have followed greater independence for state firms as well as the semi-private sector. These statements could portend increased state oversight and control over economic production, perhaps scaling back some of the liberalization in enterprise management of the past few years. None of this rhetoric suggests a general abolishment of the markets or semi-private entrepreneurial enterprises, but rather a more assertive attitude and larger space for the state in the economy, or as Kim put it, “maintaining the original features of the socialist commerce by restoring the commercial system of the state…”

Realities on the Ground

So far, we have seen relatively few concrete actions by the North Korean state towards tightening the rules for the markets. Nonetheless, there are a few examples that could become troubling, particularly in the present context:

Individually, these measures are not particularly alarming, and whether they foreshadow a fundamental change in policy is an open question. But taken together—and especially coupled with anti-market rhetoric about emphasizing command over economic activities through unified leadership to safeguard the integrity of the economic interests of the state—they form a concerning pattern of the state increasingly asserting control over economic actors.

Kim’s tenure has been marked by economic liberalization, but this policy has coexisted uneasily with a parallel drive to expand the state’s control over the direction of the economy. Pressure from sanctions is making it even more imperative than usual for the state to hunt for resources wherever they may be found, and the government believes it has a right to more of the revenues from the market and semi-private enterprise sector. The regime is likely to take a firmer grip on market forces at some point regardless of whether sanctions remain, but they likely will accelerate this trend as the state is forced to search more intensely for new sources of revenue.