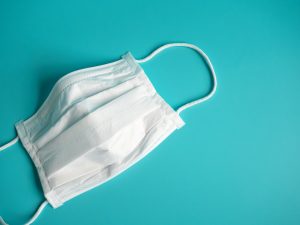 North Korea’s claim of zero COVID-19 patients is “contrary” to just about every news piece on COVID-19. “…this is an impossible claim based on all of the intel,” said General Robert Abrams, the top US general in South Korea. In light of recent developments, however, it may be useful to revisit our assumptions.

Here Is What We Know

Three days before China shut down Wuhan on January 23, North Korea canceled all flights to/from China, and within days after that, suspended tourism, closed its border with China, and quarantined every foreigner and North Korean nationals returning from abroad. Public health officials didn’t wait until they were seeing coronavirus (COVID-19) cases inside North Korea. To put this into context, the next country to impose countrywide travel restrictions was Italy on March 9. Italy locked down its borders six full weeks after North Korea, and thousands of Italians had already died from COVID-19. During an outbreak, delaying a lockdown even by a few days can translate into a massive increase in the number of cases. It is increasingly clear that imposing countrywide lockdown is the single most effective strategy in preventing the initial surge of COVID-19 as well as “flattening the curve,” which means reducing the peak demand for health care services during a pandemic. Many countries may now be wishing they had instituted earlier travel bans and aggressive quarantine measures, a la North Korea.

North Korea also rolled out comprehensive nationwide anti-COVID-19 public health interventions that included widespread informational and educational campaigns in addition to the mobilization of health care workers. As humanitarian organizations working in the medical field have noted, North Koreans are highly efficient in implementing public health interventions. North Korean citizens are most likely aware of the dangers of the novel coronavirus as well as their personal responsibilities in helping prevent the virus from entering and spreading.

We also need to remember how aggressive China was in containing the epidemic, an approach praised by the World Health Organization. According to the Johns Hopkins Coronavirus Resource Center, the two provinces bordering North Korea, Liaoning and Jilin provinces, had 145 and 100 total cases each with 2 and 1 death each, respectively. The Chinese government placed both provinces on a semi-lockdown and quickly contained the COVID-19 cases. The risk of the novel coronavirus entering via the porous 880-mile border between China and North Korea may not be as high as we may have believed.

What about the possibility that North Korea does not have COVID-19 cases because they lack testing capabilities? We now know that Russia sent diagnostic tests in mid-March, and the North Koreans have been running about 60 tests per day since then. It is also possible that China sent tests as early as January. Although testing capacity is not widespread, North Korea can still test suspicious cases. Apparently, these tests have not been positive for the COVID-19 virus so far.

Lastly, the COVID-19 threat is not the first pandemic that North Korea has faced. In fact, North Korea has successfully prevented the entry of SARS in 2003 and Ebola in 2014. During the pandemic, North Korean public health officials are drawing on their institutional knowledge to mount an effective whole-of-government strategy to keep the virus out. It looks like it is working.

Not Yet Out of the Woods?

To be fair, others, like General Abrams, argue that COVID-19 cases must be inside North Korea. From November, when China’s first COVID-19 cases likely appeared, to the end of January, when the border was closed, the virus could have entered North Korea over their shared border. Some media outlets such as Daily NK claim that North Korea has had coronavirus patients during this time and continues to have fatalities including 200 dead soldiers. These reports, however, are solely based on unnamed sources and unverified.

Whether they have cases of COVID-19 or not, North Korea seems confident enough in its containment measures to roll some back. Considering that North Korea stopped all tourism and most trade with China to keep the virus out, it is unlikely to take unnecessary chances and let its guard down too soon. Such expensive decisions were carefully measured and weighed against the risks they posed. Recent examples of North Korea relaxing its restrictions include allowing foreigners to roam around Pyongyang and meet their counterparts, reopening Nampo port to container ships and hosting the 14th Supreme People’s Assembly.

For now, although we cannot be certain there are cases of COVID-19 inside their borders, North Korea is certainly behaving as if they have prevented, at least for the time being, a COVID-19 outbreak. However, what started as a few thousand cases in China has devolved into a pandemic with over 2 million confirmed cases, and, surely, the coronavirus will eventually enter North Korea. The North Koreans know this and will calibrate their prevention strategies as needed. The Politburo, which met last weekend, called to take “strict national countermeasures to thoroughly check the inroads of the virus in light of the steady spread of the worldwide epidemic disease.”

Just as importantly, the North Koreans are steadily building up their capacity for treatment in case of an outbreak within their borders. External assistance, including diagnostic and therapeutic supplies, is starting to arrive into the country. North Korea is also investing domestic resources into building treatment capacity. The new Pyongyang hospital and the oxygen production facility in North Hamgyong Province are but two examples we know about.

North Korea seems to have “dodged the bullet” by effectively implementing a very early and hyper all-of-government containment effort. The claims of not having any COVID-19 inside North Korea may be debatable, but what is not debatable is that the government is confident enough in their containment measures to relax some of the restrictions. It remains to be seen how the North Koreans will manage an outbreak of COVID-19 but if their containment strategy so far is any indication, then we should not be so quick to judge.