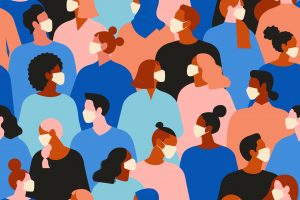 North Korea was notably among the first countries to announce a closure of its border due to the current coronavirus (COVID-19) outbreak in neighboring China. On January 21, Pyongyang notified tourism companies that it would not allow foreign tourists to enter the country. A few days later, it expanded travel restrictions, barring all travel in and out of the country and then suspending flights from both China and Russia. It has also expanded its compulsory quarantine of foreigners already in the country from 15 days to 30 days, which is set to end on March 1.

To properly assess the current situation, especially for a country like North Korea, it is important to develop a baseline understanding of what is and is not out of the ordinary about this response. To this end, the Ebola quarantine of 2014 and the SARS quarantine in 2003 provide perhaps the best sources of comparison.

The COVID-19 response stands out for how rapid and how far-reaching the travel restrictions and quarantine measures are. It also demonstrates an increasingly aggressive approach to an established response to potential public health crises in the country and illustrates the DPRK’s strong inclination towards a “control first” political culture, that is, to increase restrictions while formulating difficult policies.

Official North Korean reporting has insisted there are no cases of COVID-19 in the country to date—a claim disputed by unofficial reports. Nevertheless, an outbreak could be devastating given the poor condition of North Korea’s public health sector and swift international cooperation would be needed for containment and treatment should that happen as part of global health management.

The 2003 severe acute respiratory syndrome (SARS) response epidemic perhaps provides the most reasonable comparison given the similarities of the disease and their common origin in China. However, the response to the SARS outbreak in contrast to today was far more restrained.

Reports of a pneumonia-like illness, which would later be identified as SARS, first arose in February 2003 and the World Health Organization (WHO) issued a global health alert by March. North Korea took steps beginning in April 2003 to control a potential outbreak by declaring a “Security Phase One” in the country, which required that any entrants to North Korea would have to obtain special approval to travel to the country and humanitarian workers would be granted only single-entry visas. It furthermore quarantined persons coming from SARS-affected countries for 10 days in Anju City in North Pyongan Province.

In addition to the quarantine, inbound and outbound flights from Beijing were suspended at the beginning of May for one month, but at least one weekly flight to and from Vladivostok continued.

By June, North Korea began to reissue multiple-entry visas to humanitarian workers and by mid-July, North Korea lifted the mandatory quarantine and allowed Air Koryo to resume normal flights to and from Beijing.

As the SARS crisis waned globally, in November 2003, the United Nations Office for the Coordination of Humanitarian Affairs (OCHA) reported that, “A rapid response by WHO, IFRC, and Premiere Urgence (PU), helped the [DPRK Ministry of Public Health] with SARS preparedness and prevention,” and concluded that “No SARS outbreak occurred in the country.”

In total, the SARS quarantine and travel restrictions lasted nearly four months. While North Korea began these measures, engagement with the World Health Organization was more concrete. Reports indicate that in early April, WHO conducted, “a workshop on SARS preparedness for technical staff and officials from the Ministry of Public Health and other national health institutions.” The WHO would also conduct two additional training programs with the support of the International Federation of the Red Cross and Red Crescent Societies (IFRC) for North Korean hospital staff on SARS and infection control techniques.

North Korea’s announcement of a quarantine response to the Ebola outbreak in West Africa came as a surprise in late October 2014. By the time of the announcement, Ebola had been active in West Africa for at least eight months and had been declared a “Public Health Emergency of International Concern” for two months.

The Ebola shutdown was rolled out gradually and haphazardly. First, tourism was halted. Then in early November, North Koreans were banned from going abroad. Diplomatic missions were then notified that they “would be quarantined under medical observation for 21 days.”

The Rason Special Economic Zone, however, was operating normally for several weeks after the initial travel ban was implemented. Communication to international stakeholders was minimal, though some documentaries and newspaper articles kept North Korean audiences somewhat informed.

This level of response was viewed largely as an overreaction to the situation and generated real frustrations and debates among Korean officials in Pyongyang. It also sparked discussions between Koreans and their foreign partners in the business, NGO and diplomatic communities. As such, the foreign community had some visibility on the issue as well. North Korea then created an ad-hoc committee, that broadly speaking had “economy-first(ish)” officials and “control-first” officials on it. They debated or fought about the policy for several months, until mid-March, when restrictions on international travel were lifted. Or rather, they returned to normal levels of restrictiveness.

The reasons for the Ebola shutdown drew wide speculation in Pyongyang at the time and in the months after. It was clear that many Koreans in the capital felt that the policy was not justified by the threat. Given the low level of threat Ebola posed to North Korea, the decision to ban travel and institute a quarantine appeared less driven by actual public health concerns and more by the politics of the time.

What Do These Comparisons Reveal?

The immediate closure of the border in response to COVID-19 was surprisingly swift given the time it took for North Korea to implement a response to both the 2003 SARS and 2014 Ebola outbreaks. Moreover, the comprehensiveness of the travel restrictions and quarantine measures at the outset also deviate from previous actions. At least during the response to SARS, a weekly Vladivostok flight continued to operate despite suspending the Beijing route. Humanitarian workers were also allowed to enter the country under special approval and after undergoing 10-day quarantine in a separate facility if they had any travel to SARS-affected countries.

The total country shutdown in 2020 in response to COVID-19 seems to follow the Ebola measures more closely than the SARS approach, but was enacted more swiftly and in a more comprehensive manner.

In addition to the control measures, there is also a notable breadth and volume of reporting in North Korea’s domestic media about COVID-19. Rodong Sinmun, the Workers’ Party paper aimed at a domestic audience, has carried regular (and surprisingly detailed) briefs on coordination of “anti-epidemic” efforts in different provinces, including the mobilization of volunteers and “medical workers” to travel to factories and farms to educate people about the disease and preventive measures as well as other information campaigns through loudspeakers and electronic displays. The outlet has also emphasized the need to practice responsible “hygiene,” including wearing masks. There is an air of accountability that appears novel to the current situation.

Does this indicate that there is already an outbreak in North Korea and it is doing its utmost to contain it? Does it reflect a new standard of operation under Kim Jong Un in favor of draconian measures to seal its borders and quell crisis? Does it mask a weakness in systems of control or reveal concerns about systems of control? Is this just a pragmatic measure for a country whose dominant international connection is China and whose public health system is badly under-resourced?

These are questions that we will not be able to answer with any level of satisfaction for the time being. But what is clear is the geopolitical shifts that shape the environment in which this crisis is unfolding in the region. Total trade between North Korea and China is more than three times higher today than in 2003, making for a more porous border for not just goods and services, but of people and information. Moreover, the nearly comprehensive multilateral and unilateral sanctions imposed on North Korea make an efficient and timely international humanitarian response more challenging. For all these reasons, COVID-19 poses a more significant risk to North Korea today than the SARS outbreak did in 2003.

Given North Korea’s vulnerability to COVID-19 and the complicated sanctions regime that exists, the international community should plan and think proactively about what US and international aid organizations might need to support a containment effort as the year progresses.

The United Nations 1718 Sanctions Committee should be commended for its willingness to expeditiously consider exemption requests for COVID-19-related activities, and the recent statement released by the US Department of State indicating its strong support for US and international NGO work and readiness to facilitate exemptions for assistance is welcome. They should continue to engage with aid organizations to identify bottlenecks and clear bureaucratic hurdles beforehand.

North Korea should also actively facilitate short-term cooperation by reinstating access for relevant aid agencies and lifting restrictions for aid workers to return to and travel within the country. In the long run, the DPRK needs to engage with the international community more proactively to build the capacity of its own public health system and workers to effectively deal with this potential crisis.

The current situation also highlights the tension between immediate relief measures and the broader needs of North Korea’s public health sector. Lifesaving medicine, personal protective equipment, diagnostic technologies and other treatment tools may be futile if there is limited or no access to clean and running water in hospitals, nutritious diets, etc. Moreover, populations are more vulnerable when sanctions impact access to nutrition, other medicines and overall household spending power. In the long run, these crucial issues will need to be addressed to provide North Koreans better resilience against not only epidemics, but a range of health challenges.

North Korea emerged from SARS and Ebola (obviously) unscathed. We cannot count on the same result for COVID-19.

The views expressed in this article are solely those of the author and do not represent those of the National Committee on North Korea.