Commercial satellite imagery of North Korea’s Punggye-ri Nuclear Test Site shows personnel movement throughout the complex, including around the previously abandoned East Portal, where some additional unknown activity has been evident. While the nature of activity at the East Portal is unclear, it may be part of routine security patrols but could also involve some form of radiation monitoring, given that the footpaths lead to the base of the mountain near the portal from where leaks had been previously detected. Despite the complex’s formal closing in 2018, there have been consistent signs that personnel remain onsite and frequently patrol the former test areas as well as maintain the Command Center, which remains intact. However, there have been no indicators of attempts to re-excavate any of the test tunnels and/or reactivate the site.

Foot tracking paths are observed at the East Portal area, where the first underground nuclear test was conducted in 2006. This includes one heavily used track leading directly to a dead end at the base of a mountain about 100 meters south of the former tunnel entrance. While this tracking could be part of security patrols or radiation monitoring, it is unclear why this area would be under patrol after having been abandoned for over a decade. Additionally, an area across the stream from the portal has been cleared, with two snow-covered objects visible and footpaths leading to the objects. The nature of this activity is also unclear.

At the North Portal, the tunnel complex used to conduct the last five nuclear tests, vehicle tracks are visible in the snow leading to and from the portal, likely part of routine security patrols, but which could also be engaged in radiation monitoring. On March 26, what appear to be three small, snow-covered objects are also visible near the tunnel entrance. By April 2, the snow had melted and the objects appear to still be in place. Their purpose is unclear.

Foot and vehicle tracks are also observed around the South Portal area, possibly leading up to the portal entrance. The traffic at both the North and South Portals appears consistent with security patrols, as there are no signs of any new excavation or construction activities. Since the entrances of the North, South and West Portals were all blasted shut in 2018, any attempt to reactivate the testing complex would require re-excavating these tunnel entrances or excavating new test tunnels. 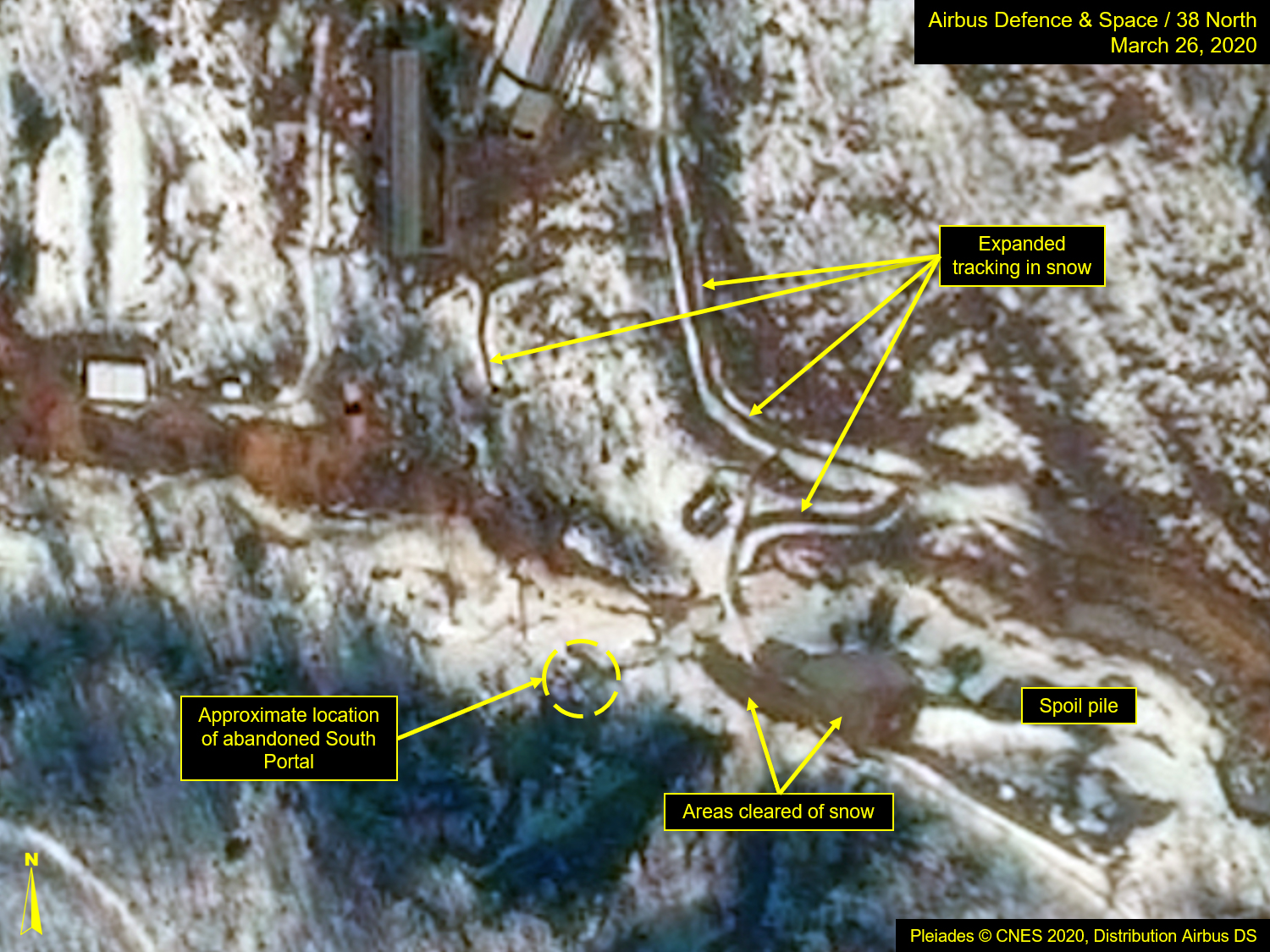 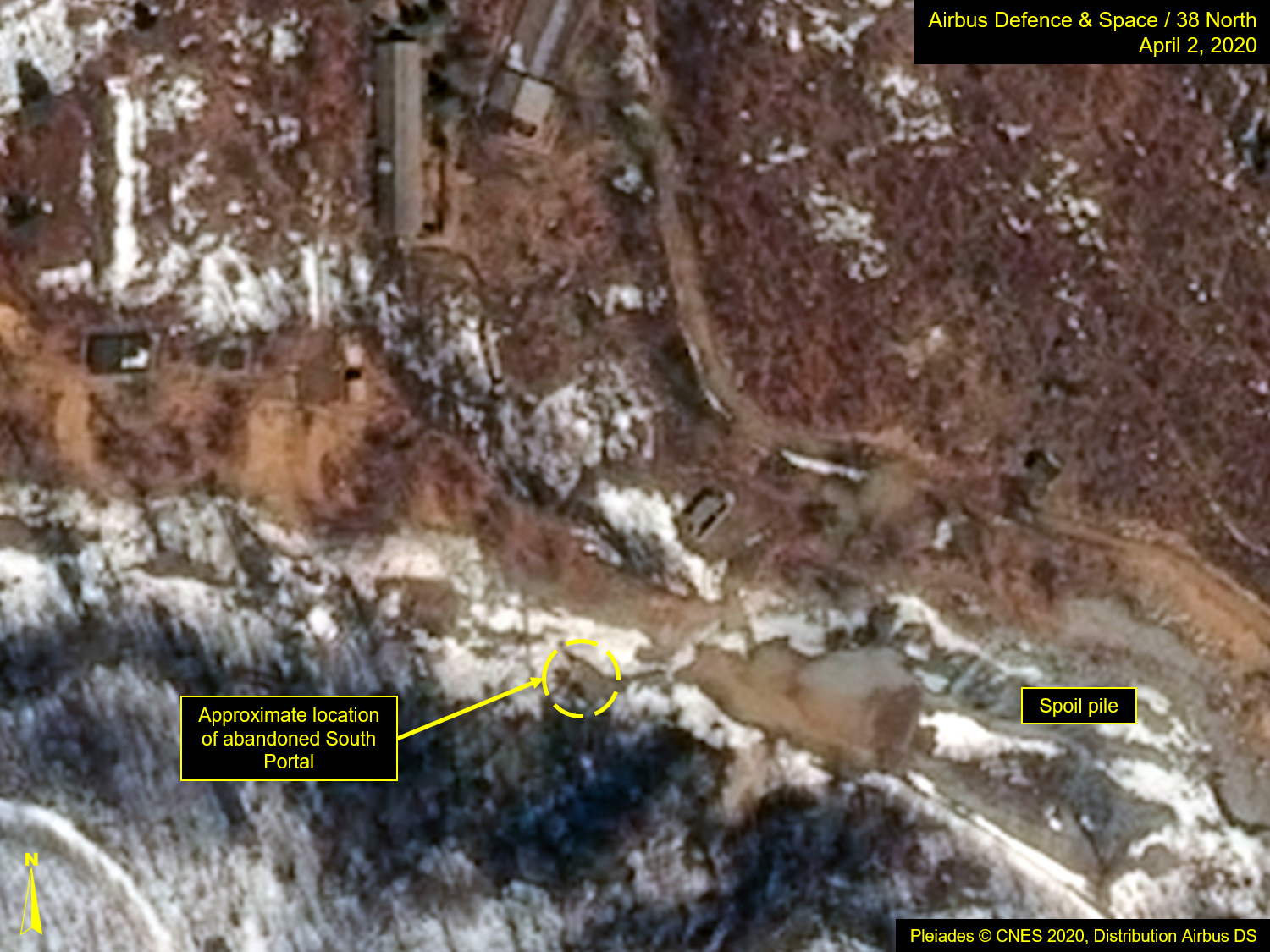 At the Main Administrative Area, situated between the North and South Portals, there is significant vehicle tracking and snow clearing observed around the area on March 26. On March 26 and April 2, a group of objects can be seen in the upper courtyard; while these could be personnel, it is difficult to confirm based on the imagery alone. Additionally, on April 2, there is likely a group of dispersed personnel in the lower courtyard area, possibly engaged in some form of recreational activity. 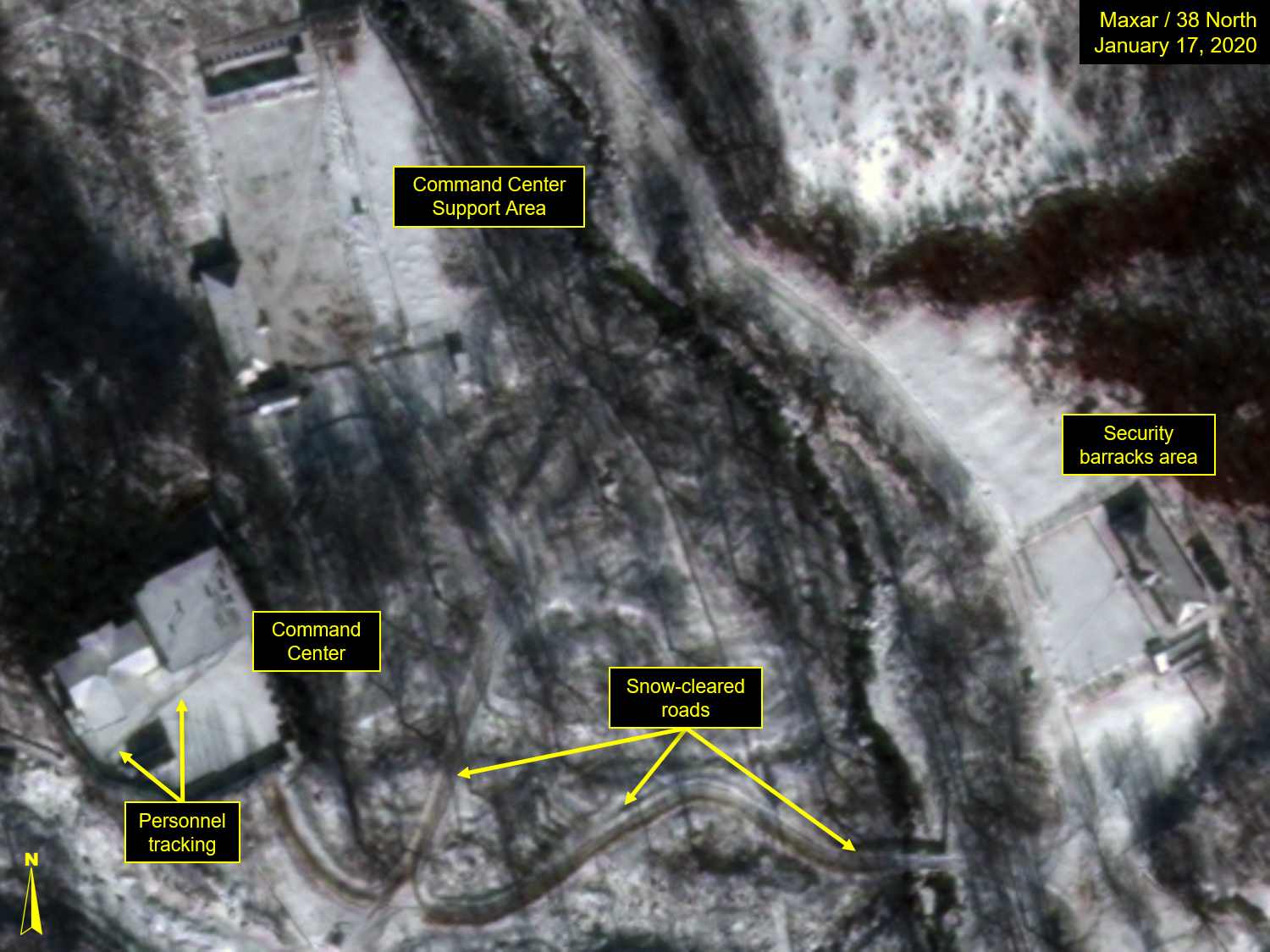 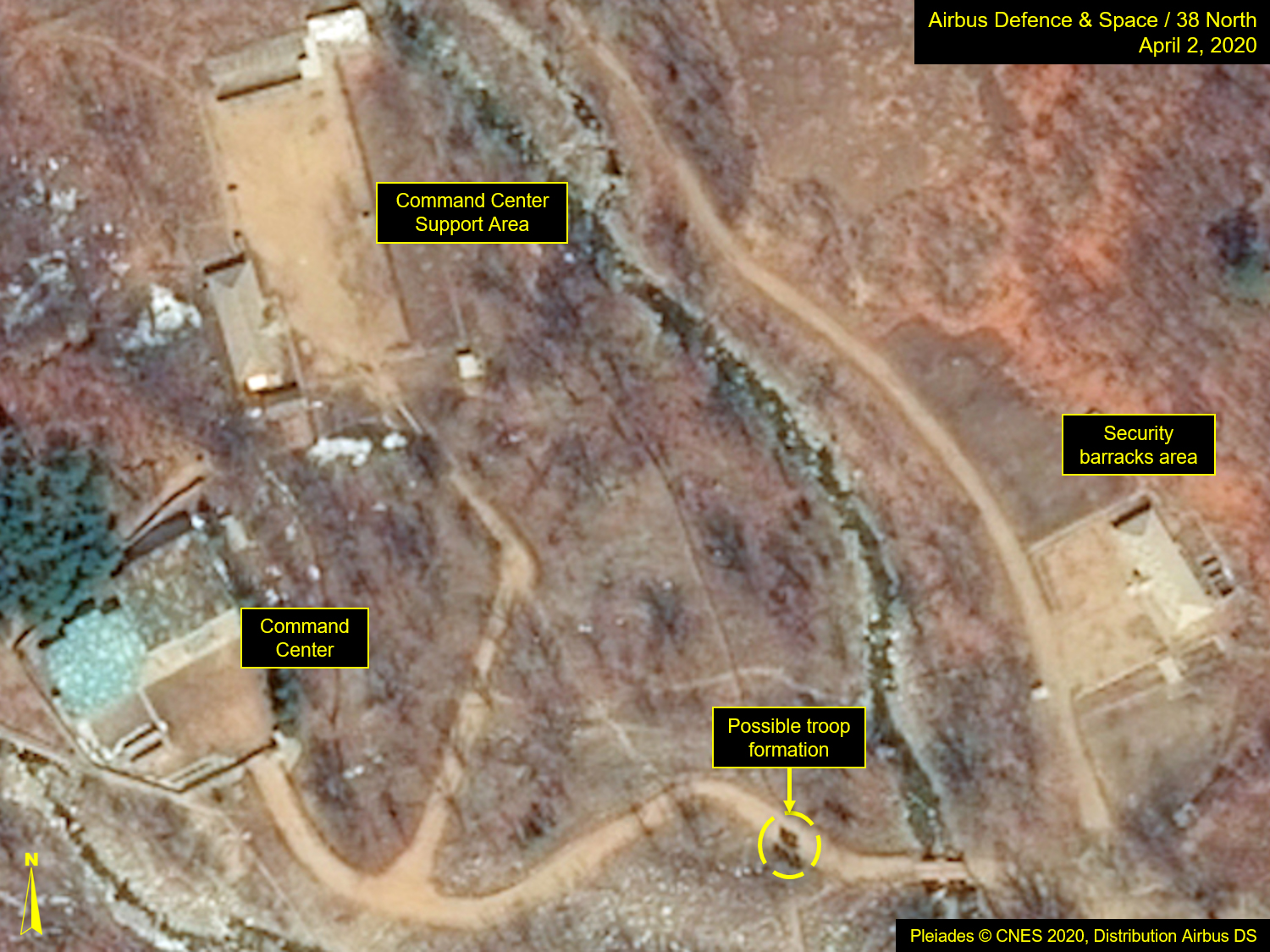