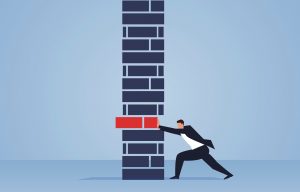 While North Korea’s COVID-19 containment measures are already showing negative impacts on its economy, the pandemic is just the latest challenge to the country’s economic development plans. The North’s relatively promising economic outlook in 2016 was dealt a devastating blow in 2017, as its barrage of nuclear and missile testing brought about intensified sanctions and economic contraction. Despite robust diplomatic engagements with South Korea and the US over the next two years, the failure to secure any level of sanctions relief led Kim Jong Un at the end of 2019 to set forth a new approach to economic policy and management, one that reflects the harsh political realities and emphasizes rational economic management. While the pandemic has exacerbated negative trends in North Korea’s economy, the challenges ahead remain fundamentally the same as before: finding ways to amend the social contract between the state and the people, balance regime survival and economic development, and increase trade and economic engagement while under the heavy veil of sanctions.

Adoption of a New Strategic Direction

Kim Jong Un’s address to the Central Committee at the end of 2019, after a prolonged stalemate of US-DPRK diplomatic talks and a total breakdown in inter-Korean talks, focused on revising the fundamentals of the economy and economic management.[1]

Signaling a move away from previous policies, Kim made no mention of the National Economic Development Strategy for 2016-2020, which had informed reforms and economic priorities since the 2016 Party Congress. This plan, along with promises to not have to tighten belts again, had built up public expectations of improved economic conditions in the near future. However, Kim’s remarks at the Central Committee meeting appeared to acknowledge that these expectations could not be met under the current political realities, and suggested that “belt-tightening” would once again be needed.[2]

Instead of a new five-year plan, Kim proposed 10 long-term objectives intended to “develop the country’s economy on a stable and long-term basis and build up the economic foundations of the country.[3]” It is not clear how these objectives relate to the earlier economic development strategy, but they signal a willingness to face up to economic difficulties and the shortcomings of previous efforts.

Under this new direction, Kim criticized the Cabinet for its economic management failures and stressed an urgency to create a rational economic system. He listed as major tasks: restoring “without delay’ the “commercial system of the state” and “socialist commerce,” eliminating unneeded systems and procedures, fixing areas of the economy “that obstruct production activities,” expanding and strengthening “specialized construction forces” and modernizing building equipment, and implementing a realistic “socialist system of responsible business operation.” He also emphasized the important role of science and technology in improving economic performance.[4]

His remarks also seemed to suggest a recognition that markets play a significant role in the economy but have not been coherently integrated in national economic management. Kim’s call to revitalize the socialist commercial system, while also seeking to improve the ways the commercial system meets the interests of both the state and people, appears to signal an intention to bring markets under the state planning system and integrate them into national policy and planning going forward. Such a change would not only mean heightened regulation and supervision of market activities, but also measures that would alter the roles and capacities of markets and their linkages to the state enterprise system. One indicator of whether this shift is real will be if markets begin to appear in official statements by Kim or the party.

If the regime is, in fact, moving this direction, it could manifest in very different ways. On the one hand, it could lead to greater repression of private initiative and enrichment, similar to the measures taken in late 2009 to soak up private savings and suppress the role of markets. Those measures were met with rare public pushback as North Koreans resented the confiscation of their earnings, although the political economy is much different today. But the public response to the 2009 currency revaluation led the state to exercise greater tolerance for market activity, which resulted in a non-integrated mixed economy with built-in contradictions. It also meant that the role of markets was never officially endorsed by the state, and has been glaringly missing from official statements about the economy including the Five-Year Economic Development Strategy, annual budget presentations, and Kim Jong Un’s New Year’s speeches.

On the other hand, if markets were brought under the umbrella of an integrated economic management system, this could lead to a rationalization of the respective roles of state-directed and market-led activities and policies. This could enhance economic productivity and the efficient use of resources, as seen in other transitional economies. For instance, Vietnam in the early 1990s adopted the concept of a “socialized market economy,” which allowed a gradual process of managed transition towards a market economy within an acceptable ideological framework.

North Korea took early and decisive steps to close borders and impose domestic disciplines when news of COVID-19 virus infections spreading outside of China surfaced in late January. While publicly maintaining a posture of successfully containing the pandemic, Pyongyang has sought support from the UN, friendly countries and humanitarian NGOs for pandemic assistance, although notably not from the US or South Korea despite supportive offers from Washington and Seoul. In spite of these efforts, North Korean society as a whole remains highly vulnerable to the pandemic, both in its health system and food security.

The short-term economic shock from the closure of the border with China for both trade and tourism has accomplished in a matter of weeks what United Nations Security Council sanctions have failed to achieve since their expansion in 2017 to commercial sectors, which is a near-total collapse of legitimately earned foreign exchange. Chinese customs reported a 24 percent decline in trade with North Korea for the first two months of 2020 with China’s exports dropping to $198 million and imports from North Korea only $10 million, or a 74 percent decline compared with the same period in 2019.

The broader impact on North Korean society is harder to assess, but measures and communications from the state to the people reflect tensions between public health and the economy. On April 11, the Politburo reviewed measures taken to contain the pandemic and adopted a joint resolution of the Central Committee, State Affairs Commission and Cabinet that not only intensified anti-epidemic efforts but pledged to “pushing ahead with the economic construction, increasing national defence capability and stabilizing the people’s livelihood this year.” The presentation of the 2020 budget at the Supreme People’s Assembly immediately following the Politburo meeting revealed a cautiously optimistic plan despite the challenges posed by the pandemic and sanctions. It projected growth at 4.2 percent although the sources of this growth were not clear and the plan for financing the projected budget deficit of 1.8 percent was not provided. The strategy for economic development was summarized as continuing the focus on import substitution, raising domestic demand and independent development of the economy.

Following these high-level meetings, the message to the North Korean people from the party newspaper, Rodong Sinmun, was that the country was going through hardships and lagging behind the rest of the world in some areas, stressing the importance of self-reliance. An article in the Cabinet newspaper, the Minju Chosun, also called for autonomous development, “arguing that Western ‘imperialists’ used foreign aid as a means of ‘enslaving’ less-developed countries.”

There have also been a number of recent unconfirmed reports of new initiatives being taken to address severe challenges currently facing the country. These include crackdowns on private merchants and businesses for failing to pay taxes; reduction of food rations to military officers; anti-corruption campaigns, including one mandated by Kim against corruption in the military; assigning a more explicit role for the military in general economic construction; a decision to halt non-essential imports from China that triggered a run on consumer goods and hoarding in Pyongyang; instructions to state enterprises to find their own sources of raw materials; the issuance of bonds by the central bank to state enterprises and private entrepreneurs (donju) as a means to finance the budget and acquire foreign exchange; creation of a new enforcement unit to crack down on illegal foreign exchange dealing; and renewed efforts to curtail employment schemes that allow workers at state enterprises to pay a fee to be allowed to engage in private business activities.

Furthermore, the decision to prioritize and accelerate construction of a new hospital in Pyongyang seems intended to assuage concerns among the elite about the impact of COVID-19, despite questions about the financing of the construction, equipment and other medical capabilities needed to provide reliable services. Similarly, the opening of a new fertilizer plant on May 1 appears designed to allay fears about food insecurity in the face of a potential third year of declining output due to an increasing lack of inputs necessary for production.

Although the extent and potential impact of these various initiatives are difficult to assess, they reflect increasing pressures to adapt to deteriorating economic and health conditions.

While North Korea’s economic situation currently looks bleak, a relaxation of cross-border trade constraints with China could help increase domestic economic activity, providing some short-term relief for North Korea. But looking ahead, the impact of sanctions and the pandemic, together with acknowledged weaknesses in economic management, raise questions about the efficacy of Kim’s strategy to revamp the economic system and sustain a policy of self-reliance indefinitely. Fundamentally, Kim has to navigate several major challenges, most notably:

In the near term prospects look bleak, given the stalled US-DPRK nuclear negotiations and dormant inter-Korean relations. As the world begins recovering from the COVID-19 pandemic and with changes that are likely to reshape the international economy, North Korea will need to find a way to relate to these changes and seek its future place in the international environment.

Epilogue: Engaging with North Korea in a Transformed Environment

For China, the US and South Korea, the lack of any meaningful engagement with North Korea on economic policy and management is a glaring gap in international diplomacy aimed to reduce tensions, build trust and find a way forward on resolving long-standing security issues. North Korea now is positioned by choice and by circumstance to make major adjustments in its economic policies and management practices. It seems likely that recent efforts to revamp economic policy and management will only create difficulties for relations among different elite interest groups and social stability more generally. Self-reliance in the current environment is likely to fail as a practical policy if it contributes to a weakening of the economy and relations among state and private economic actors. Finding ways to encourage and nurture more successful policies should be part of an international engagement agenda.

The impact and demands of the pandemic also offer unique opportunities for fundamentally reshaping longer-term relationships and making a positive contribution to the future of North Korean society. For instance, cooperation on strengthening the resiliency of the North Korean health system and the sustainability of food security are both in dire need and in the interest of global health management. This could involve selective relaxation of sanctions that negatively affect the health system and agriculture, provision of technical and policy advice based on the experience of other developing countries, and targeted financing for capacity building and essential supplies. This would also be a good time to bring the international financial institutions into the picture in collaboration with the UN to avoid politicizing the engagement while helping to build a new foundation for dialogue on peacebuilding and security.