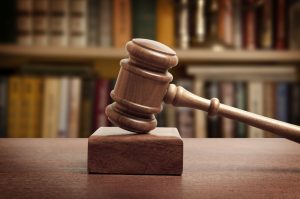 On May 28, the US Department of Justice unsealed indictments against 28 North Korean and five Chinese citizens that alleged they had used “a web of more than 250 shell companies to launder over $2.5 billion in assets through the international banking system.” This network was reportedly run through the Foreign Trade Bank of the Democratic People’s Republic of North Korea, which was designated under US nonproliferation sanctions authorities during the Obama administration. Consequently, the Acting US Attorney for the District of Columbia, Michael Sherwin, emphasized in his associated press statement that “through this indictment, the United States has signaled its commitment to hampering North Korea’s ability to illegally access the U.S. financial system and limit its ability to use proceeds from illicit actions to enhance its illegal [weapons of mass destruction] and ballistic missile programs.”

But, rhetoric aside, does it, though? Indicting foreign individuals in US legal proceedings can certainly have an effect on their business activities and ability to operate around the world. Those 33 individuals will now have to watch very carefully where they travel to avoid visiting a country with an extradition agreement with the United States, though of course, North Koreans have a difficult time traveling anyway. They will also find their ability to engage in normal banking transactions hampered.

There is very little chance that the indicted individuals will serve time in US prison for their crimes. It is possible, to be sure, that one of them will eventually make a mistake and either travel to or transit a country where the United States has a friendly law enforcement relationship and extradition treaty rights. As with Meng Wanzhou or Reza Zarrab, law enforcement can sometimes get lucky, especially if a wanted individual believes that he or she can evade arrest. But this is not the normal scenario, especially if an indictment has been unsealed and the names made public; for obvious reasons, if US law enforcement believes there is a credible chance of making an arrest, they will wait to unseal the indictment until after they have secured the arrest of the individual in question. For these 33 people, it is far more likely that they will end up like “Karl Lee,” the long-indicted Chinese missile proliferator: exposed for their activities but otherwise free (relatively) at large.

Consequently, the most important effects of the indictments will be the degree to which they discourage illicit support for North Korea. There is scant evidence that this will be the result, particularly with China. Numerous reports by the United Nations Panel of Experts (POE) have identified continued Chinese facilitation of North Korean activities, including those that are directly contrary to United Nations Security Council (UNSC) resolutions adopted with the votes of China. Even US sanctions measures against those engaged in sanctions evasion on North Korea’s behalf have yet to stop the activity, arguably because the United States has continued to target intermediaries while leaving aside more substantial Chinese actors.

What About the (Chinese) Banks?

Chinese banks are the most significant potential players in this drama and, notwithstanding aggressive Trump administration rhetoric in 2017-2018, they have not been the focus of any major US sanctions. This is not because people are unaware of their role. In previous UN POE reports, Chinese financial institutions have been identified on several occasions as being key sources of North Korean access to the international financial system. Indeed, the indictment itself helps to demonstrate the significance of Chinese finance to North Korean sanctions evasion. While more North Koreans were subject to sanctions, the five Chinese citizens were key parts of the network’s operations and the indictment identifies a number of Chinese companies and banks that were brought into the scheme. Proving complicity on the part of massive, state-owned Chinese banks, however, is much tougher than simply identifying illicit money flows.

Even if one assumed some degree of simple negligence on the part of those particular Chinese banks, the overwhelming weight of reporting and evidence provided in the last decade suggests that at least some Chinese banks are either witting or willfully ignorant of the connections that they might have to North Korean sanctions evasion. The United States has imposed sanctions on foreign banks for much less in other circumstances. Likewise, the United States has yet to fully employ tools granted to it by the 2017 Countering America’s Adversaries Through Sanctions Act (CAATSA), which provides for US sanctions against anyone supporting North Korea’s violations of UNSC sanctions.

The reason for the avoidance is unclear, but probably reflects a combination of five factors:

One area to watch outside of economic sanctions with respect to Chinese banks is the potential for US law enforcement to use forfeiture authorities to attempt to seize North Korean funds from the corresponding accounts of Chinese banks identified in the indictment. This type of move would carry some of the same political risks noted above, but would avoid the systemic economic issues raised by traditional economic sanctions imposed by the US Department of the Treasury. A forfeiture through a Chinese bank would be a black eye for Beijing, which would almost certainly complain vociferously about US overreach. But it would be a one-time event and would not have a lasting economic impact on the banks and the US and Chinese economies.

More broadly, however, it is the issue of diplomacy that crystalizes the complexity of the decisions facing the Trump administration today: Are more sanctions a source of leverage that can deliver a deal with North Korea or an unnecessary—or, worse, counterproductive—distraction from that diplomacy? Its rhetoric aside, the lackluster implementation of North Korean sanctions over the past two years since the last Trump-Kim summit suggests that the administration has concluded that its efforts at diplomacy with North Korea will be better served with restraint than action. For example, in 2019, despite North Korea testing missiles 22 times, only 12 North Korean entities or individuals were sanctioned by the Trump administration, and none were designated for proliferation activities. For an administration that repeatedly underscores its commitment to using sanctions to build leverage with North Korea (and did so as recently as March 30) and has generally resisted the very idea of early sanctions relief as part of a deal with Kim, this is surprising.

To be clear, I do not disagree that preserving space for diplomacy is probably more important than adopting new sanctions with little likely impact on North Korea’s fundamental security calculus in favor of nuclear weapons and missiles. As I have argued previously, the United States should seek a diplomatic solution with North Korea and set appropriate expectations for such an agreement rather than recklessly employ tougher sanctions.

From a policy perspective, though, the decision to employ indictments and lower forms of sanctions pressure while avoiding uncomfortable conversations with and about North Korea is problematic. North Korea is effectively gaining sanctions relief “for free” while not engaging in any agreed confidence building steps. We are neither building any sense of confidence in North Korea’s intentions nor making visible progress on the terms of an eventual agreement with the regime. Such policy atrophy means that the Trump administration is taking itself off the hook for making tough compromises with North Korea while appearing to demonstrate its strength. In the short term, the administration may find that it is to its advantage to buy this time and space. But a second term Trump administration may regret having squandered its opportunities to either make a bold move forward on sanctions pressure or diplomacy.

More generally, the result is that US-DPRK relations remain stuck in neutral, as they have been for years. There is no palpable sense of pressure on Kim Jong Un to make tough choices and the sanctions tool itself will allow US policymakers to “do something,” while in truth not doing much at all.