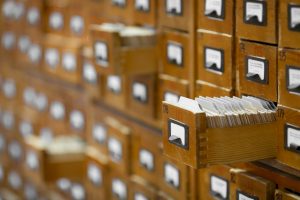 Numerous analysts point to the possibility of North Korea conducting a missile test soon after the upcoming inauguration to show the new US administration that it is both tough and won’t be ignored. While Pyongyang has taken what Washington judges to be provocative actions in the past during US political transitions, history shows that North Korea’s conduct is driven not just by how the country perceives the current state of and future prospects for US-DPRK relations, but also by domestic factors. In fact, in some years, there is good reason to believe that North Korea’s internal situation was the decisive factor for a major weapons test or other provocations at the time of a US presidential transition, rather than a desire to shift the new administration’s foreign policy priorities.

The record is this:

North Korea’s announcement of its intent to withdraw from the Nuclear Nonproliferation Treaty in March 1993 was planned the previous summer as Kim Jong Il was ready to begin more serious development of a nuclear weapons program. He expected his move would prompt a US military strike, but it instead led to nuclear negotiations.

The North made no provocative moves for quite some time after the Bush administration took office. Pyongyang hoped that the new administration would pick up with the Agreed Framework where the Clinton administration had left off and spent the better part of a year probing to see why that wasn’t happening.

North Korean leader Kim Jong Il suffered a stroke in August 2008. Almost immediately, DPRK policy began hardening. By the turn of the year, it was evident that Kim, who was slowly recovering, felt it imperative to convince the US that the North was stable as it moved to prepare for a political succession, and the Kim regime remained in a position of strength. In January, DPRK officials suggested to an American delegation that—irrespective of the new US administration—things were going to get worse, which turned out to be an accurate prediction as the North launched a missile in April and conducted its second nuclear test in May.

After the 2016 elections, a senior DPRK diplomat told an American delegation that the North would hold off on any actions until the new administration had reviewed and announced its policy. Nevertheless, North Korea had already concluded—the Americans were told—that the North had to develop an intercontinental ballistic missile (ICBM) capable of hitting the US in order to make America take the DPRK seriously. In February 2017, a month after Trump took office and before the administration’s “maximum pressure” policy was announced, North Korea started a series of missile tests which steadily continued throughout the spring. Rather than simply an effort to taunt a new US administration, it appears to be the result of Kim Jong Un’s decisions made in 2016 to steadily ramp up its missile program, culminating with ICBM launches in July 2017.

It is never wise to say “never” when speculating about future North Korean actions. It is worth noting that while most media analysis written recently refers to a comment by the North Koreans that Joseph Biden was a “rabid dog”—made almost a year ago, the North has remained silent about him since then, not even responding to his characterization of Kim Jong Un as a “thug” during the second presidential debate.[1] Of course, the North Koreans have a thick file on Biden and understand who he is, but the fact that they have kept quiet means they are keeping their options open for what to do next.

All we are noting here is that it is much too simple, and dangerously misleading, to suggest that Pyongyang is driven by considerations that seem logical to outsiders—the “if I were Kim, this is what I would do” phenomenon. In the near term, Kim appears focused on the upcoming Eighth Party Congress, scheduled for early January. This is shaping up as a major internal event and would likely be as much a consideration in Kim’s plans for the next several months as any desire to “train” a new US president.