Commercial satellite imagery reveals that a small building surrounded by a high wall has been built in Kim Il Sung Square.

High-resolution imagery from Friday, December 18, shows the building is at the western end of the square, right across the street from the viewing platform used by Kim Jong Un and party officials during parades. A second building is located adjacent to it but outside of the walled-in area.

Medium-resolution imagery indicates that construction on these buildings began sometime between December 8 and 12. The purpose of the buildings is unclear, although they could be related to the upcoming Eighth Party Congress that is expected to take place in January.[1]

At the Mirim Parade Training Ground in east Pyongyang, where parade rehearsals often take place, several formations of marching troops and a number of cargo trucks and tracked vehicles are present. This activity is consistent with parade preparations, although at a much smaller scale than what took place ahead of the October 10 military parade.

Figure 2. Construction of structures occurred between December 8 and 12. 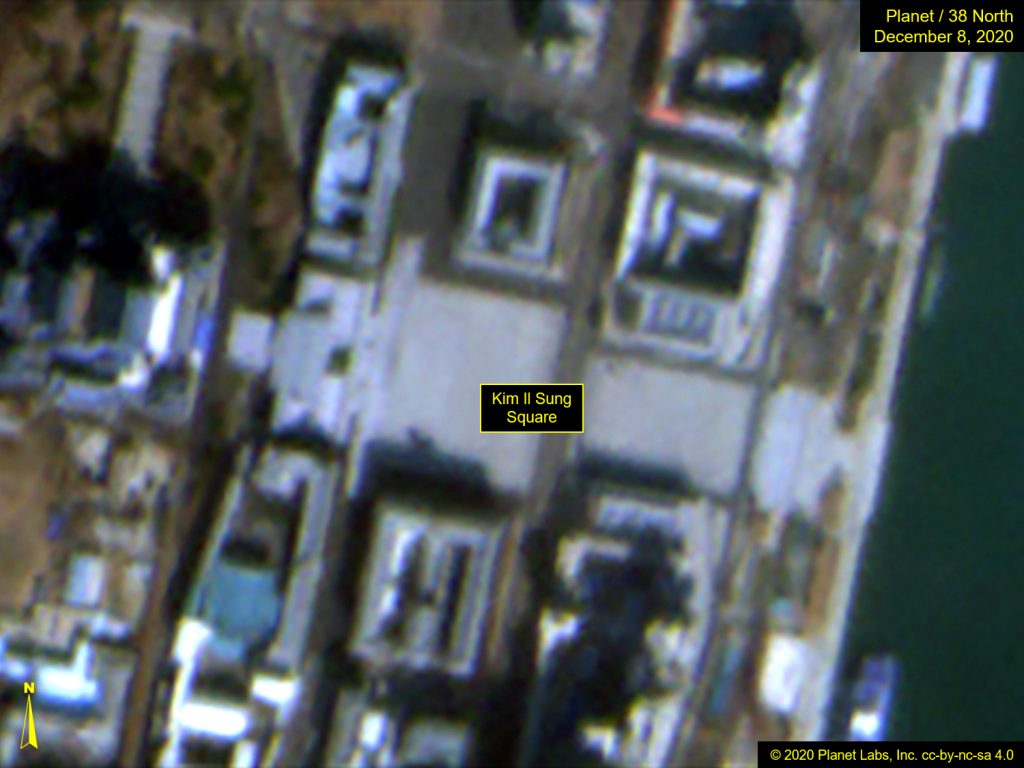 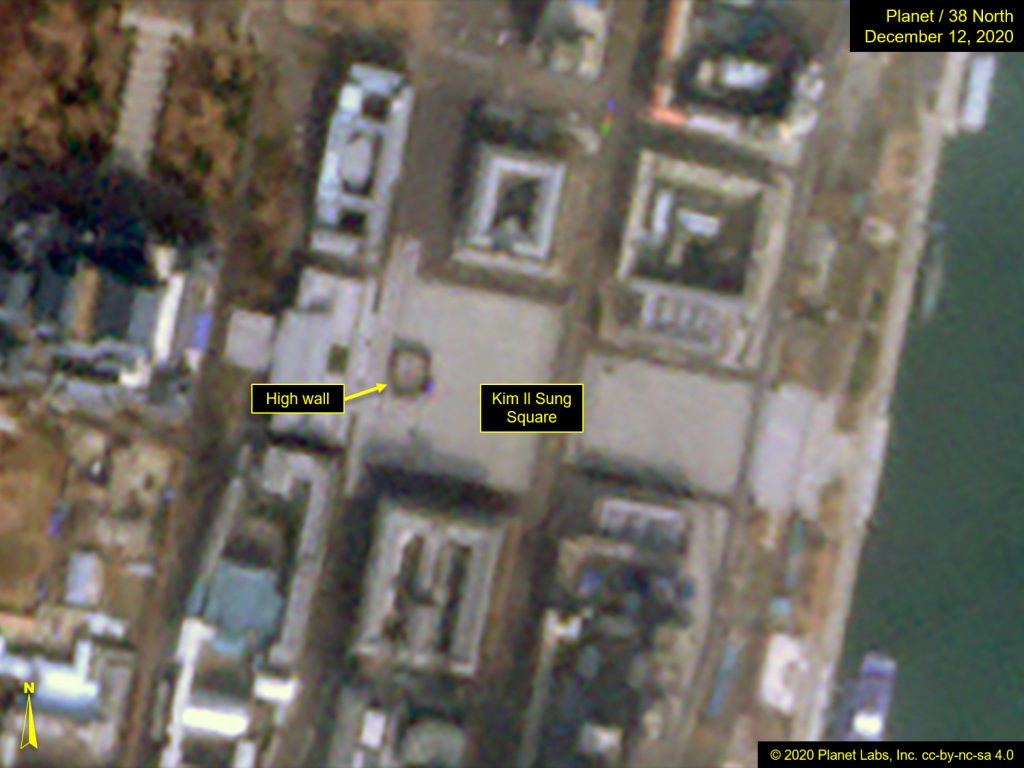