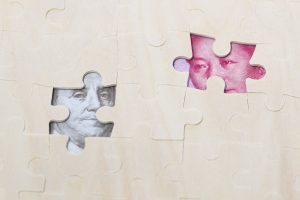 Unusual and likely unsustainable upward movements in North Korea’s won in the last six weeks may suggest considerable changes to the monetary system in the run-up to a new Party Congress and five-year plan next month. Currency stability had been a hallmark of Kim Jong Un’s regime to date, but that now seems in danger. It is not clear whether this is the result of deliberate policy, perhaps aimed at ridding the system of its inefficient dual-pricing structure—or its dollarization—or whether it represents reflexive attempts by authorities to prevent financial panic as external trade falls to near zero amid sanctions and pandemic restrictions.

The State of Play in Exchange Markets

Asia Press (Rimjingang) and Daily NK continue to report this week that the North Korean won remains unusually strong in limited domestic trading, especially against Chinese yuan. Won is up about 13 percent since late October against the US dollar, after seven years of very steady, nearly pegged rates. More curiously, and possibly worrisome, is the almost 40 percent jump against yuan. This means easy money can be made buying cheap yuan inside North Korea and exchanging it for cheap dollars in China—about a 25 percent instant profit on each trade. Two round trips and you can double your money. (The graphs below show the value of foreign money against won, so a downward direction reflects an increase in the value of won.)[1]

Of course, the exchange traders know this, so either they are making huge profits at the expense of the central bank, or something is blocking the exchanges, most likely the latter. This might not be so notable except that the economy is heavily dollarized, with North Koreans using all three currencies in daily transactions. Disallowing or blocking the trade of the hard currencies would be tantamount to a large reduction in money supply, squashing commercial activity and putting an already deprived merchant population in desperate shape.

A corresponding but moderate rise in the won price of corn, the staple food for most of the population, is particularly worrisome, given incomes are likely down with the drop in trade. The price of more expensive rice is stable but is controlled by the authorities. Aggregate price data is not available, but anecdotes suggest prices of the many consumer items imported from China, including sugar, tobacco, soybeans and milled grains, are up sharply.

Most explanations for the rise in won’s value—for example, tight credit, a positive turn in net exports or even a Chinese bailout—would apply equally against both dollars and yuan. Moreover, foreign trade—both exports and imports—appears nearly stopped. Chinese data through November show almost no trade, erasing a decades-long monthly North Korean deficit that at least stems some of the outflows of foreign exchange. In addition to the border closures and sanctions, recent commercial satellite imagery by Planet Labs, analyzed by Voice of America, shows North Korea’s merchant ships, even the smugglers, moored in their harbors since late summer, likely prevented from movement by the quarantine.

One explanation for the dollar-yuan divergence is the different uses of the two foreign currencies. Yuan is used in markets outside of Pyongyang and especially for imported Chinese products. As these have halted because of border closures, demand for yuan may have declined. Dollars are used to a greater extent in Pyongyang and for higher-priced items, including housing. More importantly, in the absence of a viable banking system and weak trust in won, US money is likely thought of as a savings vehicle, especially the higher denominated $100 bills. The largest yuan note is worth only about $15 US dollars, so it is less convenient for safekeeping.

If people have stopped buying consumer products in reaction to the government and border restrictions, they may have increased savings, bidding up the price of dollars against yuan. This is unlikely to last, however, since the fall in incomes will force them to deplete their savings. Yuan, moreover, will look too cheap to pass up. A sudden shift is possible, even likely, catching speculators off guard.

The government is probably orchestrating the currency move—defectors say that the state-owned Foreign Trade Bank sets a guidance rate each morning around which traders buy and sell. It’s not clear why this was done, and no mention has been made in the North Korean media. Whether the authorities are intervening by spending foreign exchange to purchase won is doubtful, except perhaps at the margins of very thin markets. More likely they are pulling in won cash and limiting won credit wherever possible, making won scarce and thus more valuable, while pushing the economy into a deep recession.

Kim may be getting ready for major currency changes in the upcoming Party Congress and a new five-year plan and wishes to create more trust in the won. He might even want to try to end the dollarization, a big headache for regime finances. The problem is the opposite could occur: As soon as the border opens or exchange restrictions ease, panic buying of foreign exchange might ensue, as it did in 2009, collapsing the won and bringing on hyperinflation. Kim’s government has exerted much effort in stabilizing the monetary system, even pegging won to the dollar for a few years, to build trust and ward off speculation. With these uncertain movements, however, that success may suddenly be all undone.