I wish to express my concern regarding the recent statement by the honorable US representative Michael McCaul. Rep. McCaul, a Republican ranking member of the US House Foreign Affairs Committee, criticized that the recently passed revision of the “Inter-Korean Relations Development Act” damages South Korea’s freedom of expression. I, as chair of the Foreign Affairs and Unification Committee at the National Assembly, would like to point out that this concern is coming from a misunderstanding of the amendment, and undermines the democratic process of the Republic of Korea.

The revision is a result of legislative petitions to protect the lives and safety of the 1.12 million people in the border area between the South and North. There has been continuous legislative demand for the prohibition of the practice of floating balloons. The South Korean government, the legislature and judiciary have been debating taking appropriate measures to ensure safety and protect the lives of people in the near-border area, while only minimally limiting freedom of expression. The recently passed bill is the result of a 12-year-long democratic process. 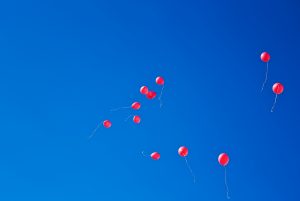 The revision does not ban the act of floating balloons—with anti-regime leaflets, cultural items and cash into North Korea—itself. The practice is prohibited only if it poses “severe harm to people’s life·body or generates grave danger.” However, because of a misinterpretation of the revision, there are concerns that the amendment violates human rights and freedom of expression.

First of all, freedom of expression in the Republic of Korea is completely guaranteed under the constitution. Acts ranging from criticism of the North Korean regime to staging a fake death of Kim Jong Un by burning an effigy, as well as criticism of South Korean President Moon Jae-in and rallying against the Moon administration in the street—which includes acts of beating and burning makeshift dummies of President Moon—are allowed under the name of freedom of expression.

The Ministry of Unification has identified more than 150 groups representing 33,000 North Korean defectors, and their freedom of expression, assembly and association is fully guaranteed. However, the problem is the practice of sending balloons toward North Korea along the inter-Korean border with explicit content—fake nude pictures of Kim Jong Un and his wife, for instance. The distribution of such materials poses a great threat to the lives and property of the Korean people, especially the 1.12 million people who live close to the border.

The practice of sending anti-North Korea leaflets violates the agreement “not to slander or defame each other,” stipulated in the July 4 South-North Joint Communiqué signed by the conservative Park Chung-hee administration in 1972 and in the Agreement on Reconciliation, Non-aggression, Exchanges and Cooperation (the South-North Basic Agreement) signed by the Roh Tae-woo administration in 1991. That is why the Lee Myung-bak and Park Geun-hye administrations banned the practice. During the Park administration, the South Korean Supreme Court ruled that the law enforcement’s involvement to restrain people from sending anti-North Korea flyers to the North was valid.

Unlike the worries of US lawmakers and nongovernmental organizations, practices such as sending balloons from a third country, practices by foreign organizations, and sending balloons near the border in South Korea are not subject to criminalization by the revision unless the acts pose “severe harm to people’s life·body or generate grave danger.” Also, the proposed regulations will not be pursued if the South-North agreements are terminated due to the North’s violation.

In fact, practically, only political practices of sending balloons—which publicly disclose the time and location of the act to the press for political attention to deliberately provoke North Korea—are subject to criminalization. Most North Korean defectors and their groups agree with this. In particular, residents of the border area, regardless of their political views, are widely in favor of passing the revision.

South Korea and the US have repeatedly said that they have no intention of invading North Korea and causing a regime change so that the North would give up the willingness to develop nuclear weapons. However, allowing anti-North Korea propaganda broadcasts and sending leaflets with photoshopped naked pictures of Kim Jong Un’s wife, Ri Sol Ju, from the near-border area are considered psychological warfare, which would be viewed as an act of war.

The Korean Peninsula is legally in a state of war. The end of the war has not been declared. It is quite difficult to persuade North Korea to give up its nuclear weapons program while neglecting such psychological warfare. The core content of the several inter-Korean agreements is the prohibition of mutual slander and mutual recognition of each other’s governmental system. North Korea does not distribute propaganda leaflets to South Korea. On the other hand, it is difficult to force North Korea to abide by inter-Korean agreements while South Korea does not.

When it comes to the delivery of information and goods to North Korea, which US lawmakers and human rights groups are concerned about, the main route is via North Korea-China border smuggling, not through balloons flying from South Korea. Thumb drives and DVDs smuggled into North Korea at the border between North Korea and China are important factors that will lead to the change in North Korean society by informing the North of outside news.

Meanwhile, most North Korean defectors living in South Korea are sending money to their families in North Korea unofficially through Chinese brokers. Under these circumstances, heightened inter-Korean tension due to the practice of sending balloons around the Military Demarcation Line (MDL) not only strengthens the information crackdown near the MDL, but also leads to negative consequences in which external goods and news flows through the border between North Korea and China are controlled more strictly.

If human rights organizations are concerned about human rights conditions in North Korea, I would like to suggest that a more effective way to help is via international organizations such as the World Food Programme and the United Nations Children’s Fund (UNICEF). They are actively engaging with the people of North Korea to help North Koreans suffering from tuberculosis and malnutrition. Furthermore, the reopening of the Kaesong Industrial Complex and Mt. Kumgang tours will gradually deliver outside news and materials to the North. These projects will serve as an opportunity for North Korean society to change and develop.

Sending anti-North Korean balloons around the Military Demarcation Line, which has no actual effect, can be seen as military psychological warfare aimed at overthrowing the North Korean regime rather than improving human rights conditions in the North. The political act of attempting to change the North Korean regime will only have the adverse effect of moving toward a more closed society and further blocking exchanges with the international community.

The amendment to the Inter-Korean Relations Development Act aims to protect the people of Korean nationality without criminalizing the activities of sending leaflets and materials itself and will pave the way for more feasible and tangible measures to better the livelihood of the people of North Korea.