As the Biden administration turns its attention to North Korea, it should signal its support for human rights by reappointing a special envoy for the position on North Korea left vacant for the past four years. The reappointment will give meaning to US President Joseph Biden’s vow to return values to US foreign policy. It will also alert North Korea that ending its isolation and joining the rest of the international community, and especially normalizing its relations with the United States, will have to be accompanied by a lessening of oppression of the North Korean people. Denuclearization will remain the overriding objective of US policy toward North Korea, but human rights and humanitarian issues will play an important part. 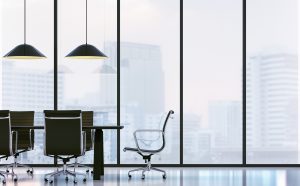 In 2004, Congress, with strong bipartisan support, created the special envoy position “to coordinate and promote efforts to improve respect” for the human rights of North Korea’s people. The envoy’s responsibilities, as set forth in the North Korea Human Rights Act, include “discussions with North Korean officials” and “international efforts” with other states, especially at the United Nations. Congress reauthorized the Act three times, most recently in 2018 with a unanimous vote. But the Trump administration, alleging the need to save costs, proposed “dual-hatting” the envoy’s functions to another US Department of State position, which was then eliminated. In the House of Representatives, the Republican and Democratic co-chairs of the Tom Lantos Human Rights Commission appealed unsuccessfully to the president in 2018 to fill the post so that human rights could be effectively incorporated into talks with North Korea.

President Biden has expressed his commitment to restoring values in American foreign policy and more broadly, to promoting human rights and democracy abroad. To dismiss the human rights situation in North Korea would be contrary both to US values and its national security interests. What makes the reappointment of a special envoy so compelling is the extraordinary nature of North Korea’s human rights situation. For the past 75 years, Kim family rule has largely cut off the people of North Korea from the rest of the world, put them under heavy surveillance, and enforced its authority with political prison camps, public executions, forced labor and other grave abuses. Many have had to endure chronic hunger, poor or non-existent medical care and extreme poverty.

President Obama described North Korea’s government as “probably the worst human rights violator in the world.” President Trump himself told Congress, “no regime has oppressed its own citizens more totally or brutally than the cruel dictatorship in North Korea.” In 2014, the United Nations (UN) Commission of Inquiry (COI), after a yearlong investigation, found the Kim government to be committing “crimes against humanity”—the most serious human rights violations—on a systematic basis as state policy.[1]

President Biden has also emphasized the need for the US to promote its values by strengthening America’s relations with other democracies. The United Nations is one of the most promising forums for a united front on human rights in North Korea, and a special envoy is sorely needed there to promote multilateral cooperation on the protection of human rights. North Korea’s human rights situation is on the agenda of the UN General Assembly and Human Rights Council, and the UN Commission of Inquiry’s nearly 400-page report in 2014 has made recommendations that are waiting to be implemented.

The previous envoy, Robert King, together with representatives from the European Union, Japan and South Korea, played a robust role in mobilizing states to adopt and co-sponsor resolutions on the human rights situation, and in particular to endorse the COI’s creation and its findings. With additional allies like Australia, the coalition successfully placed the issue on the Security Council’s agenda—the highest UN body—from 2014-2017 so that attention could be drawn to the impact of North Korea’s human rights conditions on international peace and security. But after 2018, the human rights situation in North Korea remained absent from the Security Council agenda, and in 2019 the US withdrew its support from the effort; in 2020, only a private (unofficial) meeting was held.

The UN’s Human Rights Council was also in disarray. Neither the US, South Korea, nor Japan co-sponsored the human rights resolution in 2019, and at the General Assembly, South Korea failed to co-sponsor the resolution on North Korean human rights in 2019 and 2020. Clearly, an envoy is needed to build back unity on this issue so that the full potential of the UN forum can be mustered.

The Nexus Between Human Rights and Security

Within the US government, an envoy is needed to develop a coherent strategy on promoting human rights in North Korea that is meshed with negotiations over nuclear weapons and other security issues. Over the past four years, the Trump administration has used human rights as a pressure point one moment and then dropped it at another—achieving, in the end, neither the nuclear agreement for which forsaking human rights was presumed necessary nor building trust in any other area. But nuclear security arrangements require trust as well as effective verification.

The denuclearization and human rights agenda are inextricably intertwined, observed Korea specialist Victor Cha. “The threat” posed by North Korea stems not only from nuclear weapons but from a government possessing those weapons that is “capable of a level of abuse of its own citizens unprecedented in modern human history.” Improvements in North Korea’s human rights conditions “would reflect the leadership’s commitment to reform and make a denuclearization commitment by the DPRK more credible.”

Respect for human rights has even been called the ultimate test of whether Pyongyang will come through on any nuclear deal. The UN Special Rapporteur on Human Rights in the DPRK has called for “a binding agreement” to be negotiated in the course of peace and denuclearization talks, “requiring” North Korea to “cooperate with the United Nations human rights mechanisms and engage with and grant access to independent human rights monitoring…”[2]

An envoy sensitive to both human rights and security concerns can help integrate human rights and humanitarian issues into a comprehensive policy. The envoy can coordinate with all the pertinent bureaus and offices in the State Department, National Security Council and government departments while assuring that human rights and humanitarian concerns are reflected in major statements of the US president, the US secretary of state, the UN Ambassador and other senior officials, and are added to Group of Eight (G8) or comparable communiques and promoted in dialogues with China and other governments.

An Agenda for the Special Envoy

Special Envoy King found that he was able to raise human rights concerns with North Korean officials, including a first vice foreign minister, in the course of discussions about humanitarian aid in 2011. He was further able to gain the release on humanitarian grounds of an American detained for six months in North Korea on unspecified charges. To encourage North Korea to hold talks in the future, political and economic incentives could be applied in a comprehensive policy.

Integrating human rights concerns in other policy areas would also be important, for example, making sure workers’ rights are included in any commercial or development arrangement that might arise, that significant women’s participation is insisted upon in NGO-funded training programs, or that food and medical aid be stringently monitored and distributed equitably so as to reach the most vulnerable, including those in detention facilities, a point accepted by North Korea in 2019 at the UN Universal Periodic Review.

The special envoy’s expertise would further come into play in evaluating the extent to which North Korean human rights practices warrant the lifting of US sanctions. Under the North Korea Sanctions and Policy Enhancement Act of 2016, for sanctions to be suspended, North Korea must show progress in prison conditions, the release of political prisoners, the repatriation of abducted foreigners, family reunification meetings, and the cessation of censorship and other political restrictions.[3] Although such provisions can presumably be waived on national security grounds, explaining them to North Korean officials should be a part of discussions.

A prioritizing of human rights issues would also be important. Some argue that the most sensitive concerns should not be among the initial ones raised with North Korea. King, for example, recommends that given North Koreans’ limited access to information, “We could press the North Koreans for more contact, for more openness, more travel for North Koreans” and encourage greater “flow of information.” Others recommend beginning with what is called “low hanging fruit,” or topics to which North Korea might be more amenable, involving women, the disabled or greater access to orphanages. Still others believe it’s time to raise the tougher issues because they are widely known, given the COI report, the consensus adoption of General Assembly resolutions since 2016 and US legislation on the subject.

North Korea, it is pointed out, has in the past made some concessions when it found it in its interest, such as admitting the existence of reeducation through labor camps, releasing a small number of abducted Japanese, allowing into the country the UN special rapporteur on disabilities, and even negotiating with a humanitarian organization in recent years to allow its entry to prisons for health reasons, although the effort to date has failed to come to fruition.

If the United States is truly interested in addressing human rights in North Korea, it must begin by appointing a special envoy. The envoy’s public education and liaison roles have had ripple effects internationally with NGOs, academics, think tanks and governments; the encouragement of increased broadcasting into North Korea by Voice of America and Radio Free Asia has also had an impact inside the country.

North Korea would certainly become far less of a danger to the world if it could be encouraged to move toward a more open society with respect for human rights. Both Presidents Carter and Ronald Reagan, in their dealings with the highly nuclearized former Soviet Union, found that the promotion of human rights reinforced their strategic objectives. President Biden should follow their example. North Korea cannot be expected to honor a nuclear weapons agreement and normalize relations without opening up its country to scrutiny.