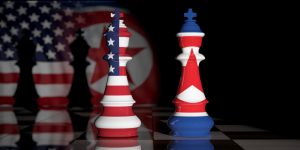 As a candidate for US president, Joseph Biden wrote: “I’ll engage in principled diplomacy and keep pressing toward a denuclearized North Korea and a unified Korean Peninsula, while working to reunite Korean Americans separated from loved ones in North Korea for decades.” At his confirmation hearing, US Secretary of State Antony Blinken indicated that the Biden administration will carry out a policy review to assess what “can be effective in terms of increasing pressure on North Korea to come to the negotiating table, as well as what other diplomatic initiatives may be possible.”

President Biden now has an opportunity to set the foundation for a new US approach that advances stability and peace on the Korean Peninsula.[1] To do so, the new administration should guard against getting bogged down in an escalatory ladder with North Korea by initiating an early strategic opening with Pyongyang to test whether a serious diplomatic process can be sustained. The unachievable objective of complete, verifiable, irreversible denuclearization (CVID) should be dropped in favor of a more realistic step-by-step approach based on an equal commitment to denuclearization and peace. This approach should be backstopped by reinvigorated ties with South Korea and Japan, working with China while maintaining realistic expectations for its support, a streamlined and modernized sanctions regime, and bolstered deterrence of North Korea. Exchanges all the way up the diplomatic ladder from negotiators to leaders will be the only way to make progress.

What to Expect as the Biden Administration Enters Office

As he enters his tenth year as North Korea’s leader, Kim Jong Un has shown himself to be a resourceful pragmatist who stands to maintain a strong position for the foreseeable future. Although North Korea continues to face serious vulnerabilities—including a troubling economic situation, flood damage, food insecurity and the coronavirus—the leadership’s staying power shouldn’t be underestimated. Once the pandemic eases, Chinese assistance will resume, the bite of sanctions will continue to diminish due to successful evasion strategies and lax enforcement, and South Korean President Moon Jae-in will be keen to advance inter-Korean relations during the year or so he has left in office. Steady, unconstrained advances in North Korea’s nuclear and missile programs, as well as conventional weapons, are translating into a growing threat to the United States and allies, while providing Kim with the confidence to deter any outside threat against him.

Still, Kim appears to have left the door open to diplomacy with the United States. No doubt this is due to a mix of motives. He has a clear desire to modernize his economy, which he admits has not happened over the past several years. Reflecting traditional North Korean concerns about Chinese influence, he may hope to avoid overreliance on Beijing. And very aware of the power imbalance with the United States, Kim may see diplomacy as a useful tool to keep Washington at bay.

Elements of a Principled US Strategy

The Biden administration’s early moves can help shape an atmosphere conducive to testing whether a serious diplomatic process with Pyongyang can be initiated and sustained. The following measures can help to prepare the groundwork for a constructive negotiating environment to advance US interests:

While carrying out a policy review, make the first move. Whether North Korea decides to carry out a provocative act to force a crisis or seeks engagement, Washington risks ceding the field to Pyongyang by doing nothing. It is far better for the US to take the initiative and, to the extent possible, set the table for the next four years of engagement. Close consultation with allies is important—they essentially want Washington to lead, the sooner the better. As part of this early outreach to North Korea via quiet diplomacy, the Biden administration should:

Rebuild allied confidence and coordination. Ending alliance tensions and increasing bilateral and trilateral cooperation will be essential. Finalizing military burden sharing agreements with South Korea and Japan will help alleviate tensions. A US-ROK group should examine the role of the alliance and offer recommendations on how it might adapt to an evolving security landscape. The expansion of US-ROK cooperation would ensure a common approach for moving inter-Korean dialogue and the peace agenda forward. Resuming trilateral sessions will reassure Japan that its interests will not be left behind.

Work with China but don’t expect too much. Beyond our allies, any stable solution to security issues on the peninsula will require Chinese buy-in, but expectations for Beijing to play an active and constructive role should be kept in check. China is more likely to view a nuclear-armed North Korea as a useful geostrategic pawn in the Sino-US competition. Even so, China will be motivated to restrain the North from provoking a crisis or triggering US moves that would undermine its security. While seeking China’s support for diplomacy aimed at strengthening the common goal of stability, the US will want to avoid steps that place China in the driver’s seat or give it undue influence over events on the peninsula.

Communicate a clear break with the Trump administration’s maximalist approach, moving away from the “Libya Model” (complete denuclearization up front) to a stepwise process. The establishment of a peace regime on the Korean Peninsula and a process for denuclearization should be pursued in phases that immediately address the North’s stated concerns about Washington’s “hostile policy,” defined by Pyongyang as US efforts to undermine its security and economic and political stability, while enhancing the security of the United States and its allies.

The key objectives of a first-phase denuclearization agenda should emphasize halting the development of new warheads and long-range missiles, slowing the production of fissile material and building transparency. Priorities should include:

The main objective of a first-phase peace agenda should be to work toward establishing a new political, economic and security relationship between the United States and North Korea that would reflect diminishing tensions and address what North Korea has called the US’s “hostile policy.” While Pyongyang’s demands in the initial phase of negotiations remain to some degree unclear (they may reflect positions the North took during the Singapore and Hanoi summits), steps that can be integrated into a phased denuclearization process include:

Streamline and modernize the DPRK sanctions regime. Existing sanctions against North Korea are a diminishing asset and unlikely to coerce a change in Pyongyang’s policy. It should be clear by now that without a viable diplomatic off-ramp, sanctions alone will not bring about progress in constraining North Korea’s nuclear and missile efforts. They provide leverage—including inflicting reputational damage on North Korea, raising the cost of conducting business abroad, and as bargaining chips in negotiations—and the US should be prepared to offer meaningful sanctions relief in exchange for meaningful limitations on the North’s WMD programs. As the administration considers sanctions relief, it should seek to streamline the existing regime by promoting more effective enforcement, including enhanced measures to prevent DPRK imports of WMD-related technologies, and devising a strategy to counter North Korea’s cybercrime activities, which have reaped billions of dollars for the regime.

Bolster deterrence. While successful diplomacy can help slow or stop North Korea’s development of threatening weapons, the Biden administration should consider steps to repair the extended deterrence relationship with South Korea and to enhance deterrence of the North. These steps could range from modest efforts to bolster the US conventional military posture and deepen consultation processes to more consequential decisions to strengthen the US nuclear “umbrella” and the adoption of a NATO-like nuclear sharing arrangement. South Korea and Japan should be quickly engaged with assurances of the US commitment to develop a comprehensive deterrence strategy. Since allied perceptions are influenced by the ability of the United States to deter and defend its own homeland, also under increasing stress, a new administration should review its strategy for countering North Korea’s growing missile arsenal.

A principled diplomatic strategy could help break the impasse in talks with Pyongyang. The goal of denuclearization should be maintained but reframed in a more realistic way that seeks to secure achievable limits on North Korea’s nuclear and missile capabilities in the near term. To make progress, equal attention should be focused on the North’s priority of establishing a new political, economic and security relationship between the United States and North Korea that would reflect diminishing tensions. Diplomacy with Pyongyang should be pursued from the working level up to and including the Secretary of State. There is also good reason to seriously consider leader-to-leader summits as Kim Jong Un appears to hold tight control over any negotiations involving nuclear issues.

With all of the urgent priorities on its plate, the Biden administration might be wary about pursuing a proactive approach to North Korea. But one key lesson we’ve learned over time is the longer we kick this can down the road, the more limited our options become. And given tenuous communications channels, we could slip back to a ratcheting up of hostilities quickly, including once again spiraling toward military confrontation, either by design or miscalculation. Preventing such a scenario should be a priority.