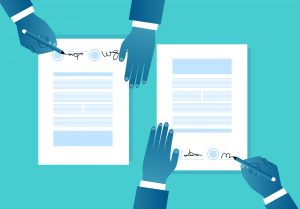 It is imperative that the Biden administration engage with North Korea as early as possible to resume denuclearization talks, with the aim of freezing and eventually rolling back its extensive nuclear programs and capabilities. The reaffirmation by US President Joseph Biden and North Korean Chairman Kim Jong Un of the Singapore Joint Statement, preferably in an exchange of letters, should be the jumping-off point for relaunching these negotiations.

Back to the Future?

Many North Korean experts, based on Pyongyang’s past actions, have predicted that the Kim regime would engage in provocative behavior such as nuclear and missile tests and bellicose rhetoric against the new Biden administration. Since the 1990s, North Korea has repeatedly used this tactic either to press the US to come to the negotiation table or to extract extra concessions. North Korea also has technical and operational reasons to conduct nuclear and missile tests.

There are several reasons to believe, however, that North Korea might act somewhat out of character this time, refraining from serious provocations and opting instead for its own policy of “strategic patience” toward the US for the time being. The reasons are as follows:

In sum, North Korea will likely refrain from “hard provocation” with nuclear and longer-range missile tests for now and wait until an opportune moment to maximize the threat and brinkmanship effects of such tests. Instead, the Democratic People’s Republic of Korea (DPRK) seems to have chosen the path of “soft provocation”—as it declared at the Eighth Party Congress and as reflected in its recent tests of cruise missiles and shorter-range ballistic missiles—and a sort of revival of its byungjin policy—the simultaneous pursuit of economic growth and the development of more capable strategic nuclear weapons.[2]

The North Korean nuclear issue does not seem to be as high of a foreign policy priority for the new administration as it was over the past four years. Other than articulating some broad principles for future engagement with North Korea—working-level negotiations prior to summits, continued use of sanctions to maintain pressure and refusal to interact with problem nations without preconditions—the administration does not seem to be in a hurry to launch new negotiations despite what appears to be some early communications. Some North Korea observers have predicted the return of the Obama-era “strategic patience” policy, which was basically sanctioning and waiting until North Korea surrendered or collapsed. This conservative and cautious approach could be justified since numerous nuclear agreements with North Korea over the last three decades were repeatedly violated and discarded by North Korea.

However, it is unlikely that the “strategic patience” policy will return. Maximum US pressure notwithstanding, North Korea has neither surrendered nor collapsed, and it won’t do so in the future; on the contrary, it accelerated its nuclear weapons development and probably will continue to do so if the new administration embraces strategic patience again. The United States cannot afford to repeat that experience since North Korea’s nuclear and missile capabilities now pose a direct national security threat to the US homeland and severely undermine the nuclear nonproliferation, disarmament and nuclear security regimes the Biden administration vows to restore and lead.

The North Korean nuclear issue, therefore, requires immediate attention and actions from the Biden administration. The North Koreans seem to believe Kim was humiliated when he returned empty-handed from the failed Hanoi Summit; thus, it won’t be easy to bring the North back to the negotiating table and reach a denuclearization agreement. Despite the gloomy prospects, both sides have incentives to reach an interim nuclear agreement. Washington is eager to maintain Pyongyang’s nuclear and missile test moratorium and curb its fissile material production and longer-range missile development. North Korea, suffering from food, economic, energy and public health crises, strongly wants the US to ease sanctions, suspend joint military exercises, provide humanitarian assistance and agree to normalize relations.

What should the US do to kick-start denuclearization negotiations? First and most importantly, the Biden administration must reaffirm its commitment to the 2018 Singapore US-DPRK Joint Statement as soon as possible. This is important for several reasons. First, the four goals agreed upon in the Joint Statement—new US-DPRK relations, a “lasting and stable peace regime” on the peninsula, complete denuclearization of the peninsula, and the return of American POW/MIA remains—are exactly the goals that any US government would pursue.

If the US walked away from the Singapore Joint Statement, it is not certain that North Korea would accept negotiations for a new agreement; instead, the regime, having watched the Biden administration scrap a deal signed personally by Kim, is likely to be very uncooperative. The current climate for negotiation is worse than in 2018, owing to advancements in the North Korean nuclear arsenal and intensifying US-China competition. Therefore, even if the North agreed to conclude a nuclear deal, it could be worse than the already problematic Singapore Joint Statement. For example, considering what North Korea declared at the 2020 Workers’ Party Foundation Day and 2021 Workers’ Party Congress, Pyongyang is less likely to recommit itself to the goal of “complete denuclearization” going forward.[3]

Second, the Biden administration needs to reaffirm its commitment to the “Four Nos” of US policy toward North Korea, that is to: 1) not seek regime change, 2) not seek the collapse of the regime, 3) not seek accelerated reunification; and 4) not send US forces beyond the demilitarized line. These principles were presented jointly by Secretary of State Rex Tillerson and Secretary of Defense James Mattis in a Wall Street Journal op-ed in August 2017; they did not go beyond what US governments had repeatedly declared when Pyongyang asked Washington “to end its hostile policy.” There would be nothing to lose by repeating them again, and it might encourage the North to refrain from provocations and be patient.

Third, the 2018 North Korean moratorium on nuclear and missile tests needs to be reaffirmed. Even if North Korea adopts a posture of “strategic patience” toward the US for now, it would not last long—and once the North renews provocative actions, it will, as has happened in the past, ignite a chain reaction of stronger responses from both countries. Kim Jong Un cannot afford to be perceived as weak, while the Biden administration would also respond strongly to ward off criticism that it is appeasing North Korea and to send a clear message to other problem states. The North Koreans seem to think the moratorium was a generous gesture by Kim to induce reciprocal US responses. To keep the testing moratoria in place, the US will need to express its willingness to engage with the North,  continue the suspension of large-scale joint US-ROK military exercises and build new bilateral relations.

Lastly, the Biden administration must facilitate presidential-level communications with the North if the administration is serious about reaching a nuclear agreement and curbing Pyongyang’s extensive nuclear and missile programs. President Biden has made clear that there will not be a summit without prior working-level negotiations and substantial progress on denuclearization. It is safe to assume the North Koreans are not expecting “love letters” from President Biden. But presidential communications matter a lot to North Korea. During the Iran nuclear negotiations, President Obama took the bold step of communicating directly with Iranian political and religious leaders; there is no doubt that his “historic” phone calls to Iranian President Hassan Rouhani and secret exchanges of letters with Supreme Leader Khamenei expedited the conclusion of the 2015 Iran nuclear deal. Similarly, communications between Presidents Biden and Kim would help both parties effectively resume stalled nuclear negotiations and strike denuclearization agreements.

Over the past 30 years, the United States has repeatedly failed to make North Korea give up its nuclear weapons and abide by denuclearization agreements. The DPRK seems determined to remain a nuclear-armed state; therefore, the United States cannot afford to wait until the Kim regime changes its mind and voluntarily heads back to the negotiating table. If it stays on its current course, it could before too long join a group of “de-facto nuclear weapon states” like Pakistan, India and Israel. We cannot and should not let that happen.

Therefore, it is imperative that we engage with North Korea as early as possible to resume denuclearization talks and constrain its expanding nuclear programs. If Washington wants to prevent Pyongyang from resuming nuclear and long-range missile testing, further developing hydrogen bombs and mid- to long-range missiles, and accumulating additional fissile material and nuclear warheads, the most important step to expedite a resumption of negotiations would be for President Biden and Chairman Kim to reaffirm their commitment to the Singapore Joint Statement.