Not yet spring, and still too cold to be meeting outside on the patio. Nevertheless, there sat Inspector O at a small table off by himself, without a heater, and much exposed to the wind. 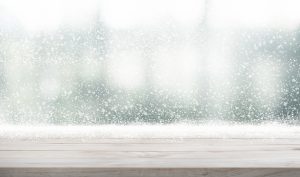 He seemed to be concentrating on a small notebook, but I knew he would see me as I slipped across the icy flagstones. There is no one more acutely aware of his surroundings at all times than O. When he didn’t look up to welcome me, I figured it would be best not to let him think he had me nonplussed. Action for action, as he likes to say. “Are they serving out here,” I said to no one in particular, “or was I supposed to bring my own coffee in the middle of a blizzard?”

O ignored me. Finally, still paging through the notebook, he said curtly, “You don’t get it.” Then he looked up and, with a faint frown on his brow, nodded toward a nearby chair.

I dragged it over and smiled as I sat down. We were off to a good start. If the wind became any stronger, we might be blown into the azalea bushes. “I don’t get what? Speaking of which, can I get a latte? A single espresso? A cup of hot water?”

O scowled. “You people really don’t get it.”

I took a breath and held it for a moment. The addition of “people” in the equation meant he was going to delve into something beyond anything that I personally had done. That suggested we could be out here in the cold awhile. Already, I could feel my ears starting to freeze. O looked completely comfortable. “Wouldn’t you rather,” I ventured without much hope, “sit inside?”

O shook his head. We were staying where we were.

“OK,” I glanced around. “Before we begin, is there a waiter in the vicinity? A bus person?”

O leaned into the wind, which had picked up considerably. “Here we sit, Church, lonely as a longhorn in hell.”

There was a moment of silence as I tried to place the image.

“They’re not serving. No electricity.” He smiled to himself. “Imagine that.”

“It’s this weather,” I said. “This isn’t normal for Texas. Why couldn’t we meet somewhere warm, like, I don’t know, Cancun?”

“Not a chance. Let’s get to the point. Care to press a reset button?”

I searched for my gloves.

“Reset button, Church. Past time for that, but maybe give it a go. Aren’t your people even a little afraid of a repeat of what happened under…”

“…under the previous Democratic administration? Is that it? Were you hoping for another outcome?”

“No, actually, by now we know we can’t be choosey. If you had a stolen election, nothing we can do.” He smiled. “Kidding.”

I stared at him. “I know where you’re going with this, and if you are thinking what I’m sure you’re thinking, don’t. Don’t even mention the riot at the Capitol.”

“Why would I want to do that?” He sounded wounded. “It’s your misfortune and none of my own, isn’t that how the song goes?”

“Say, come to think of it, did I notice that your TV news didn’t carry any film of the mob?” I twisted what I imagined might be a knife. “Too worried the people might get some ideas?”

O smiled. “Really, Church, you amaze me sometimes. No, no worries. Orders from the top,” he pointed his nose toward the sky. “Any mention of said events—that included film—was to be strictly avoided lest it embarrass Washington.”

That drew a self-satisfied smile. “You’ll think whatever you want to think. That isn’t why we’re here.”

“Yes, I know, you dragged me out in 13-degree weather to press a reset button.”

“Believe it or not, in some quarters in my capital, hope springs eternal. There are at least a few people who are arguing that maybe it will finally be clear to Washington after more than 30 years. Thirty years, Church! Can you finally get it?”

“Apparently not. Give me the damned button, I’ll press it, and then I’m going to get some hot soup.”

“Sit! Do you realize that in my country, we think strategically? We really do. Strategic, that means in more than two or four-year intervals. It shouldn’t be hard to see why. We don’t have a lot of distractions, there’s not a lot else to chew over during staff meetings. That’s the advantage of being small and weak. Shrimps focus.”

“Shrimps, Church. They may not look like they focus, but they do.” He took a flask from his jacket pocket. He watched my eyes. “You like shrimp?”

“Cognac,” he said. From his other pocket, he took two small paper cups. “Care for a nip?”

“To better days,” I lifted my cup and downed what he had poured all in one go.

“You really should savor it,” O said. “Swirl it around, partake of the perfume, put a bit on your tongue and test the essence.” He nodded. “Oh, what the hell, down the thatch.”

He capped the flask, then, pulling an envelope from an inside pocket, carefully extracted a piece of paper. He handled it with exquisite care, as if it were a precious relic. Through the freezing rain, I could see the handwriting on what looked like a high-class bond. The ink was starting to run.

“I’ve been entrusted with this,” he said. “I’m supposed to read it to you.”

I sat back. “Might be easier to listen with a cup of coffee. Maybe we should sit where that paper won’t get wet if the snow really starts coming down again.”

“We’ll skip over the fruity introductory language. Dah, dah, dah. Ah, here.” He gave me a stern look and drew up straight in his chair. “‘Beginning in 1991, my grandfather’—I’m quoting here—‘made a strategic decision that altered our entire posture, totally and fundamentally toward your country. We gave you a broad hint in 1992. Went right over your heads.’”

“Don’t be dense, Church. You know what this is, where it’s from, who wrote it, and whose sister took it down as it was dictated.”

“‘That’—I presume referring here to the strategic decision—‘endured in ways your people didn’t seem ever to grasp, not even faintly. My father followed through on that, and but for a few years in the late 1990s, still you wandered in the wilderness through two presidents, 16 ridiculous years.’” O stopped reading, folded the paper, carefully replaced it in the envelope, and put it back in his pocket. “Can it be any clearer, Church? It shouldn’t be so hard to see the main point, it should have been obvious for all that time. But you insisted on hypnotizing yourselves with other things, mice scurrying through the brambles.”

“Nice image,” I said. “But that’s all? I thought I noticed it went on for another paragraph or so.”

“Inspector,” I jiggled the paper cup slightly to suggest more cognac would be welcome. “You just read me an obscure history lesson. That’s no good at this point, it’s no help. Past is past. People’s minds are made up. Even the barnacles have barnacles. There has to be more, a gesture, a concrete action, a plus alpha.”

O held up his hand.

“I’m telling you straight, if the, ah, person whose strategic thinking you have relayed to me…”

“…can only provide a history lesson, it won’t fly. People are going to want to know, what about now?”

“What you just heard, Church, was a description of a vector, not some minor tactical decision, not some blip, but something much more profound. You keep saying you want us to make a strategic decision. Good God! We made it! Why would things have changed?”

O sat back, his brow furrowed, though whether in concern or consternation, I couldn’t be sure. “If you are still doubtful, the only way to know is to probe. Something serious. And we’ll know what’s serious, don’t worry about that.”

“Maybe a certain someone should have taken up the offer to fly home on Air Force One. After all, he took an Air China flight to Singapore.”

“Air China is a Star Alliance member. One gets points. Need I remind you, 1K is nothing to sneeze at.”

“Look, all I meant was, we can’t afford to have things go off track like they did. What you may end up with if you’re not careful is more pressure.”

“More pressure?” O’s eyebrows shot up. “More? Beyond ‘maximum’? Maybe ‘gargantuan pressure?’ Take it up a level, how about ‘humongous pressure?’” He started laughing hysterically. “No, I have it, ‘supersized.’” Tears were running down his face, “Wait for this, Church! Brobdingnagian pressure! We’ll all die of LAUGHTER!”

“Are you done? I thought you were delivering an important communication.”

“I was, but I see now it’s hopeless. Strategically, we have been aiming for normal relations with your country for a long time. We want a balancer, we don’t want the Chinese constantly breathing down our necks, prepared to sell us out when it suits their purposes. Do you really think we care a flying…”

“…fig about your troops in the South? They can come up and play on the Pyongyang Golf Course for all we care. Send a carrier to Wonsan, or even better, to Nampho on a port call. That would be a pretty sight. The Chinese would faint they’d be so angry.”

“What about your nuclear program?”

“What about it? It’s Bolton’s baby, he helped create it. What are we going to do with 50 nuclear weapons?”

“Heard that once before. No, we can’t. Right now, though, they’re very good to have.”

“But you won’t ever give them up.”

A slight pause, then a sigh. “This is a conversation we’ve been having for decades. You don’t seem to want us to give them up, or to really test to see what we might have in mind. You keep piddling around, looking to bring us down, but you forget we have people who happily will churn out more.” O looked at his watch. “I have to catch a plane.” He stood up. “Think about it, Church. If the nuclear program is all you care about, if that’s all you can think about, if you are going to ignore what’s been in front of you all these years, then that’s that. You can’t take a shower in a parakeet cage.”

It took me a second to remember the next line, but by the time I called after him, “You can’t roller skate in a buffalo herd,” my voice was lost in the howling wind. And he had disappeared in a blizzard that looked like it was going to last for a long, long time.