Commercial satellite imagery of the Sinpho South Shipyard from March 24, 2021 indicates that the floating drydock, normally moored at a nearby pier, has recently been repositioned alongside the construction hall’s submarine-launch quay. Since this drydock has seldom been observed positioned next to the quay, its presence may indicate one of two developments. First, the new ballistic missile submarine, which has been under construction for several years, may be nearing completion or is ready to be rolled out and launched in the near future. Alternatively, the drydock may be there for rail alignment adjustment with those on the quay, as no submarine is known to have been launched from this location as of yet.

Figure 1. Movement of the floating drydock to alongside the submarine launch-quay. 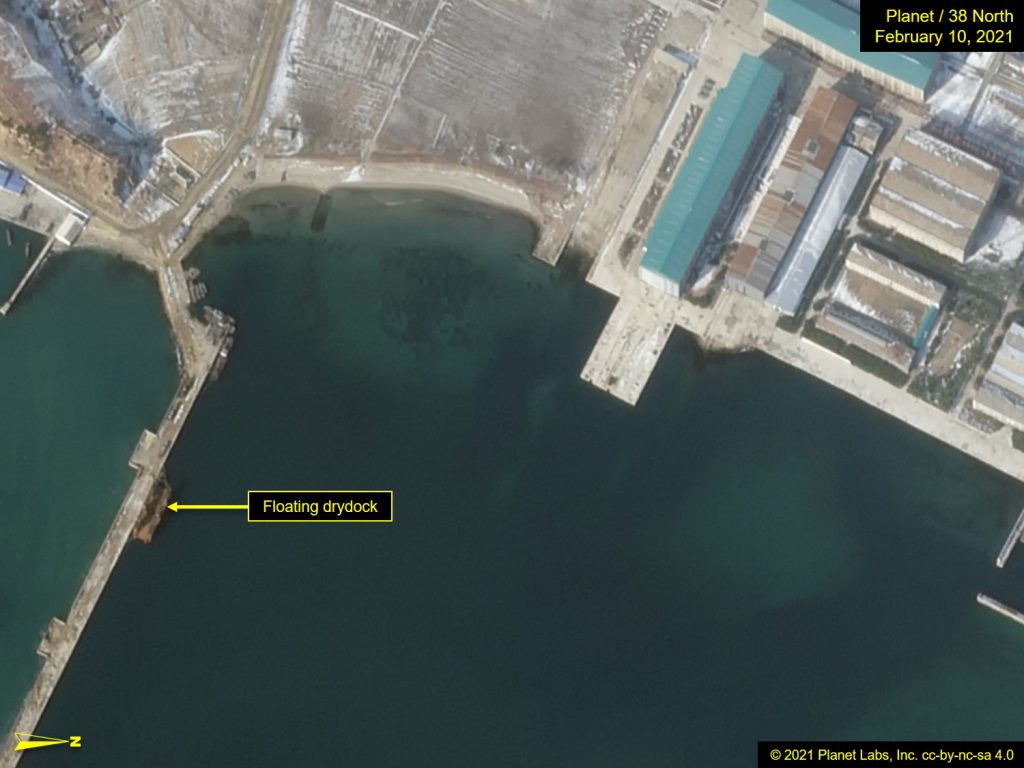 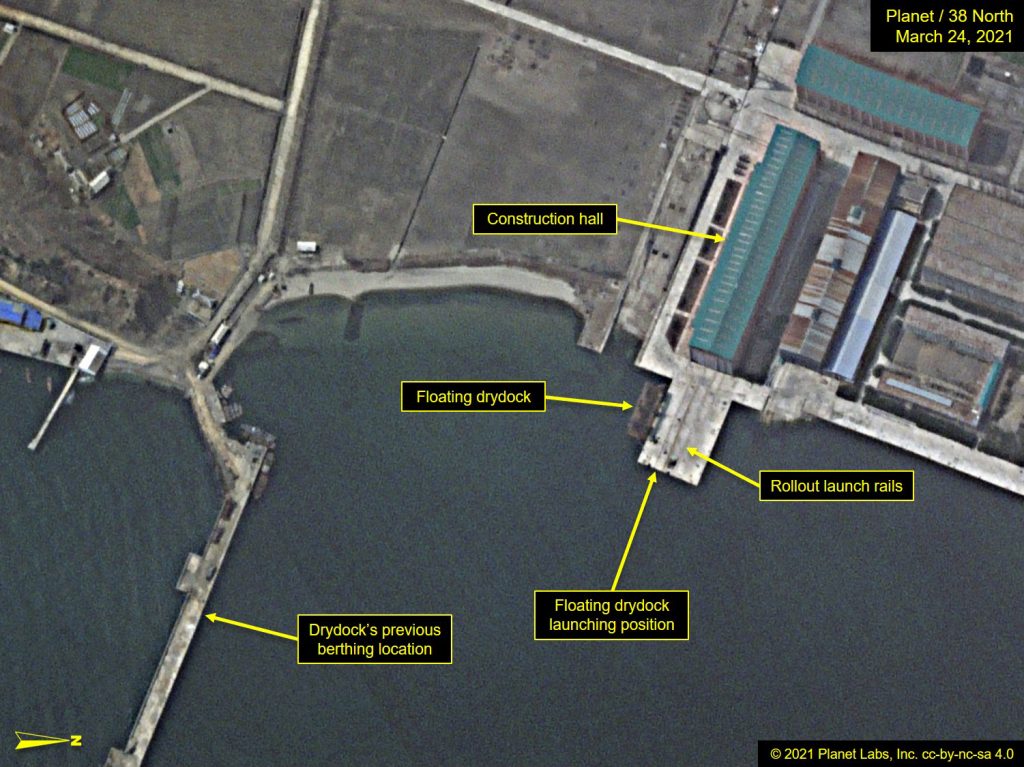 The launch of the new submarine is something that has been expected for the past couple of years for several reasons. These include:

For these reasons, the presence of the floating drydock at its current location suggests early preparations to move a submarine from the construction halls into the water. Since the quay is level and not inclined toward the water, as is the case of a traditional marine railway, the drydock is needed for a launch and would be positioned in line with the rails used to support and transport the submarine as it is rolled out from the construction hall. After the submarine has been properly centered on the drydock, the drydock would pull away and submerge enough so that the submarine can float off.

Historically, the refurbishment of the construction hall and the quay construction were completed in September 2016. The drydock was brought to the quay at that time, presumably for alignment testing. Since then, there has been no evidence of any vessel being launched from that quay. Therefore, bringing the floating drydock to the quay once again may be simply for a fit test to check the proper alignment of the drydock’s rails to those on the quay.