Commercial satellite imagery indicates that construction work on a new quay at the petroleum, oil and lubricant (POL) storage area in Nampho port has resumed after a winter break. Work on the container dock has also resumed, with a large probable storage building nearing completion.

Nampho is one of North Korea’s largest and busiest ports and a key entry point for cargo from China and Southeast Asia. The city is just 40 kilometers from Pyongyang and linked to the capital by a railway line and the Youth Hero Motorway.

Preparations for the new quay began in October when trucks were observed delivering dirt to a site approximately 300 meters north of the riverbank. A large pile of dirt appeared near the riverbank during the first week of November, and construction began on November 8.

However, the work appeared to last only three days. From November 11 onwards, the quay’s footprint remained unchanged through the winter months when Nampho port is largely ice locked.

Figure 1. Early preparations for the new quay in October and November 2020. 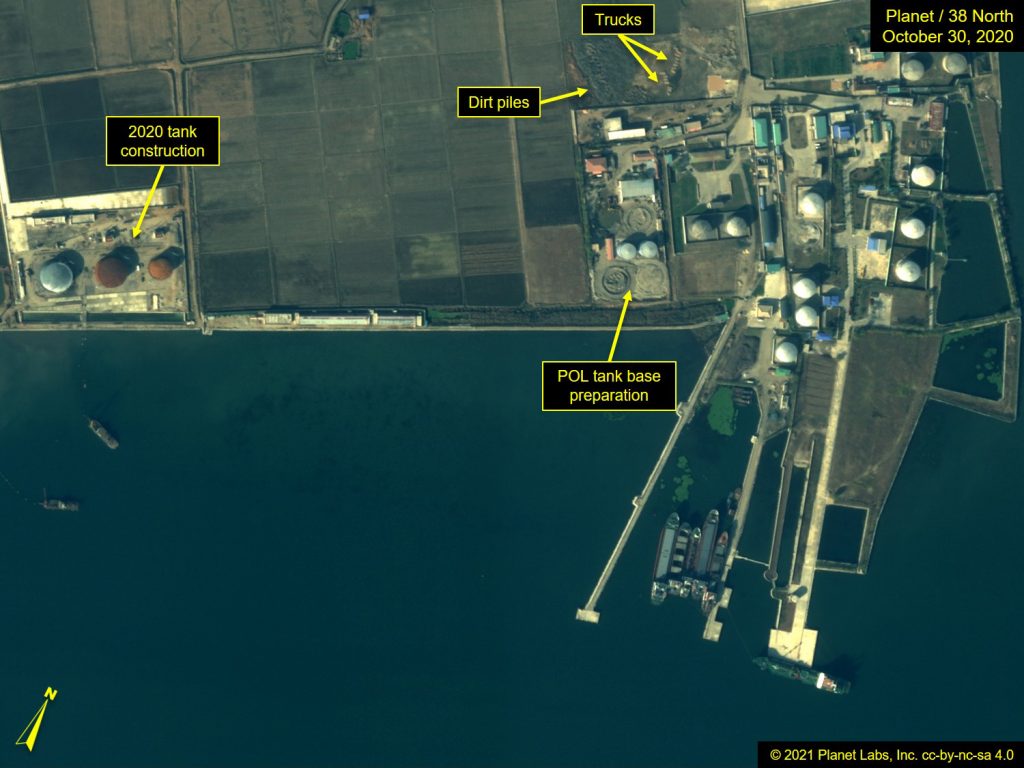 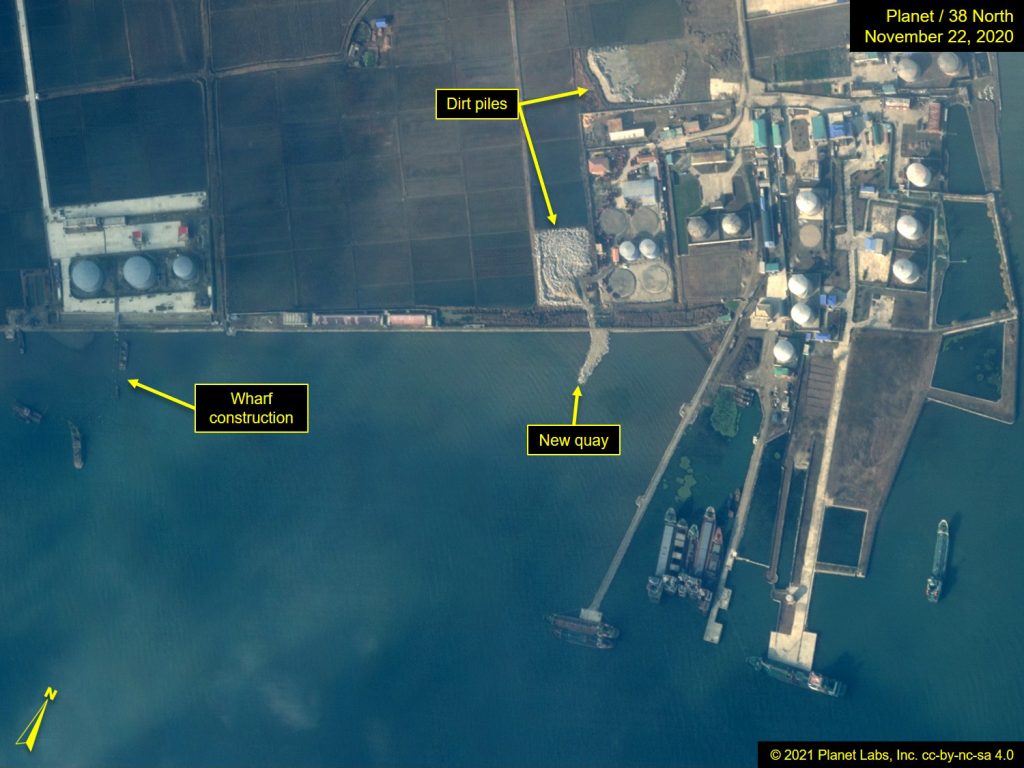 The footprint started expanding again from mid-March, and by early April, it appears more defined. Construction equipment is observed on the quay, and materials are seen staged at three nearby areas that have been readied for future POL storage tanks.

The new quay is being constructed approximately 600 meters to the east of a new wharf that was completed earlier this year. The wharf connects ships with a POL storage area built in 2020.

On the eastern side of Nampho port, the roof has been completed on a large building on the container dock. Imagery from its early construction phases shows that it is divided into large rooms, which could be used for storage of goods.

Unlike the usual practice, containers do not appear to leave Nampho port. Instead, the containers are offloaded, and their cargo is usually transferred onto trucks at the dock. The containers appear to then sit empty on the dock until new cargo arrives for shipment. The new building could be a storage area for cargo waiting for transfer.

A smaller building has also been constructed adjacent to the large building, and a third new building is being built nearby.

There are several containers on the dock, although the volume does not appear to have significantly changed in the last few months. Interestingly, some of the containers have been arranged to wall off part of the dock. The reason for this is unclear.