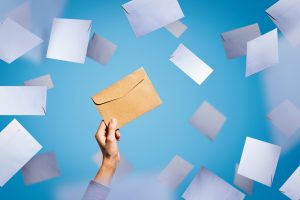 Serious engagement between the US and the Democratic People’s Republic of Korea (DPRK) has typically employed three strands of signaling: lower-level official statements or commentary; substantive positions discussed at the negotiating table; and private messages between the two countries’ top leaders. Historically, it has been difficult for Washington to coordinate these strands. The North Koreans may have their own problems but have generally exhibited more message discipline and tuned the three to reinforce each other. Although there may seem to be differences between the North’s private and the public lines, on closer examination, the signals are almost always consistent, pointing in the same direction if not necessarily to the same degree.

Examining one of these three strands in isolation may not seem ideal. Because international relations are invariably affected by myriad, complex forces, examining all of those signaling strands together is important to achieve the most comprehensive understanding. It is also important in order to understand how those at the center of the storm experienced the reality of information and events pounding at the doors and pouring through the windows. But in the case of US-DPRK relations during the Trump era, a detailed review of this one strand—the communications between the two leaders—is still essential to produce a more accurate view of the whole. As I have noted before in both Foreign Policy and here on 38 North, this is one example where the letters appear to have had a direct impact on bilateral relations.

There is a methodological problem worth mentioning here. The date on any letter is not necessarily the same thing as the date it was received or read. Delivery of letters in some cases took several days. Modes varied—sometimes to a US delegation in Pyongyang, sometimes via a North Korean delegation visiting Washington, sometimes via another US official who went to the Demilitarized Zone (DMZ). Kim’s July 30, 2018 was passed by Kim Yong Chol to US Ambassador to Seoul Harry Harris, who, presumably, met Kim in the Joint Security Area at Panmunjom. Thus, comments by either side around the time of a particular letter are not necessarily a direct response. It is exactly for that reason that separating out the leader-to-leader letters from the two other signaling strands is useful, since, within the framework of the letters themselves, there is a clear statement/response sequence.

One example of the lag came just before the third meeting of the two leaders in June 2019. On June 23, DPRK media reported that the “President of the United States of America has sent his personal letter to the respected and beloved Supreme Leader Comrade Kim Jong Un,” though without specifying the date of that letter. For both the domestic and foreign audience, the North transmitted a picture of Kim at his desk reading the letter, about which he reportedly “expressed his satisfaction, saying excellent contents are contained in the letter.” The report said that Kim expressed “his gratitude for President Trump’s political judgment capabilities and for his exceptional courage,” and said that he would “seriously consider the interesting contents.”[1]

Given that the closest previous Trump letter was June 12—the first letter in which the president acknowledged any US commitments to the North—we might conclude that Pyongyang’s sudden spurt of positive publicity was both the result of the content of the Trump letter and the sense that things were moving to the possibility of US-DPRK reengagement. By publicizing this Trump letter, Pyongyang was able to convey the sense that it was the American president who had made a concession and had improved the atmosphere such that Kim was in position to accept it graciously.

Whether or not they accurately reflect the real plans and feelings of each leader, these letters play a crucial role. Not each word in each message—incoming or outgoing—is gold, but every message is written and read as conveying views at the highest level. Although I do not know this for sure, I’m fairly certain that over the years, the North Korean process of drafting and approving a leader message has been careful; sometimes, it seems more so than that on the US side.

In their messages, both sides typically lead with some form of polite verbal minuet, even when the larger intent is to convey bad news. Nevertheless, as far as North Korean messages are concerned, this polite dance is always less important and should not distract from the main substantive content. In the Trump-Kim exchanges, some of the letters do have a dollop or two more than the normal oleaginous (to use John Bolton’s characterization) component. The question is whether the North Korean or the US side overly focused on this part of the letters. From my years of experience dealing with the North Koreans, I suspect they did not, though there are some indications that the Americans did, and thus ended up missing the real import of Kim’s messages.

The amount of attention commentators and reporters devoted to the unctuous opening sections in the letters has helped foster the sense that this was an effort by one leader to tap dance on the other party’s head. To be sure, President Trump’s letters reflected what some in the business world might consider good psychological tactics, buttering up the opponent. It’s not clear how effective this was with the North Korean leader. Some of Trump’s tactics, oozing praise for Kim, may have struck Pyongyang as belittling, in effect patting Kim on the head—nice doggie. Thus, concerns that Kim was trying to bamboozle the president with flattery need to be balanced against the realization that the president was playing the same game. If Pyongyang was only judging by the president’s glowing public characterizations of Kim’s letters, it might have concluded its approach was working. However, a close reading of Kim’s letters to Trump makes clear the North Korean leader could see that, whether or not his flowery words really touched the heart or fed Trump’s ego, they were clearly not having an impact on US policy.