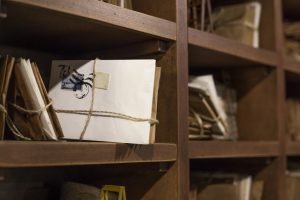 Let’s face it, the art of letter writing is forever lost. That is a tragedy. And equally tragic is the flip side of that worn, civilized coin. The ability to read correspondence has slipped from our grasp. Albeit, we can say, one tiny corner survives—diplomatic correspondence. Admittedly, that has always been a special art form, difficult to write and even more difficult for those on the outside to read.

The recent revelation of the text of a couple of letters from DPRK leader Kim Jong Un to US President Donald Trump could provide an important new window into North Korean thinking and plans. But those letters, at least in part, fall into the “difficult-to-read” diplomatic correspondence basket. And worse, their significance has been instantly lost in the pell-mell rush to use them as a weapon in the current US political environment.

We don’t want to draw too many conclusions on the basis of only two letters, especially since they constitute only one side of the conversation and only one set of threads in a larger tapestry. Moreover, there is no way of knowing how they were analyzed in the White House. Sometimes, and I can say this from experience, such letters are held closely at the top, and any analysis often falls into the deadly echo chamber of the small inner circle. For now, let’s leave aside the sexier policy questions and, instead, take things down a notch by trudging through a few basic observations.

It’s worth emphasizing that these letters don’t stand by themselves, and cannot be read in isolation. Nor should they be read without some understanding of the history of the use (and misuse) of such correspondence in US-DPRK exchanges over the years.

I’d argue that, typically, there are only a few sentences in such correspondence which are really significant. The accompanying flowery language is basically irrelevant and probably tells us less than might seem apparent at first glance. Of course, the absence of flattering and unctuous superlatives in such a letter would be cause to worry that there are problems, but their presence doesn’t buy much. In any case, they shouldn’t distract from the meat of the message.

To begin with just one of the letters, Kim’s December 25, 2018 message, it might be boiled down to three important points. The key phrases are bolded and the actual language from the letters is followed by a more detailed explanation of what Kim is saying, of course in my words, not his.

Kim’s Letter: I have already instructed my closest and most trusted colleagues and the relevant organs to speed up the preparations for holding a second DPRK-US summit and [I] am prepared to achieve good results with Your Excellency during the next meeting.

Translation: Top-level preparations are underway on my side for our next summit, with clear instructions from me that things be moved ahead expeditiously. My people know what that means. No excuses. Despite the negative characterizations you may see in our public statements, some of which are simply for effect, some of which are meant to signal our concern that everyone on your side—I name no names—may not all be reading from the same page. I am convinced that you and I can make progress once we meet again.

That said, a little over a week ago, we issued a statement in the name of the “policy research director” of the “Institute for American Studies” of the Foreign Ministry. In case it somehow escaped your notice, I am attaching a copy below, highlighting in what I’m told is your favorite color, some key passages you may have already noted or might want to consider again. Clearly, it would have been impolitic and impolite of me to include much of this same language in a letter to Your Excellency. But regrettably, for many reasons, such points needed—and might again need—to be made if we are to make progress at our next meeting, for which, in case you missed it the first time, I have already instructed my closest and trusted colleagues to speed up the preparations.

Kim’s Letter: Nevertheless, what worries me is that it may not reflect positively on us should both sides appear to stubbornly insist on our respective positions regarding the location of the summit. It could also result in wasting a lot of time. Therefore, my position is to urgently hold senior-level contact between the DPRK and the US to internally (translator’s note: privately) discuss and coordinate issues regarding the location.

Translation: I think we can both agree that a small detail like the location of the next summit can be settled easily enough, and to fall into endless arguing about it will detract from the truly important issues we are trying to address. My position—and I leave it to you to decide if this is the right way to proceed or to suggest an alternative if you’d rather—is to get senior officials from the two sides together as soon as possible to listen to each side’s views on location and to reach agreement on what would work best.

Kim’s Letter: I hope that Your Excellency will once again demonstrate great decisiveness and excellent leadership to accomplish results in the second DPRK summit.

Translation: I plan to come to the meeting with serious proposals that, I’m quite sure, you will understand are worth serious consideration on your part despite what others on your senior staff might think. I name no names.

We can deal with further letters as they become available when Bob Woodward’s book is published, putting them in context of events at the time and pondering the interplay between what Kim was saying to the president in private, and what Pyongyang was saying in its public comments.

Pyongyang, December 16 (KCNA) — The policy research director of the Institute for American Studies of the Ministry of Foreign Affairs of the Democratic People’s Republic of Korea Sunday issued the following statement:

However, the continued commission by the United States of vicious anti-DPRK hostile actions, running counter to these developments, prompts my shock and indignation.

During the past six months since the Singapore DPRK-U.S. summit, the U.S. high-ranking politicians including the secretary of state have almost every day slandered the DPRK out of sheer malice, and the State Department and the Treasury Department have taken anti-DPRK sanctions measures for as many as eight times against the companies, individuals and ships of not only the DPRK but also Russia, China and other third countries by fabricating pretexts of all hues such as money laundering, illegal transactions through ship-to-ship transfer and cyber-attack.

Recently, the U.S. is resorting to anti-DPRK human rights plot in such a way that it carries deliberate provocation by adding high-ranking government officials of the DPRK, a sovereign state, to its unilateral sanctions list, while taking issue with the non-existent “human rights issue”.

Now, the international society is unanimous in welcoming the proactive denuclearization steps taken by the DPRK and urging the U.S.to respond to these steps in a corresponding manner.

***And president Trump avails himself of every possible occasion to state his willingness to improve DPRK-U.S. relations.

Far from the statements of the president, the State Department is instead bent on bringing the DPRK-U.S. relations back to the status of last year which was marked by exchanges of fire. I cannot help but throw doubt on the ulterior motive of the State Department.

If they are a sort of diplomats of “only superpower”, they should at least realize from the past record of the DPRK-U.S. relations that sanctions and pressure would not work against the DPRK.

The United States will not be unaware of the self-evident fact that its threat, blackmail and pressure against the other side cannot be a solution under the relations of pent-up confrontation, mistrust and hostility between the DPRK and the U.S. and deterioration of the situation that might be incurred by these hostile actions would not be beneficial for peace and security of the Korean peninsula and beyond.

Since we know too well that the deep-rooted hostility between the DPRK and the U.S. cannot be redressed overnight, we have been proposing that the DPRK-U.S. relations be improved on a step-by-step approach of resolving what is feasible one by one, by giving priority to confidence building.

If the high-ranking politicians within the U.S. administration including the State Department had calculated that they could drive us into giving up nuclear weapons by way of increasing the anti-DPRK sanctions and pressure and human rights racket to an unprecedented level, which has nothing to do with confidence building, it will count as greatest miscalculation, and it will block the path to denuclearization on the Korean peninsula forever – a result desired by no one.

The U.S. should realize before it is too late that “maximum pressure” would not work against us and take a sincere approach to implementing the Singapore DPRK-U.S. Joint Statement.