Recent commercial satellite imagery of the Punggye-ri Nuclear Test Site indicates efforts to restore Tunnel No. 3 (formerly referred to as the South Portal area) continue. Spoil displaced while trying to create a new entrance to the two test tunnels has been spread over the nearby access roads. This is likely an effort to improve their durability, although it makes it more difficult to assess the amount of spoil being excavated and estimate progress made. Finally, vehicle activity continues to be seen around both the test tunnel area and Command Center, suggesting the site is being readied for future nuclear test(s).

Activity at Tunnel No. 3

On imagery from May 10, the rectangular shelter used to house the HVAC and other equipment providing air, lighting, ventilation and power to the tunnel network can be seen. The tunnel entrance is to its immediate right. The technical arrangements at the entrance appear to be similar to what was once located at the former North Portal before it was demolished and sealed in 2013 after the country’s third nuclear test.

Since April 27, the cabling seen leading to the portal now clearly extends into the entrance. Additional equipment and materials have also arrived and are staged to the north side of the entrance. The roof of the support structure under construction near the east edge of the spoil pile has been completed. 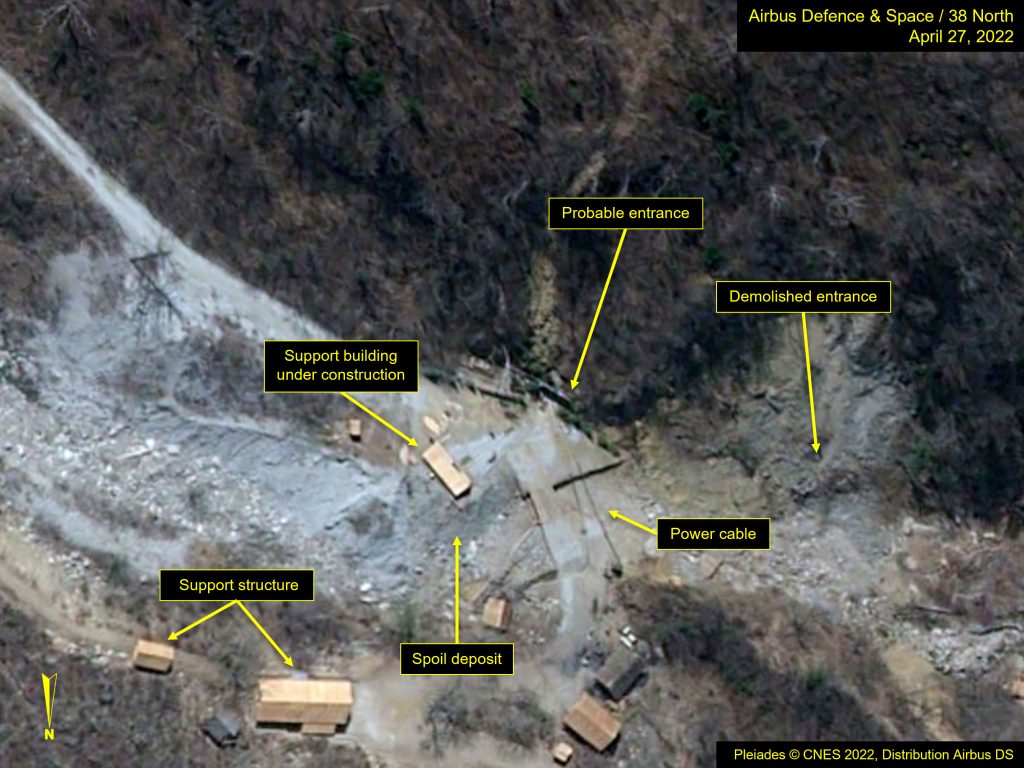 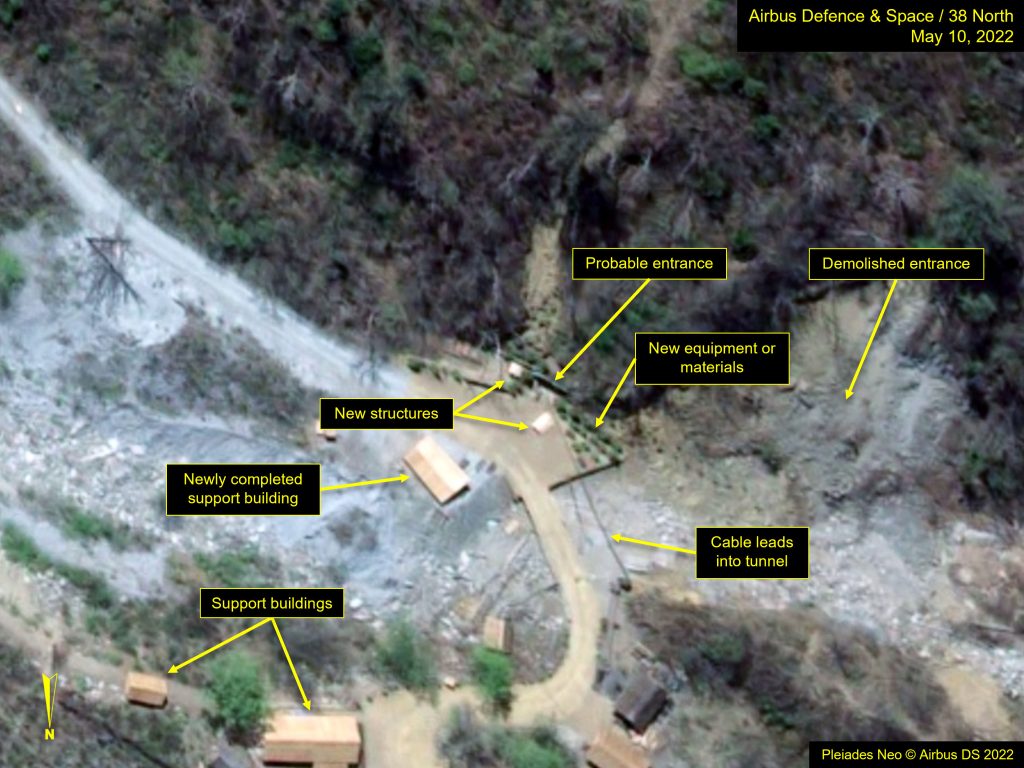 The main access road is an unpaved dirt road that starts at Punggye-ri and winds along the riverbed leading to Mt. Mantap. As such, it requires periodic resurfacing to repair it from winter erosion and seasonal flooding. The roads are usually graded with sand, gravel or whatever is conveniently available.

On imagery from both May 9 and 10, segments of the road going south from the portal are now covered with the grayish colored spoil from tunnel excavations. While this new practice is a clever use of the spoil, rather than just leaving it in a big pile, it does create a new analytical challenge for those monitoring progress made at the test site. In the past, monitoring and measuring the spoil pile over time would help analysts approximate the extent of tunneling activity. Estimates going forward regarding potential tunnel length and depth are likely to be less precise.

On May 9, a red dump truck is observed at the south tunnel complex next to the support building. Its load is a gray material, the same as the color of spoil, suggesting its involvement with road resurfacing activity.

At the Main Support Area, a new building is being constructed, first observed on April 27. On May 10, interior walls are being added.

On May 10, a vehicle is parked at the Command Center area. This is the second observation of a vehicle at this facility since the road and bridge repair was reported at the beginning of May.