The following recommended reading was written by Morton Abramowitz, a senior fellow at The Century Foundation, and published by The National Interest on December 23, 2010.

A Korea of Mythic Proportions 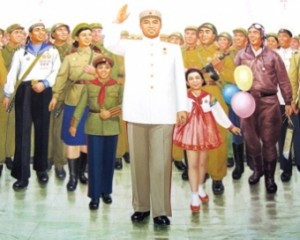 American foreign-policy discussions are often more about us than other nations. This is made all the worse when dealing with an adversary about which we have little information of its internal workings and seek to make deductions from our experience. North Korea exemplifies this problem. It has always been difficult to discuss dispassionately. It is a bad state and a repugnant international actor. That unfortunately is not enough to tell us what to do about major issues with North Korea. Frequent accusations of gullibility or “condoning bad behavior” that permeate the discussion do little to shed light on the problem. With little intelligence and much inference, clichés abound in our discussion of North Korean policy. Here are five:

1. China will somehow solve our North Korean problem. Make China take responsibility for getting North Korea to behave and, if necessary, force it to curb its bad behavior or even take action to overthrow the regime. The idea of China as savior at the six-party talks was hailed by conservative commentators as one of the great policy initiatives of the George W. Bush administration. Many leading figures in and out of government continue to urge our government to press harder on China to fulfill its duty as a responsible stakeholder.