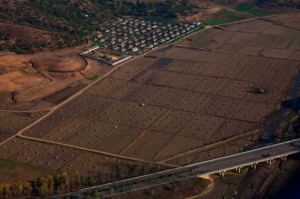 Beginning in early July, a variety of sources have reported possible changes in DPRK farm policy, especially with regard to the organization of work teams and the share of produce which farms can retain. Information is rather spotty and inconsistent so far, and even if the government has decided to implement policy changes on a large scale, it is uncertain if they would actually lead to improved food production. The central question is whether DPRK authorities are interested in creating conditions that genuinely support farm development, or whether they are just trying to manipulate a few select policy elements without addressing any of the fundamental institutional obstacles to economic growth.

One of the earliest reports[1] outlined the main elements of what is being referred to as the “6.28 Policy,” or more formally as the “June 28 New Economic Management Measures.” These measures are:

Subsequent reports have indicated that similar changes may have been discussed for more than the three counties of Ryanggang where this policy is to be tested.[2] However, the features may not be consistent throughout the country[3]; farmers interviewed in Sariwon have indicated that only surplus above quotas may be retained and sold, and that sub-work teams will have 20-30 people.

Rather than contributing to the speculation about whether these policies are real or not, I prefer to consider how they fit into the history of recent economic policy, and whether they would actually benefit the DPRK’s farm production. Whatever the actual rules may be, this so-called reform is not particularly new. In the last decade, the DPRK has made several attempts to stimulate both increased farm production and increased food availability in the government run Public Distribution System. In July of 2002, faced with an inflating black market currency rate and corresponding farmers’ market prices for rice and maize, the government implemented wage and price adjustments which effectively devalued the North Korean Won (KPW) from a rate of 2.18 to 150 to the US dollar (close to the contemporary black market exchange rate), and raised both wages[4] and official prices for grains and other items by an approximately commensurate amount. Official procurement prices paid to the farms for rice and maize increased by a factor of about 70. Interestingly, wages paid to certain “critical” categories of workers were increased somewhat more than the 70:1 currency devaluation.

The intent was to eliminate the differential between free-market and official prices, and thereby motivate farms to sell their surplus grain to the state. However farms were not given any additional resources (fuel, fertilizer, better machinery, etc.) with which they could increase production. Thus the absolute shortage of food grains was not reduced, and black market prices continued to rise such that after about a year, the differential between black market and official prices and currency exchange rates was about the same as before the devaluation.

A second attempt to encourage more food production was made in 2004. Cooperative farms were informed, apparently on a gradual province by province basis, that sub-work team sizes would be reduced to 8 to 20 persons, that farm production quotas would be disaggregated from the whole farm down to each sub-work team, and that any production above the quota could be retained by the sub-work team and marketed openly. The obvious intent was to increase farmers’ motivation by giving them a more direct benefit from any production increases, rather than having individual efforts submerged in the average results from a large work team. Yet these policy changes were implemented unevenly, and most importantly the changes were announced in the middle of the farming season, after farms and their work teams had already made most of their management decisions and allocated their limited resources. Farmers initially reacted positively and it was conceivable that production in the following year would show an up-turn. But midway through the following year, the government decreed that any surplus grain would have to be sold only to the state at official prices, thereby outlawing the growing private trade in rice and maize, and not incidentally removing any financial incentive for grain production.

While there were no further official statements, these structural changes at the farm level seem to have been quietly abandoned over the next year or so. In parallel, the government attempted to limit the growth of the farmers’ markets, both by continuing to prohibit private trade in grain, and a few years later by prohibiting women under 50 from selling in the markets. (This age restriction was rapidly rolled back to 40 in the face of strong public opposition, and also may have been abandoned.)

A third attempt to reassert control over the private economy was made in November 2009, when the KPW was devalued by 100:1. Old currency could only be exchanged in very limited amounts (thus wiping out the private savings of most merchants and many ordinary people), and use of foreign currency was outlawed. To put it mildly, this devaluation was a disaster, and resulted in a variety of negative economic and political effects.[5]

Three years later, it appears that whatever changes are being proposed now are simply renewed efforts in the same vein as these previous attempts. None of the prior policies even slightly increased food production, whether by creating price incentives or allowing farmers a greater share of production. Two enduring factors rendered the changes ineffective: first, lacking any additional resources, farms (or sub-work teams) were unable to increase productivity much by simply adding a little more labor; and second, the government never allowed the policy changes to implement fully. It hedged its bet. The government made some changes half-heartedly, and at the same time reflexively attempted to control both the market and production. This undercut any incentives that may have been intended and maintained the structural impediments to improved productivity. With regard to the most recent changes, some reports suggest that they are already being pulled back and/or postponed.[6]

An effective policy revision is possible but one must ask what we (and more importantly, the DPRK producers) would need to see in order to believe in meaningful changes (we will abjure the “r-word” for the moment). Several factors are essential:

These changes would largely be congruent with a marketization of the agricultural economy. But the state could still maintain regulations such as requiring a certain portion of a team’s fields to be planted to staple grains, requiring a percent of the harvest to be sold to the state at market prices, allocating irrigation water to priority crops, for example, and not undercut the farmers’ motivation or their ability to produce more.

Yet several important obstacles to implementing these changes are intrinsic to the 6.28 Policy and indeed to farm decentralization in general. These issues must be effectively addressed if any farm policy modifications are to be effective.

First, if the production unit is reduced in size, the team must be confident that the land it farms this year will be the same land it can farm for the foreseeable future. Otherwise, there is no incentive to invest effort in improving soil fertility (a very long-term process), or even to clear weeds from the field in anticipation of the next season. The micro-environment matters in farming, and a work group also needs to learn the conditions (soil, drainage, wind and frost patterns, etc.) of its fields, so it can farm effectively.

Second, as land is distributed (no, I didn’t say given in ownership) for use by small work groups, some consideration of relative land quality must be made, at the very least within each cooperative farm. Paddy land is inherently more productive and valuable than upland fields. Soil quality, steepness of slope, and access to irrigation matter a great deal. For maximum buy-in and support, farms must allocate fields so that each work group starts with an approximately equitable resource.

Third, the land rezoning of paddy fields which was carried out in the early 2000s effectively removed traditional field demarcations, and created large rice paddies that are mostly too big to be farmed by a single work group of six people or so (at least under current DPRK conditions). Somehow those fields will have to be divided and shared among multiple teams, with related issues such as coordinating planting dates and irrigation schedules also resolved.

Fourth, most farm equipment is currently designed for large scale operations, and there are not nearly enough tractors, rice transplanters, threshers, trucks, or draft animals to meet the needs of a large scale farm. These scarce resources will need to be equitably shared among the many work groups in a timely way. Eventually one might expect that the small work groups would purchase two-wheel hand tractors that are of an appropriate scale for their fields, but that development is years down the road.

The fifth question is what to do with the specialized work teams at the cooperative farms. At most farms, all farm machinery is maintained and operated by a single work team, and another team may care for livestock (pigs, cattle, etc.). These specialists probably don’t need to be allocated a share of the land, but do need to be integrated into the new work structure and somehow given a meaningful and equitable stake in farm production. There are many possible solutions to this problem, but the issue must be directly addressed.

Sixth, because farmers in the DPRK have been promised reforms in the past that were rescinded, they are not likely to be confident and trusting of any new efforts. Whether the state is committed to meaningful policy change or is just trying to game the system remains to be seen. North Korea Economy Watch appropriately relates the issue to the game theory concept of credible commitment. Farmers’ confidence in (and response to) new market based incentives will develop only through consistent application of announced policies, and by not rolling them back as in the past.

And finally, policy changes such as discussed here must be implemented nationwide. Gradual roll-out or province by province implementation simply creates conflicting messages, radically distorted economic signals, and a continued lack of commitment by the people who have to make this work—the farmers themselves.

Does the supposed 6.28 Policy really matter? It could. The features reported initially would support and incentivize farm production, assuming that the potential obstacles listed above can be addressed. The question that remains is whether the government will wholeheartedly implement these desirable farm level changes and, at the same time, create the economic policy environment that allows them to have their intended effect.

[4] Wages in this context refers to the cash allowance paid in addition to food, clothing, and housing allocations that were not monetized.