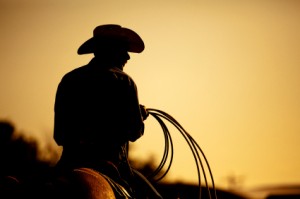 I looked up and to my surprise it was Inspector O greeting me, thumbs in his belt.

“You look a little bow legged,” I said, and for once I wasn’t kidding.

O eased himself beside me onto the bench “Been roping doggies, pardner.” He sighed. “Painful.” He shifted his weight. “Very painful.”

“Really? I thought riding horses was a hobby of your people. I read that somewhere.”

“You must be thinking of the barbarians of the north, Yemaek chieftans, Okjeo thugs.”

“Maybe Goguryeo cavalry riding down peasants for the fun of it, or Mongol hordes as they swept across the river.” He paused. “This is all your fault.”

“No, horses. You and your damn horses. How many times did I try to tell you to have your people pick another image? But no, couldn’t stop, a Washington obsession, always saying you wouldn’t buy the same horse twice.”

“So someone up top—I name no names—decided all right, we’ll shut them up, we’ll go out and get some new horses, lots of them. Now, anytime someone up top gets on a horse, we have put our own backsides in a saddle, too. And they don’t just mosey around, either. They ride like maniacs. There’s one horse, a mare if I may call her that, is a menace. Her name is Sheba, and she bites. She also kicks.”

O grimaced. “Did you bring the drugs, like I told you?”

I reached in my pocket and pulled out a small packet. “Right here.”

“That’s all? Where did you get this?”

“I picked it up at the airport, where do you think? That’s how they sell it, in these little packets.”

“Man, I need boxes of this stuff. Patches if you can find them, but the pills will do.”

“What for? No one needs that much Dramamine. You don’t get carsick on horses, do you?”

“Not horses, amusement park rides. Didn’t you see the pictures? The Chinese ambassador was green when they finally stopped. Every time someone up top gets on one of those rides, we have to get on with them. It’s been added to the regulations. No one thought to put it in before because we didn’t have much to do with amusement parks.”

“Happened out of nowhere. One minute we’re trailing along in factories and fruit farms and then, all of a sudden—wham! Amusement parks once, twice a week—not just simple ferris wheels and bumper cars, oh no, we have The Octopus, Tilt-A-Whirl, The Hurricane, The Pharoh’s Curse, Super Whip, and The Roller Coaster of No Return.”

“You’d never get me on one of those.”

“Yeah, well, that first time the duty guard didn’t get on either, and they busted him two ranks. They said, ‘What if something happens to the ride?’ And he said, ‘I’ll be strapped in, what good can I do?’ but the real reason was he has this inner ear thing and he didn’t think he could take it. Half the Guard Command is looking to transfer. Those rides are insanity. No one minds stopping a bullet, but falling head first out of a carnival ride? What kind of career move is that?”

“Buckeroo, go ahead and chew your cabbage twice.”

O’s cell phone went off. He answered it reluctantly. “Yeah? It’s me. No, I’m not in the riding party today. No, I don’t know where they keep the riding crops or those funny pants. Yes, the sugar lumps are in the pail behind the stalls, but watch where you step. What? I can’t hear you.” He jabbed at the off button on the phone. “I hate this thing,” he said to no one in particular, and not for the first time.

I thought of ways of steering the conversation away from horses. “Say, I hear you’re about to launch a missile.”

“Must be exciting to think about having your first satellite in space.”

“We have two already.”

“I’m sure about nothing. Look, I don’t handle space stuff. I have my hands full these days with horses. Rockets go up, they come down, but they don’t poop, and they don’t kick.”

“Have you ever been to the space exhibit at the Three Revolutions complex? Pretty interesting place. There’s a picture of the Space Shuttle.”

“Great, exactly what we need around here. We can’t even try to launch a puny satellite and you all hit the roof. Let’s see—the South Koreans can launch, the Japanese can launch, the Russians and Chinese can launch, Sri Lanka can put a satellite in space, so can the Iranians, the Tartars, Kazakhs, Germans, French, Spanish, Greeks, Italians…”

“…the Egyptians, the Fiji Islands, the Bolivians, the…”

“…Canary Islands, the Canadians, the Laotians, the Indians, the Pakistani…

We sat silent-like for a few minutes. “Speaking of change,” I said at last, “have you noticed Myanmar?”

“I don’t want to hear it. First you tell us to be like Libya. That turned out well, wouldn’t you say? Now Myanmar. Anyone else? I’ll make a list and nail it to the bulletin board in the Central Committee sauna. No, thank you, we’ll just be us, if you don’t mind.”

O stood up. “I’m taking lasso lessons in half an hour next to the dressage ring. Care to watch?”

“Nickels,” I called after him, but he was already thinking of something else, I could tell by the way his spurs jangled.