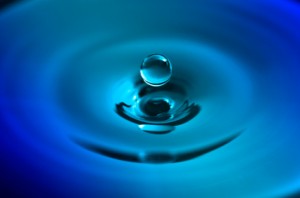 The high-profile purge and now execution of Jang Song Thaek has rattled teacups in Northeast Asia and beyond. High-level people have been executed many times before in North Korea, but not in sight or hearing of the international audience. For outside observers, whether Jang was actually guilty of any of the bill of particulars against him is, at least in the first instance, beside the point. The pressing questions are: why did Kim Jong Un execute a relative, and why was it done so openly? We suddenly have been confronted with a curious and unnerving transparency, a look into the workings of a regime that we are not so sure we wanted to see. We have just come upon a wreck on the highway and, as usual, we are gawking.

Analysts who weigh in so soon after the news of the purge has broken deserve medals for bravery, and perhaps a trip to the nut house. It is natural to have opinions on events so shocking. But the story will change, new evidence will emerge, and conclusions will have to be re-formed. Caution is the order of the day, though caution is boring, and certainly doesn’t sell newspapers.

Having advocated caution, let’s throw a little of it to the wind. Let’s start with Uncle Jang. An “uncle” (true confession: I am one) is a sympathetic figure, is he not? Avuncular, after all, is the word that uncles get to carry around in their pocket. There is a vague sense afoot that by being publicly drummed out of the party, much less executed, Jang has somehow been wronged. Why? Was he a pussycat or a saint? Long before the lurid list of charges in his sentencing indictment/confession were written, there were stories that he was a tough cookie, ruthless, full of himself. He was, some said, responsible for the assassination of other figures in the leadership. I don’t know if he was or wasn’t involved in such activities, but he certainly was in the middle of the rough and tumble of Pyongyang’s inner circle. He was smart, interested in economic progress, but also apparently ambitious and maybe a little too cocky. Look at the video clips of Jang on the reviewing stand in Pyongyang. When the Leader walks by, the others salute. Jang lounges. Was this wise? Did he really think it wouldn’t be noticed? Kim Jong Il clipped his wings a few times over the years, but always let him back in to the center. This time he is not coming back.

The idea that Jang was “No. 2” in Kim Jong Un’s solar system always seemed to me to be overdone. I had the nagging feeling that Jang was like an electron that had been boosted into an orbit where it didn’t belong, and sooner or later would drop back to its natural place. The only question, as far as I was concerned, was whether he would move down and out of the upper ranks in a slow, quiet fade or a noisy, precipitous decline. Earlier this year, a keen observer in Seoul offered me some good analysis: Jang was Kim Jong Il’s man. Kim had protected him against the enemies Jang had been making with all of his swagger. Now that Kim Jong Il was gone, Jang had no one to protect him. Either he would outsmart, outmaneuver, outgun his enemies, or he they would get him.

It also probably didn’t do Jang any good in Pyongyang to be praised by outsiders as the darling of reform. Bouquets from outsiders were something his enemies could use against him, and apparently they did. Not so surprisingly, the foreign praise was listed in the bill of particulars used to line Jang up against the wall.

In figuring out what has really happened, and why, there is a lot of work left to be done, going back into the past couple of years to track policies, events, and appearances. One task, very difficult, will be not to hang everything that happened onto Jang’s eventual purge, but to find the real connections. The death sentence/confession that Pyongyang published presents a genuine problem. Since we’ve never seen one of these before, we have no way of knowing how to interpret it. Is there even a kernel of truth in the charges? Should we apply well-established analytical techniques to parsing the charges? Or are we suddenly in completely new and unknown analytical territory?

To take but one example: Some pundits are guessing that Jang’s abrupt demise means that even the modest signs of economic “reform” in the North will disappear, and the policies of the past several years will be reversed. We’ll have to wait and gauge day by day what happens. (More boring caution.) In this meantime, amidst all the charges against Jang, it is interesting to note that he is accused of undermining or blocking the Cabinet system, a system that appears to have been instituted to help put the economy on a new, more professional footing. It may just be that Jang is being used as the goat to explain difficulties in implementing economic plans Kim Jong Un has advocated. Jang is accused of the fantastic plan to make the economic situation so bad that people would turn to him as a savior. It could almost be the storyline for a book. The “cabinet responsibility system”—and the implications for the economic policies it was supposed to put in place—was not attacked, however. If anything, at least by implication, it was a victim of Jang’s machinations, not part of them. Jang is accused of interfering with the ability of the “Cabinet to properly perform its function and role as an economic command.” Is this supposed to signal that the emphasis on the cabinet’s role in the economy will stay in place, and that the decisions of the March 2013 Central Committee plenum related to the economy will continue in effect?

This story is going to get more tangled before it gets laid to rest. In five years, will it still be considered so important? Or will we get over our shock? What will the aftereffects be? We can come up with a whole list of possibilities, but it’s nothing but idle speculation at this point. Maybe what we should actually be doing, if we’re serious, is clam up and watch, day by day, what happens. Are markets closed? Cell phones confiscated? Troops moved or confined to barracks? More or fewer Kim Jong Un on-site guidance trips? Flights interrupted? Border closed? Snide comments about China appearing in the media? The worry that Kim will lash out in order to create tensions as an excuse to reinforce order at home is a prudent concern for the South Korean military. Is the situation in Pyongyang less stable now, or in killing a really big chicken, has Kim Jong Un effectively scared every single monkey? Was this all well calculated, or is it the result of a spasm of anger?

Apparently, the score at the moment is 1-0 for the home team. If one were adventuresome, one might wonder how many innings are left in the game.