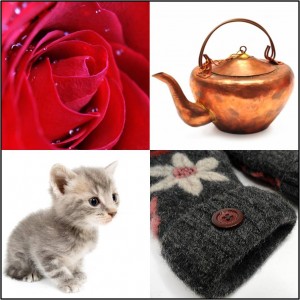 It was a cold morning, and I wasn’t happy sitting on a bench alone in the park across the street from the White House, but that was the arranged meeting place so I was there on time.

Five minutes after the appointed hour, someone walked up behind me, singing softly. I didn’t turn around. Inspector O put his hands on my shoulders.

“Catchy tune,” said O as he indicated I should slide over to give him more room.

“I sing because I’m happy,” he said. “Aren’t you happy? It’s the holiday season for you, isn’t it? Everything on sale, they’re practically giving things away. Another sign of how well things are going, I’m sure.”

“OK, never mind. Let me ask a more pertinent question. Why are we out here? It’s freezing.”

“I wanted to make sure we could be heard. All these big trees are wired, aren’t they? I thought about sending an email, but it might get lost under all the others.”

“So is Santa Claus.” O glanced around distractedly. “You’ve heard the news, I take it.”

“Sure, I heard the news, who hasn’t? Your boardroom lineup has changed. One washroom key permanently revoked.”

O looked closely at me, then he laughed. “You might say.”

“I might, and I did. Is that what you want to talk about?”

“Yes and no. I’ve noticed your people seem to be stuck on a few words.”

“I don’t know what you’re talking about.”

“Sure you do, you pay attention to words. Words are your bread and butter, your meat and potatoes.”

O pulled a piece of paper from his pocket. “Horrific, brutal, erratic, dire—no, correction, incredibly dire. Is that possible? It’s your language, of course, but isn’t dire already pretty strong? I mean, you could have the comparative, am I right? More dire, most dire, that sort of thing. But incredibly dire? Who approved that?”

“Horrific again, also brutal.” He read through the list. “More horrifics, a horrendous, a couple of additional brutals. I get the feeling that these are Scribble words.”

“Scrabble, and no. They are meant to convey deep feelings of revulsion and consternation.”

“Ruthless. Is that really a word?”

“Spontaneous. That’s not good, I take it.”

He put the list back in his pocket. “My people would like to know what to make of all this.”

“If it were, would I be here singing about a flying nun?

“All right, it’s not obvious. To tell you the truth, I don’t know what it means.”

“You mentioned moral revulsion. Very delicate bunch you hang around with. Did you know Jang?”

“Well, it was shocking.”

“And how was it brutal? Should we have dripped chemicals into his arm? Used a drone? Sent a helicopter to his house?”

“Come on, this was different.”

“Of course, why didn’t I realize that? All right, so it upset you, that the man was executed. Why was it horrific?”

“Point of view, isn’t it? How about you, O, didn’t you think it was horrific, seeing the man led away in front of an auditorium full of spectators and four short days later, a jumped up set of charges leveled against him, followed by execution?”

“As usual, you’re missing the point. It’s not what you feel; it’s not even what your diplomatic corps feels. This,” he pulled the list out again and waved it in the air, “this was an agreed line, it was cleared talking points. It didn’t slip out in a burst of emotion. It was calculated. Horrific and horrendous do not roll from the lips of a press spokesman. So what’s the point? We don’t especially care what you think, but in public, is this how diplomats should speak about the leader of another country? Is it sensible, I’d like to know? Is it wise? And what do you suppose it will accomplish?

“No, you’re right. I should leave the lectures to your people. Well, time to jump in my sleigh and jingle-jangle away. I was going to put coal in your stocking but someone sold it all off at a cheap price.” He grinned. “Peace, brother.” He held out his hand. “Claim every mountain.”

“Climb,” I said, “climb every mountain.” But it was too late, he had disappeared around the corner and all I could hear, off-key and fading in the distance, was “Schnitzel with noodles…”