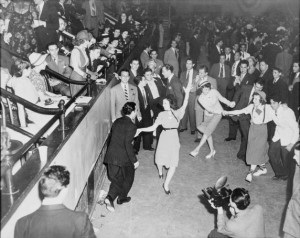 Barely a month since Kim Jong Un’s New Year’s address signaling a major North Korean decision to push for improved inter-Korean ties the two Koreas on Wednesday held a high-level “contact” (quietly proposed by the North several days ago) at Panmunjom. Despite the lack of any agreement at Wednesday’s exceptionally long meeting, and early reports that there had been “no progress,” official ROK accounts of the meeting characterized the atmosphere as “sincere,” noting that the session had provided an opportunity for the two sides to lay out their positions. Altogether, that sort of delicate public portrayal was a pretty good sign that the session had been productive in laying foundations for further engagement. Indeed, today it was announced there would be a second meeting on Friday.

Without being in the room or seeing a transcript of the meeting, of course, it’s impossible to know exactly what went on, but the most significant development may have been that the North Korean delegation, led by deputy director of the Central Committee’s United Front Department and including two uniformed officers from the National Defense Commission (NDC), suggested that rather than cancel the US-ROK joint exercises (due to begin on February 24), the South postpone them for a couple of days, so they would not overlap with the scheduled family reunions, due to take place at the Mt. Kumgang resort in North Korea from February 20-25.

Depending on whether both sides are looking for progress or want to dig in their heels, this would seem to have opened the way to explore various compromises. When they want to be—which unfortunately is not all that often—both sides are capable of imaginative solutions to what, at first, looks to be intractable problems. Not incidentally, the North’s suggestion that the start of the exercises be postponed fits with indications in the NDC proposal last month that Pyongyang did not expect the South to call off the exercises and that it might be looking for (or already had in its pocket) ways to work around the problem.

There is no sense in arguing about where things might go from this point, but it is well worth reviewing how we got here. Recall, the Blue House dismissed Kim’s New Year’s offer, as well as a subsequent NDC proposal, as a “trick.” One might wonder whether President Park, at first, demurely turned away from Kim’s advances so as not to seem too eager. Is she, in other words, crazy like a fox? If so, she played things brilliantly, even to the point of keeping a straight face while lecturing a visiting US senator that, “Given our previous experience, such conciliatory propaganda [by the North] has always been followed by provocation.” In this scenario, her defense minister also probably deserves an Oscar for thundering about the likelihood of a North Korean provocation even while his president was edging toward more engagement.

On the other hand, it may be that the Blue House wasn’t acting, and it was only through the persistence of what the press loves to label the North’s “charm offensive” that Pyongyang got to first base. Persistence in this case means a mode that the North has from time to time taken with Washington or Seoul over the decades—a “not going to take no for an answer” posture. In that case, the critics might ask themselves how long a “charm offensive” has to last before it is judged to be a serious policy opening?

A question still much on people’s minds at the moment is whether the North will go through with family reunions scheduled for the Mt. Kumgang resort in a few weeks. That may be answered at tomorrow’s meeting. There was a straw in the wind a few days ago when unusually heavy snows blanketed the east coast of Korea (North and South—weather does not observe the demilitarized zone) making access to the site extremely difficult. It would have been—and still might be—relatively easy for Pyongyang to put off the family reunions on account of the weather. Instead, ROK media reported that several South Korean snowplows have been dispatched to the site to clear the roads.

South Korean snowplows do not willy-nilly show up in North Korea. Unless they go in by ship, they have to cross the DMZ, which on the North Korean side is controlled by the Korean People’s Army (KPA). The KPA does not easily open the gates on the highway (a threatening high-speed access route poked through the DMZ as far as they are concerned). The only reason they would do this without a lot of paperwork and “internal discussion” is if they had very clear orders from Pyongyang to open the damned highway and be quick about it.

The shift in Seoul’s stance toward Pyongyang did not take place overnight, of course. By late January, the tone of ROK characterizations of the situation was, by degrees, softening, with parallel changes in South Korean media comment. Also by mid-January, there were several North-South meetings in the business sphere, all of which seemed to go relatively well. On Monday, it was reported that several ROK businessmen would travel to the North Korean port of Rajin on February 11 to discuss the possibility of additional work restoring the railroad from the Russian border at Khasan. ROK businessmen do not plan to go to North Korea without the ROK government’s approval, not unless they want to end up in jail upon their return.

The North is now positioned in an interesting spot. Having rescinded the invitation to Ambassador Robert King to come to negotiate the release of Kenneth Bae, but pressing ahead on inter-Korean contacts, it can test how far the ROK is willing to get out in front of Washington in engaging Pyongyang. Again, the parlor game of predicting what happens next is wide open for those who enjoy that past time. For now, maybe it is enough to note where we are at this moment—on the edge of the dance floor, the band back from its break, and this metaphor, thankfully, about to run out of gas.