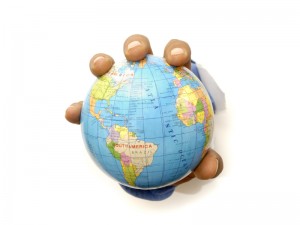 I have only met Professor B.R. Myers once, when we both took part in a conference on North Korean arts in Vienna. Though young, or at least younger than me—not difficult these days—he came across as one with strong views, trenchantly expressed, characteristics also evident in his writing.

Myers is a literature specialist and argues that those studying North Korean literature are less tainted than those studying other aspects of the country because with literature there is no need to go to the place. His writings often contain sideswipes at those who claim to be North Korea specialists but who do not know the language as well as he does and therefore, do not know how the North Koreans really present themselves in writing. Writing, he seems to imply, is the only place that reveals their true beliefs and their true view of the outside world. Up to a point, I would accept that, though if you have ever sat in on negotiations with North Koreans on matters ranging from the establishment of diplomatic relations, to the clearance of a container of office furniture that made the mistake of getting on a ship at Incheon, to why you cannot have your farewell party at the circus, you soon get some idea of how they think and operate. Living there, however cocooned you are, gives insights, albeit different ones from reading about the place.

Now Myers has extended his sideswipes to those who favor engagement. I should, of course, declare an interest. I have been in favor of a change of policy towards how we treat North Korea since my time in the British Embassy in Seoul in the 1980s, having become convinced that the confrontational approach and the lack of contact (engagement, if you like), was not producing any benefits for anybody. I was not and am still not starry-eyed about how this process would work or how long it might take, but I had come to the conclusion that something different needed to be tried. I therefore favored the Kim Dae-jung approach and still do, even if time has shown that the process would take even longer than expected. In a personal sense, it could be argued that it paid off; Britain decided to open an embassy in Pyongyang and I was sent to set it up. But even as we were doing this, the atmosphere had changed. I was warned by a very senior source in the Foreign and Commonwealth Office as early as April 2001 that the change of government in the United States meant that “engagement” had gone from being seen as a plus to something seen as decidedly negative as far as the US was concerned, even if in Seoul it was still positively evaluated. Since retirement, I have written a number of papers arguing that engagement still makes sense. I must confess that the widespread influence that engagers have, according to Myers’ recent writings, has so far singularly failed to manifest itself in my case.

Myers’ theme first appeared in an article on NK News on January 29, with a follow up interview by the Global Post. His target is, in the latter’s headlines, “the growing population of outsiders who travel or work in North Korea with the regime’s approval.” Since nobody travels to North Korea without the regime’s approval, this would seem to mean everybody who has been or plans to go to North Korea for whatever purpose. Myers rows back a bit from this in the subsequent exchange of comments, exempting diplomats and UN officials. Once they have retired, however, even these people seem to be condemned for aiding the regime if they maintain any form of link with it.

To support his case, he produces what seem to me two rather weak arguments, surprising in one who is quick to pounce on what he sees as others’ weak arguments. Both appear to be derived from his own background—he went to school in South Africa and took his Ph.D. in Germany. Thus he claims that all the visitors to the 1936 Berlin Olympics went home convinced that Nazi Germany was a great place. Really? All of them? By chance, I came across a quotation in a review in the Times Literary Supplement from one of W.E.B. Du Bois’ newspaper reports on the 1936 Olympics in which he refers to a “campaign of prejudice … against all non-Nordic races, but specifically against the Jews, which surpasses in vindictive cruelty and public insult anything I have seen; and I have seen much.”

And did all the Germans go home, as implied, saying to themselves: “We fooled them and now we can get on with our own thing?” I suspect not. The same review quotes another American, William Shirer, describing the refusal of the Berlin crowds in 1938 to cheer tanks departing for Czech frontier. Meyers’ argument appears to be that you will be fooled, whoever you are and whatever you are doing. I find this weak and unconvincing. Some will be fooled but others will learn, and what they will learn is not just what the North Koreans want them to learn. I have yet to meet the tourist who was not already a supporter of North Korea who came back a believer even if what they found was somewhat different from what they expected.

What Myers does is to lump every form of involvement with North Korea together and then to denounce it for aiding the regime. So aid agencies and journalists are as much condemned as tourists or what used to be known in China as the “500 percenters”—those who were 500 percent in favor of the Chinese Communist Party and its policies. This again is sleight of hand stuff.

Motives and reasons for being in North Korea span a wide range. He claims that many such people pull their punches so that their visas will be renewed but produces no evidence to support his case, effectively using a circular argument to “prove” that this must be so, otherwise how do they get their visas. North Korean agricultural specialists, for example, he says, are restricted in what they can say because they need access to the country and fear compromising their chances of a visa. These specialists are unnamed and, I must confess, offhand I cannot think of a single one, never mind any who deliberately pull their punches over the state of North Korean agriculture in order to get visas. The assertion is strong but the underpinning weak.

But perhaps the weakest of all the arguments is that which deals with the alleged role these various visitors play in creating government policies. He singles out one or two people who are known to be regular visitors to North Korea—in order to do this, they must, of course, in his interpretation, be in thrall to the regime otherwise why would they go and how would they get regular visas? He then argues that they and unnamed others have a major role in guiding the United States’ North Korea policy. (No other government or international body gets considered as far as I can see but that may be because Myers is an American and his main experience is of the US government.) To me, this seems far from reality.

Governments consult outsiders and for the US government, its lack of diplomatic representation in North Korea makes such consultations more useful than they would be for those countries that do have such a presence. But such briefings are but one small part of the range of information and resources available to a government. In the British case, it is one of the tasks of the Research Analysts, of which I was a member, and which is in some ways equivalent in to the State Department’s INR, to keep in touch with nongovernmental sources. So from time to time we would arrange meetings with academics and others with an interest in North Korea. Other times one might go to see somebody or listen to a talk. Some would be critical, some might be favorable, and some might be regular visitors to North Korea. Their views would be taken into account, but never, ever do I remember them becoming the main influence on a policy decision.

While working in North Korea from 2001-2002, I met many people from various backgrounds. They included academics, journalists, business people resident and visiting, fellow diplomats, aid agency staff, UN staff, and other diplomats. I talked to these people and recorded what they had to say. Yet my instructions were to “know a lot and report a little.” Sad though it may seem to those outside government who think that they have influence, the greatest influences on how policy is made come from inside rather than outside. Outside briefing meetings and briefing papers, however well-crafted, rarely make the impact on busy people that the contributors or the authors hope and expect.

The reality was and is that the acceptance or rejection of a particular set of views on North Korea (and on most other countries) depends not, as Myers seems to believe, on the degree of access that a person has to the North Korean regime but rather on how much those views chime with whatever is the prevailing policy. For that brief period when the idea of engagement rather than conflict with North Korea caught the imagination of governments in the late 1990s to early 2000s, those favoring such an approach might well have had a hearing. Now, the critical voices tend to prevail.

And this is as true of the media as it is of government. Rather than only listening to those who favor engagement, the default mode of the media is either mockery, caught in extreme fashion in Britain in John Sweeney’s television documentary last year and now again displayed in his recent book, or downright hostility. Attempts at a more nuanced approach cannot usually be stopped on air although they can in print, but are not very welcome in either case.

Myers’ over powerful engagement advocates are in reality straw men of his own creation, which he then knocks down to his own satisfaction; he has not proven his case.