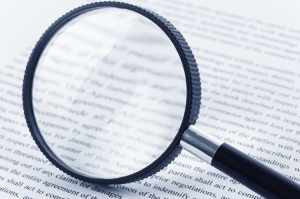 North Korea seems to be focused on a new era of humanitarian diplomacy. The recent release of US detainees Kenneth Bae and Matthew Todd Miller prompted many to argue that the potential sanction by the United Nations on human rights violations may be producing a new era of compromise in Pyongyang. But there seems little urgency in its discussions with Japan over the return of those Japanese abducted by the North Korean government since the 1970s. Moreover, last week’s UN decision to refer North Korean human rights violations to the International Criminal Court will undoubtedly complicate bilateral diplomacy. Reading Pyongyang’s intent at this time may be difficult, but there is no doubt that the abductee cause raises considerable challenges at home for the Abe Cabinet.

Kim Jong Un reached out to Tokyo earlier this year with an offer to reopen its investigation into the fate of Japanese citizens in his country. In July, the Abe Cabinet announced it would again work with the North Korean regime to find the whereabouts of the Japanese citizens who were abducted by Pyongyang’s security services over the years, as well as to report on the fate of those Japanese who had accompanied their spouses to the North when Kim Il Sung had called on Koreans in Japan to return to their homeland in the late 1950s. The continuing investigation into recovering the remains of the Japanese who died on the peninsula during WWII was also to be included in this broad investigation. While Japanese officials were quite skeptical about Kim’s motives, Prime Minister Shinzo Abe agreed to lift some of the token sanctions he had imposed on North Korea in 2006 after its first nuclear test. A second meeting in early September in China was due to provide more information on the North’s findings, but the North Koreans postponed their report. Instead, the meeting ended with an invitation for an official delegation from Japan to visit Pyongyang.

When Japanese officials visited Pyongyang at the end of October, there was a noticeable shift in the optics. At the invitation of the Kim regime, Japan’s director general for Asia and Oceania Affairs Bureau of the Ministry of Foreign Affairs, Junichi Ihara, led a government delegation to Pyongyang for two days of meetings from October 28-29. On the first day, Japanese media were allowed to cover the early minutes of the meetings recording the attendance of So Tae Ha, Vice Minister of North Korea’s State Security Services. So’s involvement may be Kim Jong Un’s way of demonstrating his seriousness about the investigation. It is also why the Japanese delegation was invited to Pyongyang. No internal security official would be allowed to travel outside the country. The Japanese media were also shown a placard above the door identifying in Korean and English the investigation committee’s new offices, yet another indication that the investigation would not be a cursory effort as it had been in the past.

So Tae Ha’s new investigation commission is organized around four groups of Japanese: the 12 identified by the government of Japan as abductees, the hundreds of Japanese missing persons cases identified by the Japanese National Police Agency as potential cases of North Korean abduction, the spouses who voluntarily moved to North Korea and the remains of those killed in the war. The October talks apparently focused more on the Japanese spouses and the WWII remains than on the 12 abductees. In addition, there are hundreds of missing persons cases under investigation by the Japanese police where there is some indication they might be related to the activities of the North Koreans. In his press conference after Ihara’s delegation briefed him on the trip, Prime Minister Abe reiterated his government’s message of urgency about those abducted by the North Korean regime.

But in subsequent media reports, the texture of the North Korean approach to the discussions with Tokyo became more apparent. According to Yomiuri Shimbun’s reporting on the briefings prepared for the ruling Liberal Democratic Party, Pyongyang’s new investigators acknowledged that the past effort to find out what happened to the abducted Japanese was badly organized and conducted under time constraints. In the Diet on October 31, Prime Minister Abe told legislators that his understanding was that this time, Kim Jong Un’s special commission would begin the investigation from scratch.

So Tae Ho’s commission explained in detail their approach to the four categories agreed upon for the investigation. According to Cabinet Secretary Yoshihide Suga in a press briefing, the Japanese delegation was told So’s commission wanted to avoid any misperceptions on the abductees. Rather than provide an interim update, they wanted to wait until objective evidence was found. On the missing persons, the Japanese and North Korean governments had agreed to reference the case material held by Japan, and Pyongyang would attempt to confirm their existence through their internal residency records. Since Japan and North Korea continue to negotiate reporting on this group, Suga did not want to comment on this group. The remains of Japanese in North Korea are being investigated through information provided to the Japanese government by families and through independent North Korean efforts to investigate cemeteries in the North. Finally, the North Korean commission said it would use residency cards to trace the whereabouts of Japanese spouses, and then would conduct interviews with the individuals to confirm their identity. Concern that North Korea simply wants to buy more time was openly expressed in the days after the Japanese delegation returned to Tokyo.

Reports that the Japanese government received a list from North Korea of Japanese citizens continue to circulate in the press. It is not clear, however, whether this represents those still living in the North or simply a list of cases where there may be additional information about the individuals. The Japanese government vehemently denied having such a list. Nonetheless, it is difficult to think that the Abe government has invested this much effort without some concrete evidence that there are Japanese citizens who might want to return home. Whether those are spouses of North Koreans who returned half a century ago, or whether there may be missing Japanese who were not on the confirmed list of abductees alive in North Korea, it seems likely that the North Korean government has some information to offer. But the families of Japan’s abductees remain skeptical. Abe’s decision to reopen talks with Pyongyang was met initially with a chilly response from them, and the idea of sending a Japanese delegation to Pyongyang was characterized as negotiating from a position of weakness. The prime minister’s decision to pursue talks with Pyongyang has again raised popular hopes that news of their families might be forthcoming, but the families were badly hurt by the last effort to investigate the status of the 12 remaining abductees when the Kim Jong Il regime reported them dead or found no evidence that they had entered the country. Forensic evidence for those the regime claimed had died proved false and bilateral talks fell apart. Kim Jong Un’s decision to reopen his father’s investigation must overcome this legacy of past failure if outreach to Japan is to succeed. The lack of any concrete information, with no date by which the North Koreans will provide their conclusions, all make for a highly cautious Japanese government response to Kim Jong Un’s decision to reopen talks with Japan.

At home, the Abe Cabinet is increasingly under political pressure and this too will shape Japanese receptivity to Pyongyang’s overtures. The abductee issue draws broad sympathy for the families, and the Japanese public is quick to criticize government efforts to negotiate with the North. While Abe himself has a strong political relationship with the families, he will not be immune to criticism should this redo by North Korea produce little visible progress. Chief Cabinet Secretary Suga is on record saying that the reinvestigation should take no more than a year, and this next year on Abe’s political agenda is replete with politically risky policy decisions. He will need to decide on a highly unpopular consumption tax by year’s end, and already rumors are spiraling that a snap election could be in the offing. Only really positive news from North Korea will redound to his benefit, and few expect that Pyongyang is capable of satisfying the Japanese public’s harsh condemnation of their past behavior.

While many in the US see a Pyongyang susceptible to UN pressure on human rights, Kim Jong Un’s government still seems more willing to deal with Washington than with Tokyo. If anything, US success in securing the release of its citizens detained by the North Korean regime raises questions about whether Japan is well-positioned to gain a similar breakthrough. This may increase the domestic pressure on Prime Minister Abe or it may simply deepen popular skepticism about North Korea’s aims.

But the real question is whether or not North Korea will continue to pursue its diplomacy and investigation in the wake of the UN General Assembly resolution to refer the North Korean leaders to the International Criminal Court for prosecution for crimes against humanity. Passed last Tuesday, the resolution was introduced by Japan and the EU on the basis of a UN Commission of Inquiry’s February report chronicling the “systematic, widespread and gross human rights violations that have been and are being committed” by Pyongyang. On Sunday, the North Korean National Defense Commission was reported to have threatened “the toughest counteraction” against Japan and other sponsors. KCNA reported the statement as singling out Japan: “Japan should bear in mind that if it continues behaving as now, it will disappear from the world map for good, not just remaining a near yet distant country.” This rhetorical flourish is not new, but interestingly the Kim regime threatened military retaliation rather than using the reinvestigation as leverage. Kim Jong Un’s strategy may yet be to entice Japan into a separate deal, but the UN resolution certainly adds a new twist to an already opaque North Korean effort to bargain with Tokyo.

In the end, Abe will be judged at home on his ability to bring Japanese citizens back from North Korea. If Pyongyang proves yet again that it has no serious intent to engage in diplomatic negotiation, the domestic tolerance for continued Japanese government effort will diminish even further. If, however, Pyongyang continues to play the abductee card, then the Abe Cabinet or any future Japanese leader will be compelled to respond. If, as many speculate, there are Japanese not included in the list of 12 abductees who can be identified and returned, then Abe will be given the credit he deserves for pursuing the conversation with Pyongyang. But if there are no Japanese who return to Japan, then even Abe—the politician seen as most committed to the cause of the families who lost their children to the machinations of the Kim dynasty—could suffer from the popular anxiety over their government’s ability to protect and defend their interests in a changing Asia.