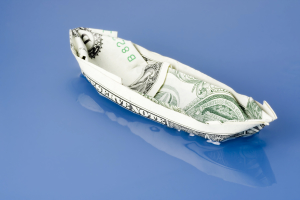 Tan’s primary North Korean client was Ocean Maritime Management (OMM), a Pyongyang-headquartered shipping firm that operates and manages a portion of the DPRK fleet. The United Nations designated OMM in 2014 for facilitating the shipment of a large consignment of conventional arms from Cuba to North Korea aboard the Chong Chon Gang a year earlier. Chinpo Shipping, UN investigators found, had paid $72,000 for the ship’s passage through the Panama Canal at the behest of OMM.

Though Chinpo itself was not designated, Singapore took the rare step of charging the company and its director, Tan Cheng Hoe. In December 2015, a Singaporean state court judge found Tan guilty of two offenses: providing financial services or transferring financial assets or resources “that may reasonably be used to contribute to the nuclear-related, ballistic missile-related, or other weapons of mass destruction-related programs or activities of the Democratic People’s Republic of Korea” (Regulation 12b of Singapore’s United Nations Regulations 2010); and carrying on a remittance business without a valid remittance license.

In effect, the prosecutors argued this case to be one of proliferation finance. Such cases are extremely uncommon, both within Singapore and internationally. Here the leading offense was one of facilitating the flow of funds related to proliferation, rather than the flow of the goods. While a number of facilitators of Iranian nuclear- or missile-related goods procurement have been charged in the US with money-laundering offenses, for example, those charges are usually secondary to ones of export-control breaches and are deployed to compound penalties. The Chinpo case is therefore fundamentally different, highly significant for the potential precedent it sets, and worthy of detailed analysis.

From a non-proliferation and sanctions-implementation perspective, there is good news and bad news in this judgment. On a positive note, the court testimony suggests that banks around the world succeeded in complicating life for OMM’s staff in Singapore. The firm’s North Korean employees found themselves unable to open and maintain their own bank accounts as a direct result of the decisions within many financial institutions to cease processing transactions related to North Korea. For most banks interviewed by this author, those decisions were propelled by the introduction of international and national-level sanctions on Pyongyang and the 2005 Banco Delta Asia fiasco. Trade with North Korea is viewed in most corners as a risk not worth the comparably small reward.

As a consequence, OMM was forced to seek the cooperation of Chinpo Shipping to process payments on its behalf. Tan agreed to use accounts he controlled with United Overseas Bank, International Commercial Bank, and Bank of China to facilitate over 600 wire transfers worth $40 million for his North Korean partners between April 2009 and July 2013. He allegedly earned a small profit by charging $50 for each transaction.

Tan’s daughter noted in court that one of the company’s accounts had been closed when the bank (believed to be Singapore-based United Overseas Bank) discovered that it was being used on OMM’s behalf. Tan similarly affirmed that on countless occasions his payments were delayed or refused by receiving banks or correspondent banks (many of whom maintain policies of not dealing with North Korea) while performing transaction screening and due diligence. This was especially true for US dollar payments, which would clear in the United States and therefore involve banks sensitive to stringent US regulations and wary of the penalties readily administered by the Office of Foreign Assets Control. According to Tan’s testimony, “more questions were asked by the bank in the US when the vessel name was included.” Consequently, Tan in 2010 began to exclude the names of the DPRK vessels from the payment details provided. He then found that “some processing banks rejected the transactions after asking for more information.”

While Tan may have succeeded in processing 600 North Korean-linked remittances between 2009 and 2013, the substantial difficulties and delays that he and his OMM collaborators had to face are a positive development. It is difficult to envision what scale and type of business OMM and Chinpo may have collectively been able to carry out if they had not encountered such regular financial hurdles. Credit is thus owed to the banks in the United States and elsewhere that queried and, where appropriate, rejected his payment requests. It is cases like Chinpo Shipping that demonstrate the disruptive effect that robust compliance programs can have on global proliferation networks. For this very reason, banks should continue to be regarded as a crucial partner in efforts to counter illicit trade, including weapons proliferation.

Yet at the same time, the Chinpo proceedings highlight the uneven rigor of financial crime compliance programs. Not all banks in this story deserve a pat on the back. Tan alleged that he only began omitting the names of vessels from transaction details after the Bank of China instructed his daughter to do so. This allegation was queried by the judge in court, but it was not fully investigated.

If true, Tan’s assertion does not necessarily imply that the Bank of China was systematically “wire stripping” (deliberately altering or removing information from wire payments or instructions). Rather, one or more of the bank’s client-facing employees may have quietly informed Tan’s daughter that the payments would be more likely to be processed if North Korean-flagged or -managed vessels were not mentioned. Infractions by front-line bank staff have been recurring features in wire-stripping cases related to other sanctions regimes and record-keeping regulations, though management-directed stripping has also been encountered in the past. Bank of China should investigate whether its employees were engaged in such practices and correct any procedural deficiencies which could enable nodes in international proliferation networks to process transactions with incomplete information.

The Chinpo Shipping judgment also affirms the challenges of devising policy to counter proliferation generally, and proliferation finance specifically. A main issue in the Chinpo case was whether or not the movement of funds related to North Korean conventional-weapons shipments can be said to contribute to the DPRK’s weapons of mass destruction (WMD) or missile activities. The question highlights potential complications from the partial translation of UN Security Council resolutions into Singaporean law, which differs from international definitions of “proliferation finance.”

As noted above, Singapore’s Regulation 12(b) focuses purely on the provision of financial services that aid North Korea’s WMD or missile activities. In order for Tan to be convicted under the regulation, the prosecution needed to prove that the shipment of conventional weapons aboard the Chong Chon Gang clearly supported Pyongyang’s WMD and missile programs.

…the act of providing funds or financial services which are used, in whole or in part, for the manufacture, acquisition, possession, development, export, trans-shipment, brokering, transport, transfer, stockpiling or use of nuclear, chemical or biological weapons and their means of delivery and related materials…in contravention of national laws or, where applicable, international obligations.

UN Security Council Resolution 2094 (2013), by contrast, includes a crucial line that the Singaporean legislation and FATF definitions both omit:

Member States shall… prevent the provision of financial services or the transfer to, through, or from their territory, or to or by their nationals or entities organized under their laws…or persons or financial institutions in their territory, of any financial or other assets or resources…that could contribute to the DPRK’s nuclear or ballistic missile programmes, or other activities prohibited by resolutions 1718 (2006), 1874 (2009), 2087 (2013), or this resolution, or to the evasion of measures imposed by resolutions 1718 (2006), 1874 (2009), 2087 (2013), or this resolution. (emphasis added)

Conventional arms purchases or sales are clearly covered by the UN wording to take account of the UN arms embargo that has been in place against North Korea since 2006. All UN Member States are obliged to implement Security Council provisions such as these in their national legislation. Had this element been properly incorporated into Singaporean legislation, the judge in the Chinpo Shipping case would never have had to embark on the awkward endeavour of determining Tan Cheng Hoe’s guilt on the basis of whether or not the Chong Chon Gang’s cargo can be classified as WMD- or missile-related.

Ultimately, prosecutors were lucky. The judge determined, based on the testimony of a single expert witness, that the surface-to-air systems found on board the Chong Chon Gang could be used to defend North Korean “nuclear missile sites.” That’s thin ice.

A few lessons should be taken from this. Firstly, states should be very conscious of how they translate UN Security Council resolutions on the DPRK into their national legislation. All aspects of the resolution should be covered, including conventional weapons trade. Had the 2013 consignment not included surface-to-air systems, but rather small arms or light weapons, Tan may be walking free on at least one of the counts.

Secondly, the non-proliferation community should make an effort to substantiate the broader link between North Korean conventional arms trade and the country’s WMD and missile activities: namely, that North Korea’s trade in all weapons and related goods and services generates funds that fill the same coffers Pyongyang uses to fuel its domestic nuclear and missile programs. This very thinking underpinned the UN Security Council’s decision to impose an arms embargo on North Korea in 2006.

Limited information is available to support this idea, however. It is apparent that the DPRK’s Second Economic Committee engages in arms sales overseas through its subsidiary, the Korea Mining Development Trading Corporation, but is also “responsible for overseeing the production of North Korea’s ballistic missiles.” Yet if the alleged link between conventional weapons-related financial flows and those for WMD and missile proliferation are expected to stand up in courts around the world, it will need further supporting evidence.

It remains uncertain how the case may inform future official action against North Korea’s overseas middlemen. Because of the legal peculiarities described above, particularly the manner in which the court determined that Tan had assisted WMD-related proliferation activity, the case is unlikely to create a precedent for all future cases of North Korean conventional arms-related trade. In any similar scenario in Singapore or another legal jurisdiction with comparable regulatory language, the court will again need to prove that the conventional weapons-related goods or services were somehow WMD-related. Doing so could be extremely problematic, a fact which reaffirms the importance of building an evidence base for the link between North Korean revenue from arms sales and Pyongyang’s nuclear and missile pursuits.

On the other hand, this case does help determine what assistance can be included within Regulation 12’s definition of “financial service.” The fact that Chinpo acted as a financial conduit for OMM payments and profited from OMM remittances was sufficient to determine its complicity under that portion of the regulation. Given the obstacles that North Koreans now face in accessing the formal financial sector, it is highly likely that Pyongyang relies on other comparable “trusted partners” in Singapore and elsewhere to move its money. Those partners would also likely find that, in court, their actions would also be deemed to constitute a prosecutable “financial service.”

Private Prosecutor vs. Chinpo Shipping Company is ultimately an unusual case with importance for future efforts to enhance counter-proliferation finance policy and practice. The details of Tan Cheng Hoe’s financial assistance to North Korean shipping firms that were unearthed during the trial show that a bank’s internal due diligence and compliance processes can and do have a disruptive effect on global proliferation networks. This progress in financial crime compliance is laudable, but further work is necessary to create a higher compliance and due diligence standard for all financial institutions and to increase banks’ understanding of operations by proliferators and their conspirators. Tan Cheng Hoe was but one of many.