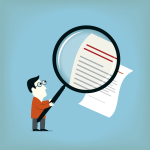 The recent article, “What’s behind North Korea’s attempts for dialogue?” by Cha Du-Hyeogn, published by NK News calls 38 North to task as “falling for Pyongyang’s trickery” and reporting on “omens” of an imminent fifth nuclear test. Normally, we wouldn’t respond to such comments, but 38 North takes a great deal of pride in its work to analyze satellite imagery. It is an extremely difficult task in a case like North Korea even for governments with much more advanced intelligence capabilities. So we feel we have to set the author of that article straight.

First, the author neglects to note that in fact, it was one government in particular—the ROK government—who, more than anyone else, fell for “North Korea’s trickery.” Day after day, headlines from Seoul highlighted statements by South Korean government officials—some anonymous, some named as well as President Park herself—stating that the fifth nuclear test was imminent. These statements were reinforced by pundits in the South and in the US that a test was likely given the upcoming North Korean 7th Party Congress. In short, the author should first and foremost take his own government to task for its poor work in predicting a fifth nuclear test. We would add that it is quite possible the South Korean government (and maybe the US as well) had very little notice of the fourth test and may have felt the need to not let that happen again. Hence the constant reframe that a fifth test might be imminent.

Second, if the author of this piece actually read our analysis closely, he would conclude that we were, in fact, quite neutral on whether a test was about to take place or not and certainly not anywhere near as definitive as the South Korean government. Every article we wrote basically said that we were unable to state that a test was imminent. 38 North did state that one well might be imminent but we were unable to tell given the imagery available to us and that in general, we believed that the North could conduct a test on short notice if the order was given by Pyongyang. Quite frankly, the fact that we wouldn’t make a definitive judgment took a lot of guts since the South Korean government has far greater resources than 38 North to monitor North Korea’s nuclear test site.

It is true that in one article, vehicles were spotted at what is believed to be the command center for the North’s nuclear test site, leading our analyst to state that this was a “possible” indication that a test was being prepared. His judgment, which was analytically sound, was based upon historical record, when vehicles appeared at that site only during test preparations. Sure, the North Koreans could have been faking it for both our and the South Korean government’s consumption. That’s why we hedged our bets—hence the word “possible,” which careful media outlets noted.

This gets to a bigger point that perhaps the author of this article doesn’t quite understand. Analysis of activities at North Korea’s nuclear test site has become much more difficult since Pyongyang’s third nuclear test in 2013. As we have noted in great detail in previous pieces, preparations for the test that year were much more obvious than in 2016. There is no doubt the North Koreans have decided to make it more difficult for outside observers to figure out what is going on at the site. Why they have made it more difficult is unclear, but one possible reason is denial and deception, to serve precisely the purpose noted by Cha. That’s why our analysis and any future work must be careful to take into consideration all of the possibilities. We believe we did that and would note that our imagery analysts—who have been doing this work for decades—are certainly extremely careful in reaching conclusions.

So let’s keep all of this in the right perspective. We know Cha had a broader political point he wanted to make about North Korea’s diplomatic strategy. That’s fine. And it’s certainly not shocking to find that he has distorted our reporting to fit that analysis. It happens all the time in the real world. But if he wrongly thinks we fell for Pyongyang’s trickery—then he should first and foremost take to task his own government and its intelligence agencies that fell for the North’s ruse in spades.