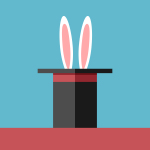 Well, did Kim Jong Un pull a rabbit out of his hat, or didn’t he?

More specifically, in his work report delivered at the 7th Workers’ Party Congress held May 6-8, did Kim use the flexibility inherent in byungjin to begin to shift his emphasis from developing the country’s nuclear weapons program to building the economy?

To clear the air before we start, in my April 4 article I didn’t “predict” Kim would make such a shift at the congress. What I said was:

Here is a new working hypothesis to keep on the table. One can never be sure of the timing of a specific North Korean proposal, nor the vehicle in which it will be presented. In essence, these will be the opening moves:

A “working hypothesis” is just that, a tool, a notional guide, a measuring stick. So, was this working hypothesis a good guide to interpreting Kim’s remarks? Does it need to be refined? Did Kim do anything like what is outlined above? Several recent articles on 38 North have dealt with important aspects of the Congress and of Kim’s speech. My focus is somewhat different.

Bottom line, I think Kim did give us a glimpse of the rabbit. I’m bound to say, though, I’m not sure he brought it entirely out of the hat. We got a look at its ears, but we can still only guess at the size of its feet.

It was never in the cards that Kim was going to proclaim the end of byungjin, and he was certainly not at this juncture going to announce that the North accepts denuclearization, or anything approaching that. The issue is more nuanced than that. It has to do with relative emphasis within byungjin and—if it is not immediately obvious, it should be—whether Kim’s approach suggested any openings that could be explored in eventual negotiations. The current South Korean catechism is that “now” is not the time for negotiations. Perhaps so (I say “perhaps” to be polite), but eventually we will have to get back to talks. We might as well begin reviewing the broad landscape of North Korean policy—beyond simply the nuclear part—sooner rather than later.

To begin, it is worthwhile noting what Kim did not say. He did not repeat the promise from his April 2012 speech that North Koreans could look forward to the future “without tightening their belts any longer and fully enjoy wealth and prosperity under socialism.”

In fact, a year later, in his March 2013 plenum speech introducing the byungjin line, Kim had clearly stepped away from that position when he noted:

Great difficulties are prevailing before us, who had intended to concentrate our efforts on the economic construction so as to enable the people to enjoy the wealth and honor of socialism without having to tighten their belts any longer on the basis of the war deterrent for self-defense, which the great generalissimos provided by dedicating their whole lives.

In his work report to the recent congress, however, Kim seems to have tiptoed back toward his 2012 position. Pointing to an unspecified past, he proclaimed that, “in the very difficult conditions and environment, our party, army, and people, by tightening their belts and by waging an arduous struggle, have built an invincible military power, amazing the world.” That formulation would seem to leave open whether the days of sacrifice are over, or are still to be endured.

If we pay close attention to what else Kim said at the party congress, that is likely produce groans from some readers. “It’s only words,” many will complain. Admittedly, we all realize that extensive textual analysis often leads to dense, Talmudic prose. You can’t tweet it.

Nevertheless, the same people who dismiss exegesis are happy enough to lift Kim’s words on the nuclear issue from the speech, and seriously argue that his assertion that the North has become a “responsible nuclear state” tells us virtually all we need to know. To the contrary, based on a reading of the full text of Kim’s lengthy speech, there is much more to examine. In particular, three other sections in the work report need to be considered.

1. Where things stand. Not surprisingly, Kim’s review of the decades since the last congress in 1980 was couched in positive terms—all accomplishments, all conquered high peaks from which to survey the future. That opening section is not, however, merely the confetti of self-congratulations; it provides a basis for understanding the starting point for the current policies outlined later in Kim’s work report.

Most important, Kim’s remarks at the congress differ from those at the March 2013 party plenum, where he clearly signaled that the defense sector, and very specifically the nuclear sector, needed to be bolstered before it would be safe to concentrate on economic matters. In 2013, Kim asserted there was work yet to be done, and that was why he had instituted the byungjin line. The deterrent had to be built up to make it possible to “concentrate our efforts on economic construction and improvement of the people’s living standards without any worries.” By contrast, in his work report at the congress, Kim several times suggests that with the nuclear shield in place, the country is now strong enough to focus on the economy. One of his clearest statements that a key goal of byungjin has been met—i.e., that the defense shield is now strong enough to allow the focus to shift to the economy—is this:

Before the might of the chuch’e-oriented national defense industry which has reached a cutting-edge level, the enemies are shivering with fear, and our people, under the protection of the formidable national defense capabilities and war deterrent, are turning out in socialist construction with overflowing faith in sure victory without any concern about their lives. (Emphasis added.)

2. Economy vs military. Having established that the country’s defense is strong, Kim then advances the formulations that, in effect, let us begin to see the rabbit, i.e., the signal that a shift in priorities is underway. Before we get to that, however, there is the matter of what some might see as contrary evidence:

The entire country is regarding military issues as the most important state affairs and is subordinating everything to military issues, and all of the people are making the blood of their hearts afire with a do-or-die resolve to complete the sacred cause of the fatherland’s reunification through an all-people resistance and war, when the time has come for a decisive battle. (Emphasis added.)

I didn’t ignore the above passage. But it is not advanced as a goal; rather it is a description of the current state of affairs. As for the future, Kim describes that in starkly different terms. He begins with the set up, the drumroll of accomplishment:

As the politically, ideologically, and militarily powerful country has been excellently built, the main force of our revolution has strengthened beyond comparison.

Note that one drum is missing in the above—the economy. And so Kim turns his attention to that.

The building of an economically powerful state is the basic front where our party and state must concentrate all efforts at the present period.

Now, our country has proudly climbed to the status of a politically and militarily powerful state, but the economic sector has yet to reach its deserved height. (Emphasis added.)

In 2000, a formulation noting that the economy lagged behind the political and military development was the opening salvo for Kim Jong Il’s new economic policies, and became the banner under which the regime’s reformers rallied. It is no mistake that Kim Jong Un has revived it.

3. New economic policy. Kim does list goals for the defense sector, but having established the relative priority of the economy, the core of his comments are directed at the party and the government’s tasks in that sphere. Again, this is considerably different from his 2013 plenum speech, where he put clear emphasis on the developing the defense sector over the economy.

To reinforce his focus on the economy, Kim singles out the role of the cabinet. References to the cabinet and the “cabinet responsibility system” have popped up here and there for several years, but in the work report, Kim gives the cabinet more than a passing reference. By doing so, he emphasizes that the practical steps, the “realistic” steps, for new economic policies are to be in the hands of those who are supposed to be trained and experienced in such things.

The Cabinet, which serves as the country’s economic command, must make a resolute break with the tendency to cut corners, as well as formalism and defeatism; realistically establish state economic development strategies and stage-by-stage plans based on the party’s line and policy; methodically put together economic organization work for their implementation; and make a stubborn push to the finish as the master put in charge of economic work in front of the party and the people.

The country’s overall economic work must be centralized in the Cabinet in accordance to the demands of the cabinet responsibility system and the cabinet-centric system, and the discipline and order of all economic sectors and units operating in sync with the Cabinet’s unified operations and command must be strictly established.

And what is one of the key policies that the cabinet is to implement? In his 2013 plenum speech, Kim had emphasized the “socialist enterprise responsibility management system.” At this year’s congress, Kim’s work report makes clear this initiative remains a priority, and his language is meant to disabuse anyone who thinks this system is meant to allow fuller initiative at the enterprise level is tentative or experimental.

Sufficient conditions must be provided on the state level for enterprises to smoothly take advantage of the management rights assigned to them. (Emphasis added.)

At the congress, Kim laid out the philosophical foundations and broad priorities on which specific polices were to be based. A March 26-28 joint meeting of officials of the party, state, economic and armed forces on carrying out the new economic strategy signals that the task of moving from the general to the specific is already underway. The preliminary indications are that, at least at the conceptual level, the regime understands that infusing the economy with life will be a long term, multi-stage proposition, and that the current “five year strategy for state economic development” that Kim discussed in vague terms at the party congress is only a first step.

One of the first hurdles the new push on the economy faces may be foot dragging, or even outright opposition, by those who see in the five-year economic strategy a threat to the long-established primacy of the defense industry sector. Premier Pak Pong Ju certainly remembers that during his first appointment to the premiership, under Kim Jong Il, a debate surfaced in the media in 2003 and 2004 over the wisdom of a reallocation of resources away from the defense sector to the civilian sector. The reformers lost that round. Whether they are in a better position this time remains to be seen.