“Even though the U.S. and its allies try to block our space development, our aerospace scientists will conquer space and definitely plant the flag of the DPRK on the moon!” 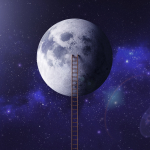 What would have been alarming coming from a Cold War superpower seems almost comical coming from Pyongyang. Yet that was the recent claim from Hyon Kwang Il, director of the scientific research department of North Korea’s National Aerospace Development Administration. But should we really be laughing? Shortly after North Korea’s announcement, the US government approved a plan by a team of Silicon Valley entrepreneurs to launch a private lunar probe using a rocket being developed in New Zealand. The days when deep space missions were the exclusive domain of superpower governments are over, and the new space race may have a more interesting cast of competitors.

It should be noted that Hyon Kwang Il is not Kim Jong Un. His words do not bind the North Korean regime to any plan or policy, and having a second-tier technical administrator make the announcement is a common way to float a trial balloon while keeping the option of quietly shelving the whole idea. But at the same time, it is unlikely that Hyon is just voicing a private opinion; that could prove embarrassing to the North Korean regime if it doesn’t share his goals, and this isn’t a regime known for forgiving slights. Presumably, Kim Jong Un is at least contemplating going ahead with this plan. And while he may change his mind a month or a year from now, it is worth looking at what could come if they persevere.

Could they really do it?

North Korea’s existing space launch vehicle, the Unha-3, is suitable only for launching small satellites into low orbits, a few hundred to maybe a few thousand kilometers above the Earth. But the North has announced a larger vehicle it calls the Unha-9, and expanded its satellite launch pad to accommodate a vehicle up to 50 meters tall compared to the Unha-3’s 30-meter height. We have modeled several configurations for a launch vehicle using North Korea’s existing engines and launch vehicle technology, but scaled up to such a size. Most of these configurations would be able to launch a modest probe weighing up to 300 kilograms on a lunar trajectory. As with most of North Korea’s large rockets, it is very likely to fail on its first launch attempt, but with persistent effort it would probably be able to make the rocket work.

But the rocket is only half the equation, capable only of launching an object moonward with enough energy to coast past at a modest distance. The North Koreans will need a spacecraft for the rocket to launch. So far, they haven’t proven very adept in that area—the Kwangmyongsong-3 and Kwangmyongsong-4 satellites appear to have tumbled out of control without ever communicating with Earth. That won’t cut it for a lunar mission—even if a failed probe were to hit the moon, which would require better aim than the North has ever demonstrated, it would not be able to report success. The moon is too distant for a spacecraft to be reliably tracked by radar, and a skeptical world would not likely take North Korea at its word, should it claim success.

For a lunar probe, North Korea will need an attitude determination and control system that can keep the spacecraft properly oriented, and a guidance and navigation system capable of determining its position and velocity with adequate precision. Both of these will need to function in deep space, without a nearby Earth to use as a reference point. It will need a communications system capable of transmitting and receiving across a quarter of a million miles. It will need small maneuvering thrusters to perform course correction maneuvers, and a camera to send back the pictures that prove it reached the moon. All of these things will need to remain powered and functional for several days in an extremely harsh environment.

All of this to avoid headlines that read: “North Korean Lunar Probe Destroyed on Impact!” Crash landings don’t make for good propaganda, and Hyon Kwang Il, at least, claims that the North Korean flag will fly on the moon. So presumably the ambition is for a soft landing of a probe that will be falling towards the moon at 6,000 miles per hour. Most of the probe’s weight will have to be fuel for deceleration and landing, leaving no more than 120 kilograms for the probe itself. The engines will need to be both more powerful and more precise than for a simple impact probe, the guidance and control systems much more capable, and there will need to be an impact-absorbing landing system.

North Korea has, to date, demonstrated none of these capabilities. Neither had anyone else in 1957, but by 1964, both the United States and Soviet Union had reached the moon and sent back data right to the point of impact. Two years later, both nations had landed unmanned spacecraft intact on the lunar surface. The North Koreans, or at least Hyon, are claiming that they will do in ten years what we did in nine, and presumably their engineers have read the textbooks we wrote about how to do this. Furthermore, none of the technologies needed are alien to North Koreans—they can build rockets and radios, cameras and gyroscopes–it is just the application that is different. North Korea has rather consistently shown that, at least in the field of rocketry, it can do today what we could do 50 years ago.

The real question is whether Pyongyang can afford it. The United States and Soviet Union each hit the moon on their sixth try, and beyond the half-dozen lunar probe launches were maybe twice that number of Earth-orbiting satellites proving out the various technologies and subsystems. Soft landing required still more effort. As with the rockets themselves, these things usually don’t work right the first time, and “trial and error” is mostly error at the start. All those errors fit easily within the budget of a superpower striving for Cold War prestige, but would perhaps be out of reach for the heavily sanctioned and cash strapped North Korea.

North Korea has averaged one space launch attempt every other year, and never more than two in the same year. To achieve even a lunar impact in the next decade would probably require a sustained effort comparable to the North’s all-time peak, and a soft landing would be harder still. Even if this was technically feasible for North Korea, it may not be economically practical. And if the North is determined to succeed, the effort will require substantial resources beyond its current space launch and missile programs. Or the alternative may be to switch those resources into the lunar program.

What benefit could North Korea seek that would justify such a cost? We should not overlook the prestige and propaganda value of such an achievement. The regime is clearly concerned with its image, and very much wishes to be seen as an equal member of the community of nations, or perhaps more than equal. Landing a probe on the moon would put the North in a club whose only other members (so far) are the United States, Russia and China. It would give the North Korean people another reason to be proud of their government, and Pyongyang might even hope to appeal to nationalist sentiment in the South.

Fears that a lunar exploration program would serve as a cover for missile development are probably unfounded. As we have noted before, North Korea’s space and missile programs share a common heritage but now follow different trajectories. The existing Unha-3 space launch vehicle has little in common with North Korea’s KN-08 and KN-14 intercontinental ballistic missiles, and is too large and cumbersome to be really useful as a weapon itself. An Unha-9, sized to launch lunar probes, would be even more divorced from any earthly military application. It is more likely that a serious lunar probe effort would detract from North Korea’s missile programs through the sheer commitment of resources required than contribute useful technology or experience to those programs.

But, again, the rocket is only half the equation. And Hyon was careful to point out that over the next five years, North Korea will launch Earth observation satellites and even its first communications satellite into geostationary orbit. Satellites like these, with practical applications close to home, require capabilities North Korea has yet to master. For the most part, they require the same capabilities as a lunar probe or lander.

If North Korea tries to develop an Earth-imaging satellite, people will understandably wonder whether it is a spy satellite meant to find targets for North Korea’s nuclear missiles. A communications satellite might be used to talk to missile submarines in the Pacific, and any spacecraft making large maneuvers in Earth orbit might be suspected of being an antisatellite weapon. From these suspicions, there would likely follow economic sanctions. But would North Korea be as severely sanctioned for something as overtly peaceful as a space exploration program?

The early history of the US and Russian space programs shows that even relatively small and crude satellites can be of real value, in peace and war and in the middle ground between. Using technology no greater than what was available to us in the early 1960s, and which North Korea would necessarily develop along the path to a lunar probe, we might expect them to develop their own equivalents of:

These capabilities may seem quaint to those of us with satellite telephones and ready access to DigitalGlobe’s high-resolution satellite imagery. And for almost any other nation in North Korea’s class, paying for the services of someone else’s more sophisticated satellites is a better deal than building their own. But that probably isn’t an option for Pyongyang; certainly not one it can count on in a crisis. Building its own satellites, however primitive, may be worth a great deal to them.

If North Korea does choose to shoot for the moon, it will likely find such a mission within its technical reach but beyond its economic means. Pyongyang could possibly find a way to fund such a program to completion, in which case it will have earned a substantial propaganda victory which we can expect it to exploit to the fullest. We might even wish for such an outcome if the needed resources were diverted from more threatening missile programs, though that is hardly guaranteed.

But whether the North manages a lunar landing or not, or stops with a simple probe hitting the moon’s surface and declares victory, some of us will be carefully watching the satellites it launches along the way. What type and in what orbits, how well they work, and what Pyongyang choses to do with them. Complete control of the high ground of outer space has been a decisive advantage of the United States and its allies at least as far back as the 1991 Persian Gulf War. Having to cede even a small corner of that high ground to a potential adversary might not be a welcome development.