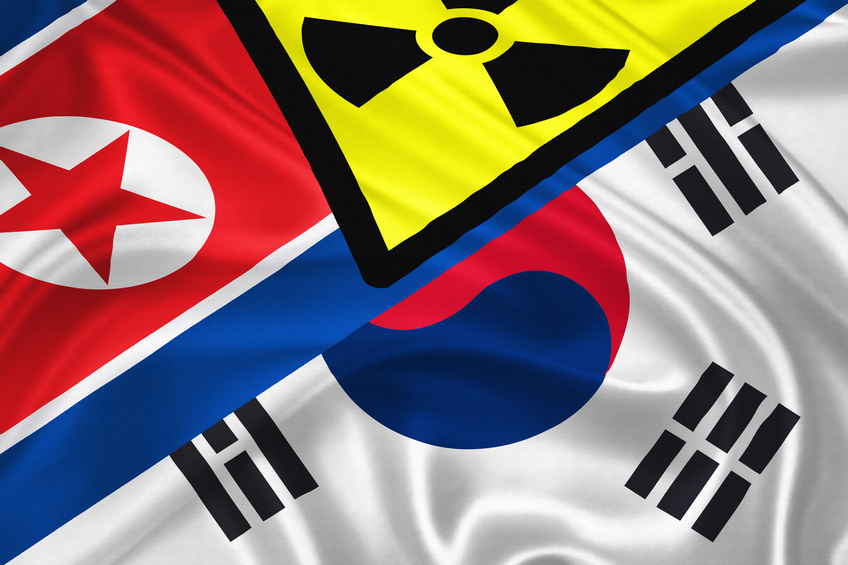 In a report projecting how North Korea’s nuclear arsenal may grow over the next few years, mid- to high-end scenarios estimated that the North could build upwards of 50-100 nuclear weapons by 2020,[1] approaching the size of arsenals in India and Pakistan.[2] By enabling the DPRK to credibly threaten a nuclear second strike against the United States, a North Korean arsenal of this size would undermine the credibility of the “nuclear umbrella” that Washington now extends to South Korea. Seoul, in turn, faces increasing pressure to develop its own nuclear weapons capability, especially as North Korea continues nuclear and missile testing at a rapid and unrelenting pace. If US President Obama wants to dissuade the South from pursuing its own nuclear deterrent, his administration must act to provide Seoul with more specific and realistic options to ease some of its security concerns.

On July 8, 2016, Seoul and Washington announced plans to deploy the Terminal High-Altitude Area Defense (THAAD) system in South Korea to provide additional protection against nuclear and missile threats from North Korea.[3] The colossal decision to establish a US-backed missile defense system in the South as an integral part of its collective self-defense represents a significant achievement for the US-ROK alliance, but has prompted strong protests from China, which views the system as a serious threat to its own security interests and strategic balance in the region. In other words, THAAD will bolster the South’s defensive capabilities but exacerbate China-South Korea relations and fuel tensions between the two powers most able to address the North Korean nuclear dilemma.[4]

Seoul would prefer to receive full cooperation from both countries in countering the North Korean threat, and its agreement to host THAAD reflects a tacit recognition that its limited defense capabilities sometimes force it to choose one side over the other. The United States has seemingly viewed its alliance with Seoul primarily through the lens of superpower competition, with the protection of South Korea as a secondary concern. These priorities appear to have been reflected in the Obama administration’s calls for South Korea to adopt various territorial missile defenses. While the systems could prove useful to South Korea in the event that a diplomatic row over North Korea’s nuclear program sparks a serious crisis or a low-intensity war, they also support broader US objectives in line with its pivot to Asia.[5] While US support may prove valuable in limiting the North Korean nuclear threat to South Korea, Washington and Seoul do not share obviating that threat as their sole, overriding objective.

The US-ROK relationship, which places US strategic interests ahead of South Korea’s fears about the North, has prompted pundits in the South to pose a necessary question: Why should South Korean foreign policy be held hostage by North Korean nukes? One widespread answer has been that South Korea is not allowed to develop its own nuclear weapons. Since the South’s clandestine nuclear weapons program, initiated in the 1970s under Park Chung-hee, was discovered, there has been great pressure from the United States for Seoul to refrain from building a nuclear deterrent. Instead, South Korean leaders have relied on the US pledge of a “nuclear umbrella” that would be able to deter and retaliate to any nuclear attack against the South.

Still, a number of hawkish politicians and experts in South Korea have made no secret of their penchant for nuclear weapons, suggesting that North Korea’s nuclear program makes it feasible and necessary for Seoul to pursue a counterpart effort.[6] In particular, these advocates do not appear to rule out the possibility of acquiring nuclear weapons if the US missile defense system, which remains a potential flashpoint between South Korea and China, either becomes unavailable or proves insufficient to provide security for South Korea.

Each of these conditions appears feasible. Washington and Seoul finalized plans to deploy THAAD despite numerous unanswered questions about the system’s technological maturity. Moreover, a number of scholars and experts (myself included) agree that THAAD is not a perfect defense system for shooting down hundreds of North Korean missiles.[7] Meanwhile, North Korea highlighted concerns about Washington’s extended deterrence commitments one day after the THAAD announcement, when it test-launched a submarine-launched ballistic missile (SLBM) that may someday be capable of striking US strategic targets.[8] Though the missile exploded in midflight on July 9, a comparable weapon successfully reached Japanese waters from the DPRK’s east coast during an August 25 trial. Kim Jong Un allegedly described the latter test as “the greatest success” and claimed that the United States was now within the striking range of his missiles.[9] US defense planners fear that North Korea could ultimately incorporate a nuclear payload onto the SLBM as well as the Rodong, one of the longest-range missiles it has tested to date.[10] Each of these developments raises questions about the continued reliability of US security commitments to South Korea as the North’s nuclear and missile development continues to progress.

Taking these factors into account, it appears possible that South Korea will not rule out suspending its nonproliferation commitments under the Nuclear Non-proliferation Treaty. As North Korea’s nuclear and missile development poses an increasingly dire threat, calls for South Korea to acquire an indigenous nuclear weapons capability are becoming ever more common. Support for a South Korean nuclear weapons program has fluctuated between 52 and 68 percent in domestic polls, and if North Korea’s nuclear arsenal reaches the size of India or Pakistan’s stockpiles, domestic pressures for a ROK nuclear program would be stronger than ever.

In this political and security climate, it is conceivable that South Korea’s political and scientific establishments, which are concerned about national security threats, could begin to consider nuclear weapons development as a preferable alternative to fielding a wholly conventional defense force against a nuclear-armed North.[11] Public calls for a South Korean nuclear deterrent could gradually influence the country’s policy circles, first by encouraging the acquisition of nuclear weapons components such as plutonium and highly enriched uranium, and later by pushing for the assembly of those components into functional weapons. Viewing South Korea’s nuclear options through the lens of economic and technical feasibility, it may be only a matter of time before Seoul makes the political and strategic decision to pursue a nuclear deterrent.

It has become common in South Korea to question why Seoul continues to rely on an ineffective, frayed US nuclear umbrella rather than fix what can appear to be a troubled, decades-old deterrence policy. It is self-deception to believe that one can prevail in a nuclear war through defensive capabilities alone, and North Korea has a strong desire to up the ante by demonstrating its nuclear prowess and defying international norms against testing.

It is very clear that THAAD alone cannot sufficiently deter North Korea from increasingly aggressive and provocative behavior. While it provides an added layer of defense, it does so at the high cost of souring relations with China. In order to avoid South Korea choosing to head down the nuclear path, it is time for Seoul, Washington and Beijing to show more specific and tangible resolve to reverse Pyongyang’s reckless nuclear proliferation.

[2] The North Korean arsenal would compare roughly in size to Pakistan’s current stockpile. See Kelsey Davenport, “Nuclear Weapons: Who Has What at a Glance,” Arms Control Association, August 2016, https://www.armscontrol.org/factsheets/Nuclearweaponswhohaswhat.

[3] Visions of THAAD destroying a North Korean ballistic missile in flight may now appear far-fetched, but as former US Secretary of Defense William Perry said in his 2015 memoir, “[I]t has certainly been normal in history to think of fashioning defenses against evolving military threats.” See William Perry, My Journey at the Nuclear Brink (Stanford University Press, November 11, 2015) 68.

[4] Protests of THAAD have been somewhat muted to date. A few South Korean intellectuals and activists on the left have mounted compelling critiques of the plan, but the mainstream has taken comfort from the prospect of strengthened military collaboration between the allies.

[5] The United States may also have pushed for THAAD deployment in a bid to better protect its bases; after all, if North Korea successfully attacked a US military base in the South, US domestic opinion could compel Washington to respond with its own destabilizing escalation against the communist regime.

[8] This response to the THAAD deployment came certainly as a surprise to many observers. Some had believed the North would take several more years to successfully test-launch an SLBM, a step that moves it closer to potentially firing missiles from submarines stationed around the Korean peninsula or beyond. Even those who anticipated further SLBM testing were surprised by the speed of its success.