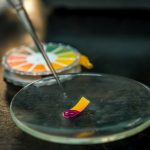 On July 8, 2016, the Republic of Korea and the United States announced their decision to deploy the Terminal High-Altitude Area Defense (THAAD) system on South Korean territory. That intent was reiterated in phone conversations on March 1, 2017 between the two countries’ national security advisors, Kim Kwan-jin and H.R. McMaster, following the approval of a land swap deal that will allow the system to be deployed on the military’s preferred site. This decision has soured Sino-US relations, but it has damaged Sino-ROK relations to an even greater extent while shifting the security landscape in Northeast Asia. Nonetheless, Seoul and Beijing should be able to find a way to manage their differences over this issue to keep relations moving in a positive direction.

When the decision was originally made, the ROK government anticipated a negative Chinese reaction to THAAD deployment, but went ahead with it for several reasons. First, its anxiety about security and lack of missile defenses had increased significantly in response to the acceleration of North Korea’s nuclear and ballistic missile development. Second, the ROK government needed to manage the risk of Washington abandoning the US-ROK alliance. In doing this, it considered THAAD to be one means of filling security gaps and securing conditions for the stable presence of US forces. Third, Seoul understood the system’s effective radar detection range to be limited to the Korean peninsula and is oriented solely to detect North Korean ballistic missiles. Fourth, Seoul needed to demonstrate that it would not permit China to exercise a veto over its right to deploy a system to defend its national security. Fifth, the ROK government dismissed the fear that a THAAD battery in its territory would become integrated into the US ballistic missile defense system as groundless.[1] In addition to these factors, opponents of President Park Geun-hye’s conservative administration won a majority of National Assembly seats in the subsequent general election, raising the prospect that deploying THAAD would have become less politically feasible with further delay.

However, China holds a very different view of the South Korean decision. First, Beijing believes that one THAAD battery can neither deter North Korea militarily nor compel Pyongyang to change its behavior. Second, it thinks the system’s detection range could later be changed to suit US needs, enabling THAAD to potentially target Chinese assets, including strategic missile systems and forcing Beijing to spend more on defenses for its coastal missile bases. Third, Beijing is aware that a long-term goal of the US rebalance to Asia is to check or block China through security cooperation with South Korea and Japan. Fourth, it expects an additional strategic burden from changes to the regional “power balance,” such as new Russian defenses against THAAD that Beijing will also have to take into account.

The decision to deploy THAAD has, in fact, severely damaged relations between China and South Korea, countries that have generally seen eye to eye on the North Korean nuclear issue. When North Korea conducted its fourth nuclear test in January 2016, China issued a statement strongly condemning the North.[2] Despite that, the ROK proceeded on February 7, 2016 to begin official consultations with the United States on THAAD deployment. China fought the proposal from the start, contending that the potential step would violate its security interests and disrupt the strategic balance. China regularly voiced its criticism of the prospective deployment in even stronger terms, expressing hope that it would be “relinquished,” warning that it would “wreck” bilateral relations and linking it to a “sword dance by the US aiming at China.” When the ROK ultimately decided to deploy the system, China immediately said it had “expressed its strong dissatisfaction with and resolute opposition to the decision.”[3] After the US-ROK announcement, China started to stress its own strategic security interests on the peninsula, calling for peace and stability, denuclearization and resolution of disputes through dialogue and negotiations.

Furthermore, China could impose non-tariff barriers to pressure the ROK. Bilateral exchanges, both public and private, are shrinking. Internet users in each country are fomenting sentiment against the other, and the ROK is developing measures to minimize any negative trade impact. South Korean companies have also found business and investment deals in China going sour, with numerous reports of increased inspections, stalled construction projects and difficulties clearing customs. Following the announcement of the recent land swap deal with Lotte International, exchanging Lotte’s golf course in the southeast for military land near Seoul, Chinese Foreign Ministry spokesman Gen Shuang warned again, of “consequences” for the decision, stating that China “will definitely take measures to safeguard its security interests,” with “all the consequences entailed will be borne by the US and the Republic of Korea.”[4]

Finding a practical middle ground will not be easy. South Korea is not likely to renege on its decision to deploy THAAD despite China’s opposition and it will be difficult for Beijing to accept the US-ROK decision, given the domestic and international audiences it must consider. A game of chicken appears to be emerging on the issue, which will be played out whenever there is a new development on the issue, such as confirmation of a deployment date and the system’s introduction, installation and operation. International cooperation on North Korea’s nuclear and missile programs is already losing steam due to China’s passive attitude, and the deployment of THAAD may open a Pandora’s Box when it ultimately becomes reality.

Nevertheless, China, for several reasons, should consider limiting any direct “retaliation and sanctions” targeting the ROK. First, Korea still holds strategic value in the full-blown competition between China and the United States over norms and institutions, escalation in South China Sea and responses to Japanese revisionism. Second, if China interferes too much with South Korean security sovereignty, its international reputation will suffer and neighboring states may increasingly see China as a threat. Third, no Chinese retaliatory action is likely to alter South Korean behavior. Fourth, non-tariff barriers have limits as tools for retaliation.[5] With these considerations in mind, China will respond to THAAD primarily by strengthening its military ties and cooperation with Russia, stably managing its relations with North Korea and attempting strategic negotiations with the United States. South Korea has its own reasons to limit its tensions with Beijing. Up to 25 percent of the ROK’s trade volume comes from China, and reunification of the Korean peninsula is not possible without Beijing’s constructive role in the process. Therefore, “China bashing” is unrealistic and can return like a boomerang to haunt the ROK. In particular, South Korea stands to incur diplomatic costs if the region’s security dynamic changes from “DPRK versus the international community” to “ROK-US-Japan versus China-Russia-DPRK.”[6]

Given these circumstances, the ROK and China are likely to pursue an exit strategy through open-ended communications and dialogue. Beijing has in the past suggested it wants to leave open the possibility of a future strategic dialogue when circumstances permit. However, several questions remain unanswered, which will affect the ability of the ROK and China to put the THAAD issues behind them. First, can Seoul actively create space for dialogue, given that the THAAD issue reflects a strategic competition between the United States and China? Second, can tensions over THAAD be reduced through improved South-North relations aimed at addressing the North Korean nuclear issue? Third, can the ROK persuade China that THAAD poses no threat to China’s strategic nuclear deterrent and find other ways to lessen Chinese mistrust? Fourth, will South Korean activists be able to obstruct the deployment of THAAD on safety and environmental grounds?

In conclusion, the decision to deploy THAAD can act as a critical litmus test, enabling the ROK and China to either confirm conflicting strategic interests while remaining superficial friends, or to reach a strategic consensus and seek new, higher-level directions for the bilateral relationship. What is clear is that there is more than THAAD to Sino-ROK relations. Therefore, as long as the ROK and China avoid a blame game over who is responsible for the North Korean nuclear problem, they will be able to manage the status quo through an understanding of each other’s positions, even if they are not necessarily in agreement. The status of the Sino-ROK relationship will come into fuller view after the upcoming ROK presidential election.

Lee Hee Ok is a Professor of Political Science and Director of the Sungkyun Institute of China Studies at Sungkyunkwan University.