Media reports[1] claimed high levels of activity last month at the Punggye-ri Nuclear Test Site, which included a claim that US spy satellites had detected “some modifications around one of the tunnel entrances to an underground test area.” However, 38 North’s analysis of commercial satellite imagery from June 28 and July 5 remains consistent with our previous assessment that no significant new activity can be observed, but additional nuclear tests could occur at any time, once the North Korean leadership makes the decision to do so.

At the same time, there does appear to have been an overall clean-up of the facility, giving the impression of an unusually well-maintained site at a high state of readiness to host another underground nuclear test on short notice.

At the North Portal, the tunnel complex used for the past four nuclear tests, shows few signs of activity other than continued water drainage, which is a fairly routine due to natural water seepage in underground tunnels that needs to be removed. No discernible new spoil is present, indicating the absence of new tunneling. The net canopy (located 40 meters south of the North Portal) remains in place, with no equipment observed under it.

If the North Portal was the tunnel entrance the US spy satellites had detected modifications around, these claims are impossible to corroborate based on commercial satellite imagery due to surrounding vegetation partially obscuring the view.

Figure 1. No significant activity detected at the North Portal in late June or early July. 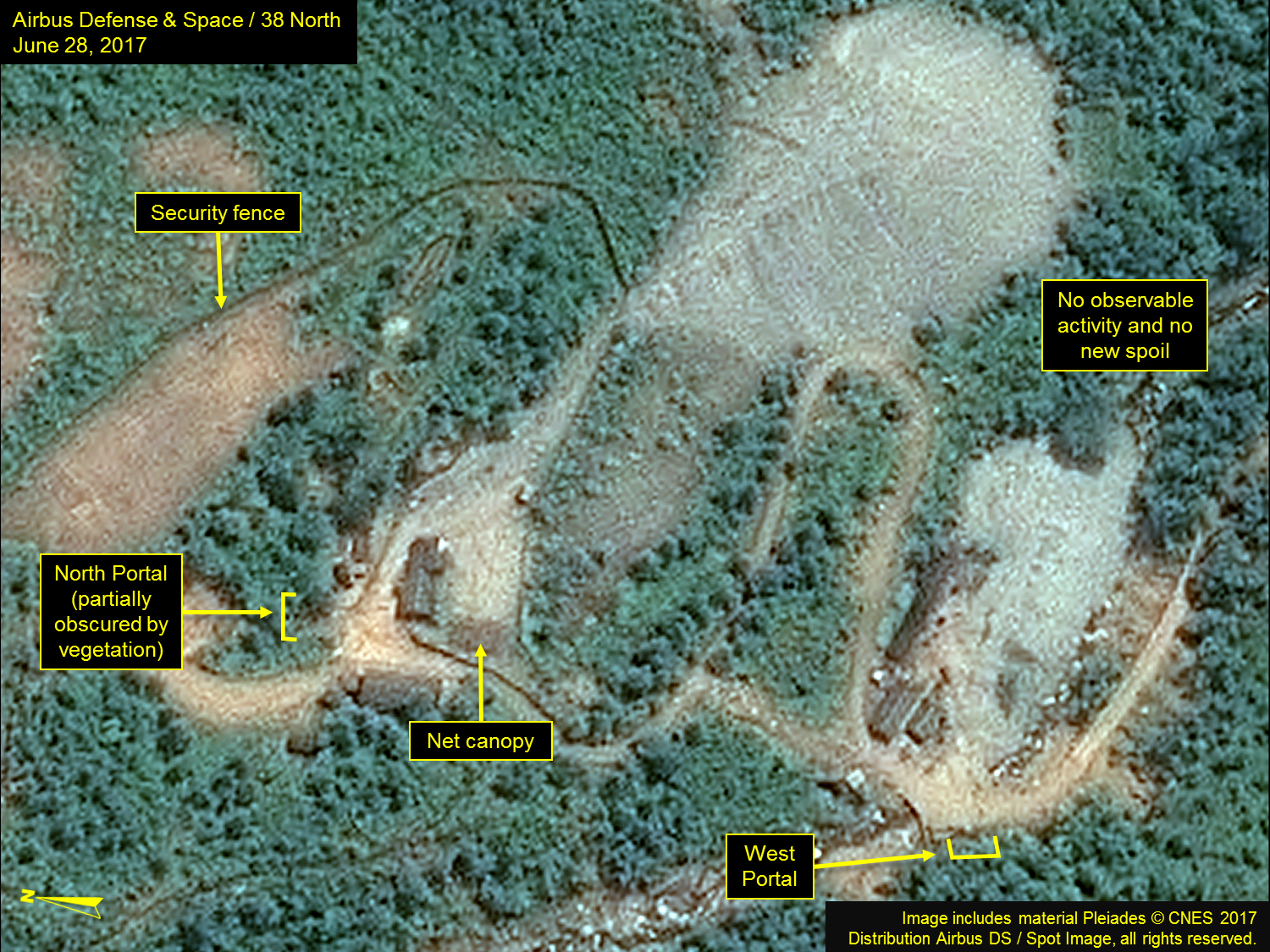 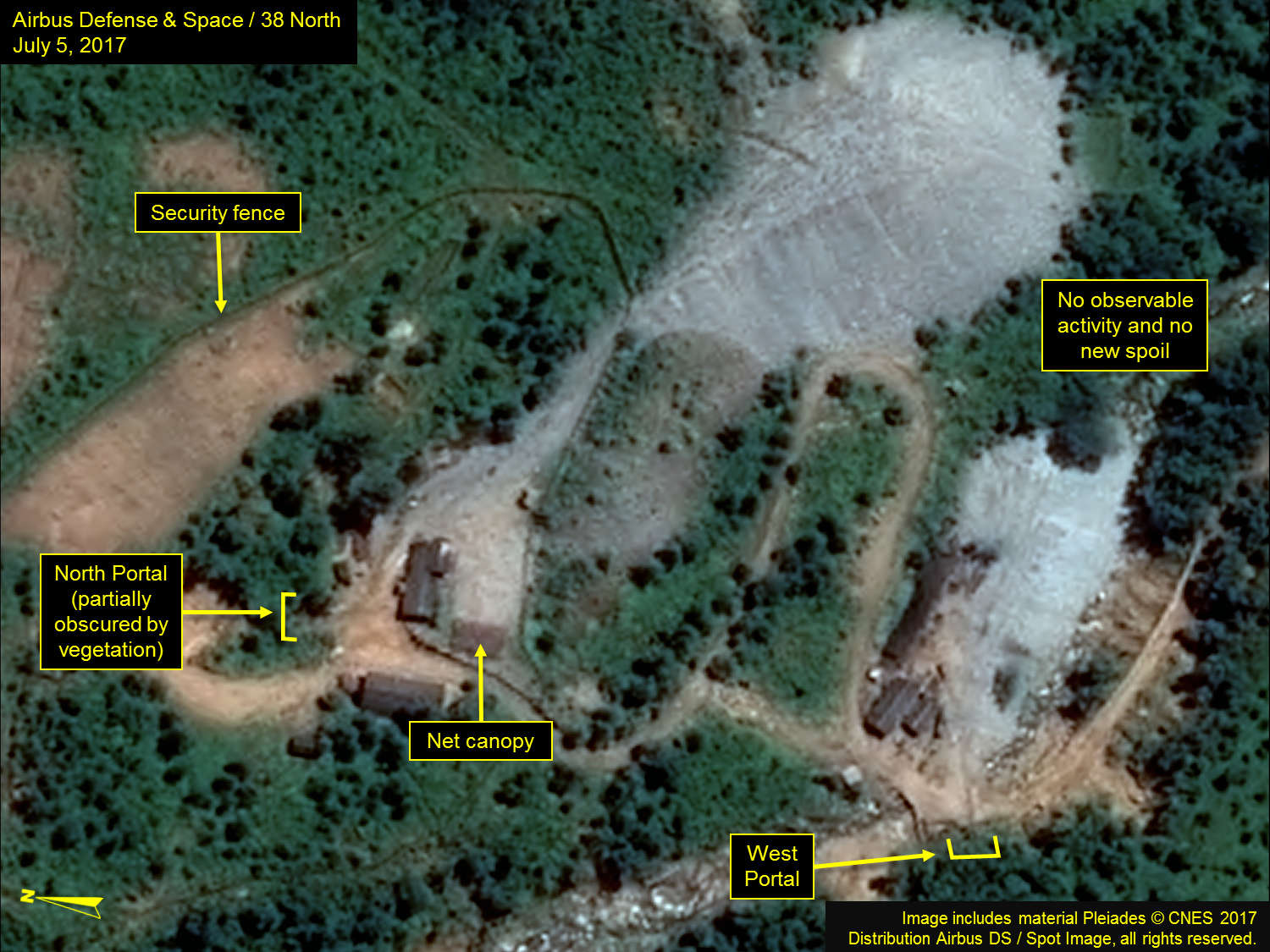 In the support area between the Main Administrative Area and the South Portal, construction on the new replacement support building, which had been proceeding at a rapid pace earlier this year, has significantly slowed down. The roof was nearly complete on June 10, but little further progress has been made on it. 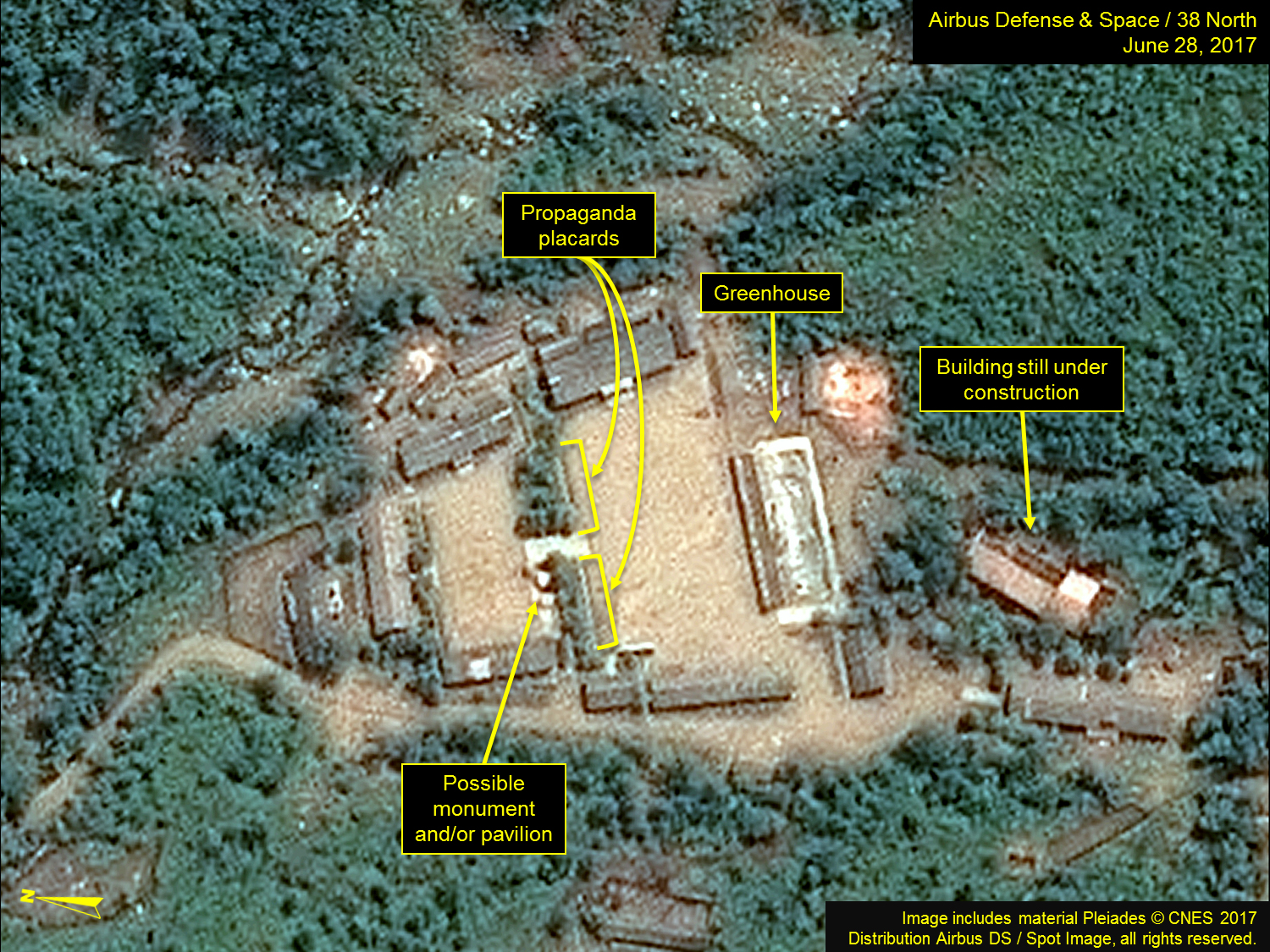 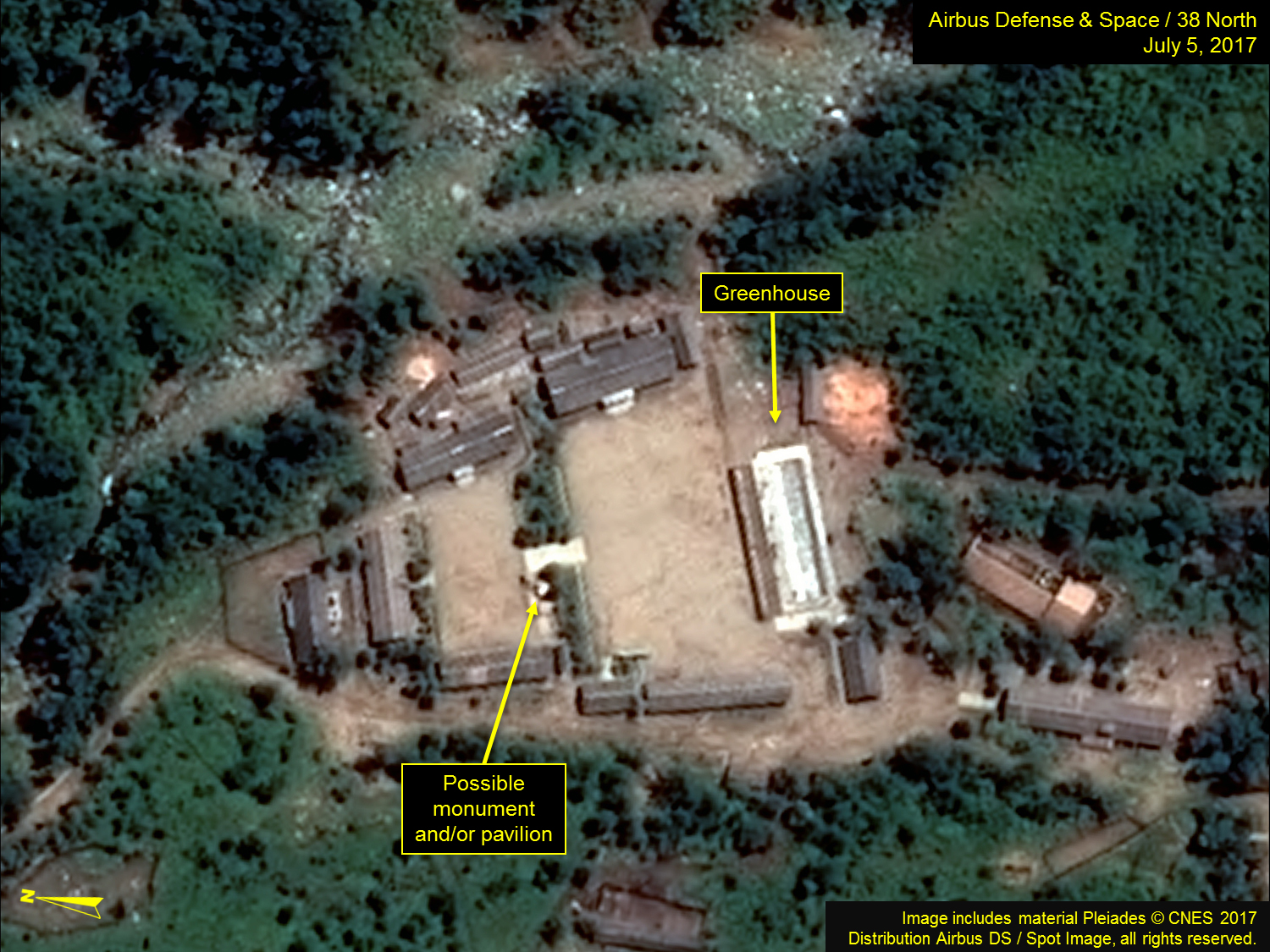 Nothing of significance was observed at either the West or South Portals.

In imagery from July 5, there was evidence of recent tracking/disturbed earth in the courtyard of the Command Center, the security forces support area (which appears to include a large guard dog kennel at the north end), and the barracks area. This activity was not present on imagery from June 28.

Figure 3. Some tracking noted between June 28 and July 5 at Command Center and its Support Area. 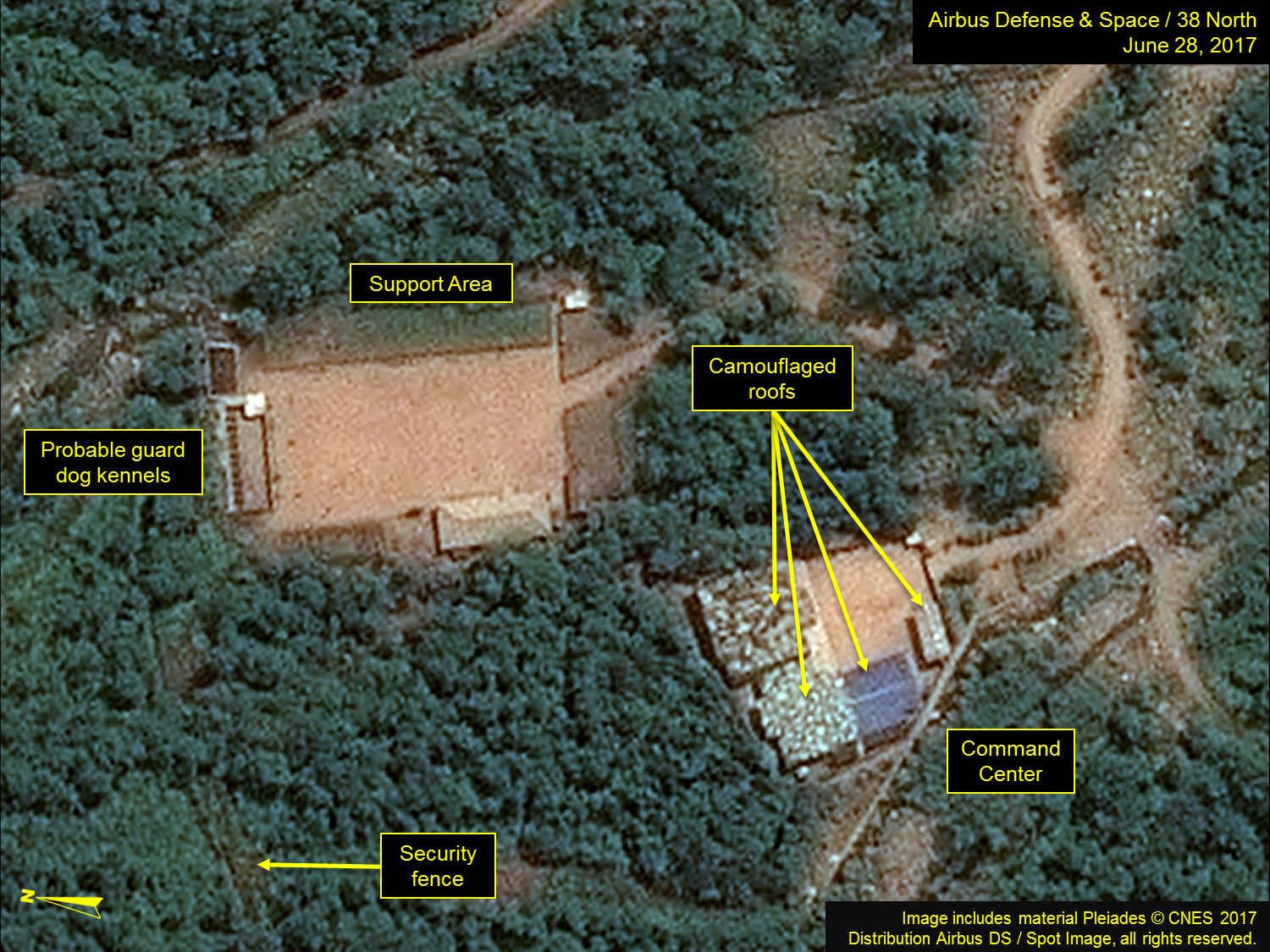 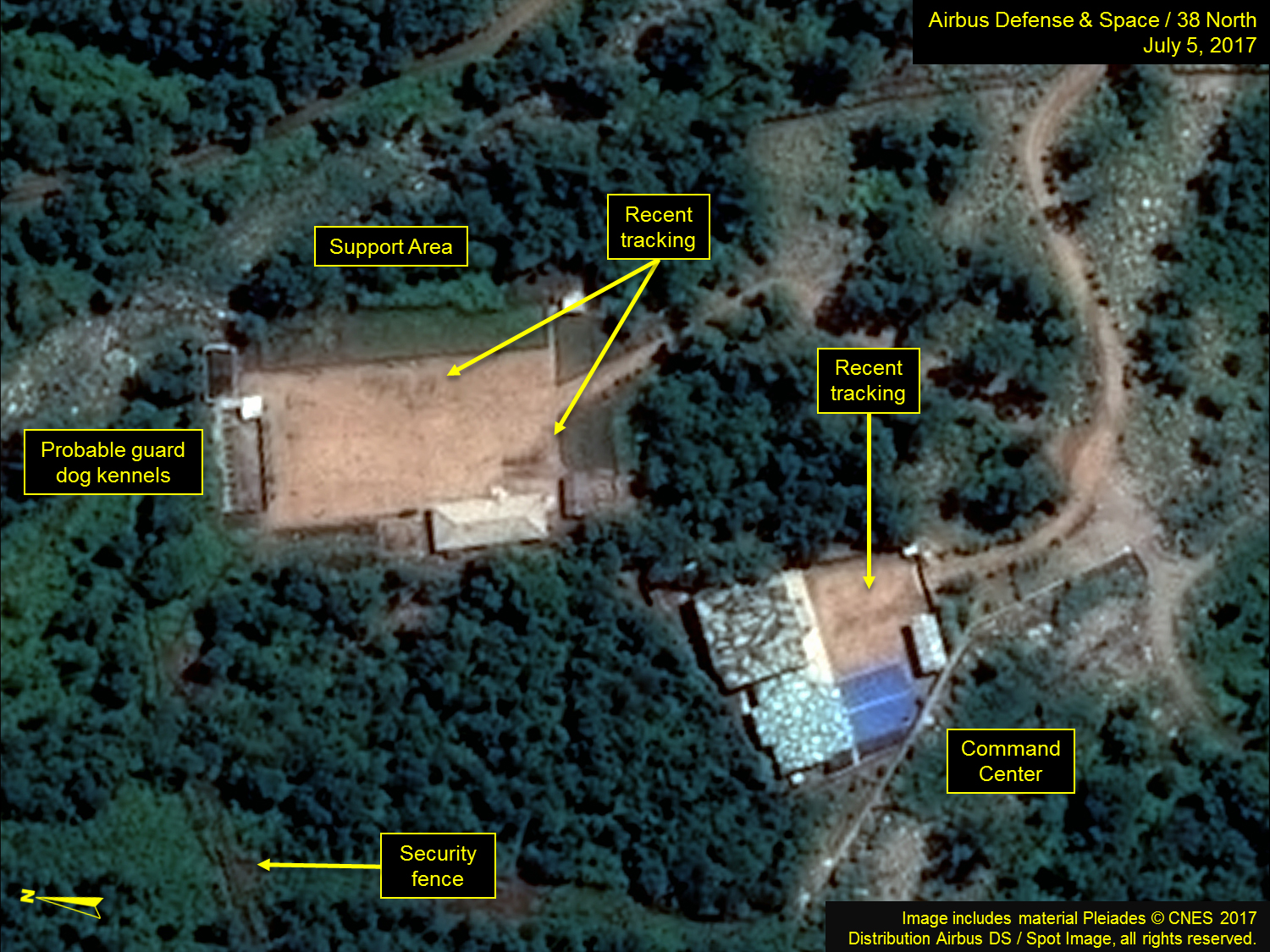 Figure 4. Some tracking noted between June 28 and July 5 at the guard barracks. 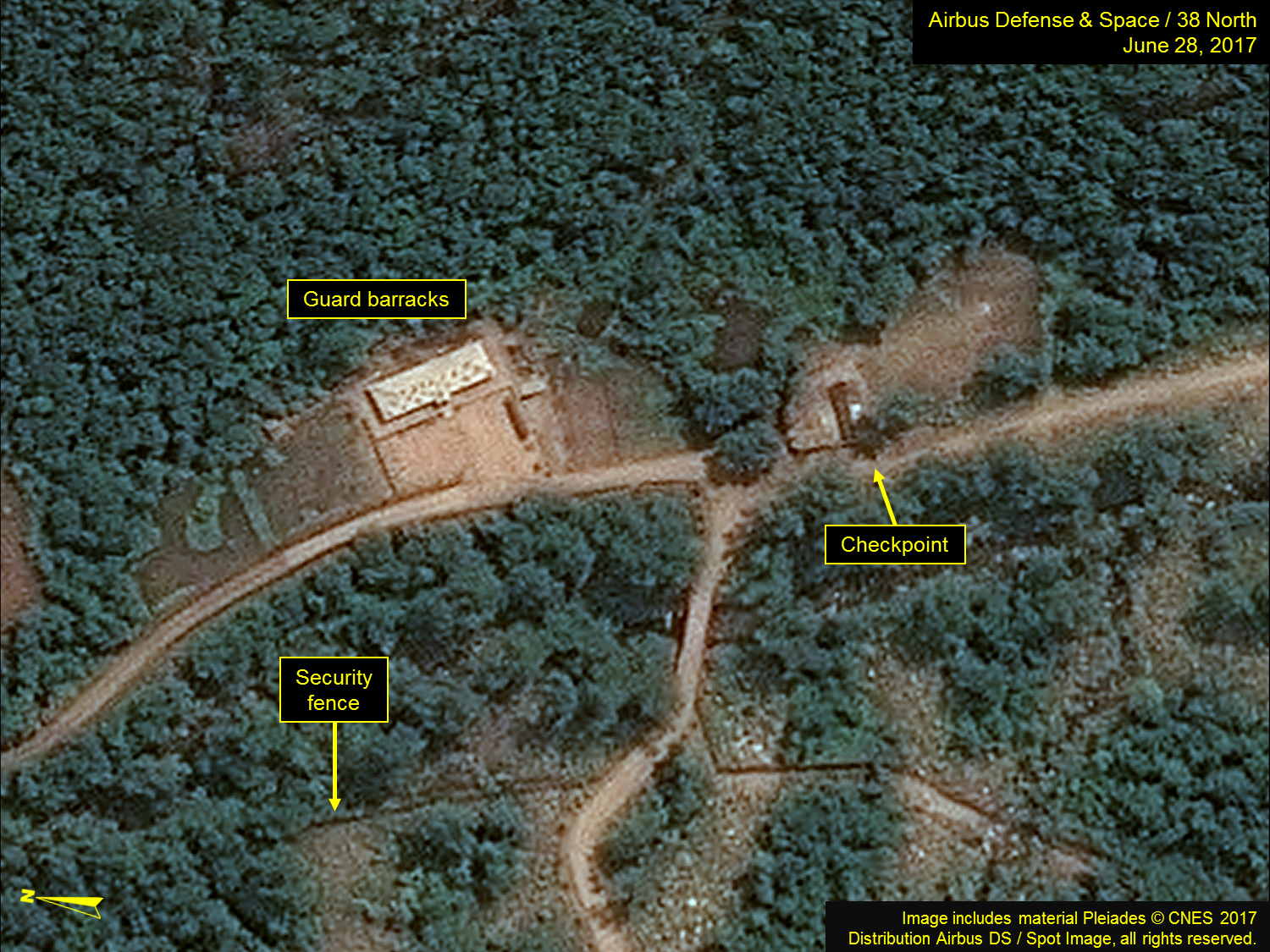 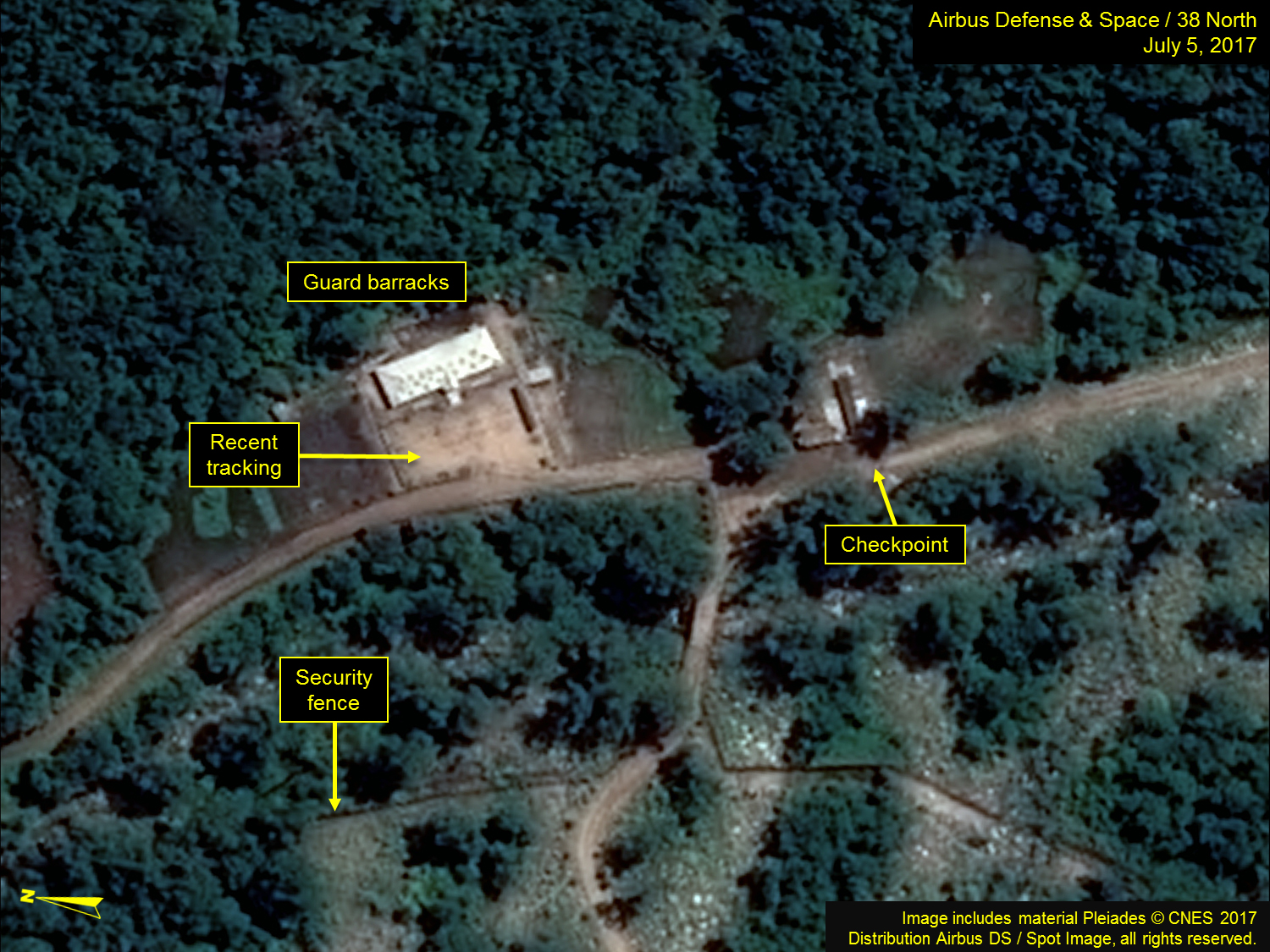 The Punggye-ri Nuclear Test Site is now extremely well-manicured, while exhibiting very little significant new observable activity. It is neither abandoned nor mothballed, but remains in a continuing state of nuclear test readiness. We believe that there has been a deliberate political decision not to test since the site first seemed ready in mid-April, though it is entirely unclear as to why, particularly given the unabated demonstrations of evolving ballistic missile capabilities.