Last month I was watching an old interview of my friend Ambassador Stephen Bosworth, one of America’s foremost diplomats, who passed away in 2016. Steve, nothing if not always tactful, had a very uncharacteristic moment in which he bluntly made the point that the United States likes to tell other countries what their national interests are and that, in his experience, it doesn’t work. He felt this was particularly true in the case of Washington’s fixation that China could solve for us the growing challenge posed by North Korea. 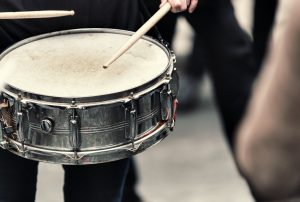 Steve’s admonition sticks in my head as I wade through the almost daily stream of punditry by instant experts and media commentators, who have been sucked into the policy vortex as North Korea’s WMD program has emerged as the single, most pressing national security challenge facing the Trump administration. As a result, the “China, China, China” drumbeat has been constant and growing, amplified by President Trump’s tweets reflecting his disillusionment with Beijing after his brief North Korea policy honeymoon with President Xi.

True, there are respected voices, such as Richard Hass, the President of the Council on Foreign Relations, who recognize the limits of what China will be willing to do. But it’s almost comical watching pundits twist themselves into pretzels to come up with new suggestions about how to get China to ditch its national interests and do what Washington wants it to do, namely put overwhelming pressure on Pyongyang to force the North to “cry uncle,” abandon its own interests and give up its nuclear weapons program. Never mind that would fly in the face of China’s national interest of maintaining stability on its borders and a buffer against America and its close allies, South Korea and Japan.

The suggestions range on a scale of one to ten, with ten qualifying as “magical thinking” down to one, “nice try, but impractical.” Top prizes in the “magical thinking” category go to the neocon duo, John Bolton and Jay Lefkowitz. Appearing on Fox News a few days ago and writing in the Wall Street Journal today, Bolton, who has a long history of magical thinking on a wide range of issues, argues that the only diplomatic solution left is “to convince China that it’s ultimately in their interest to reunite the two Koreas,” adding “the way you eliminate the North Korean nuclear program is to eliminate North Korea.” To be fair, Bolton admits “it’s a hard argument to make,” but then adds that “it’s doable.”

So let me get this straight. Secretary of State Rex Tillerson would fly to Beijing and convince Chinese leaders that the United States has their back when it comes to the Korean peninsula. Not only would Washington support an effort—peaceful or by force—to eliminate the North Korean regime, but would also allow China to determine the fate of the peninsula. Whether Tillerson would stop in Seoul and Tokyo before or afterwards to inform our allies that the US had decided to acquiesce to Chinese domination of Northeast Asia would be his call. Doable? Not in this lifetime.

Jay Lefkowitz, in an opinion piece in the New York Times, recommends that the United States abandon its decades-old support for reunification of the Korean peninsula. This would assuage Chinese fears that US influence would spread to its borders if North Korea collapsed because of overwhelming pressure from Beijing. Based on the US pledge, China would abandon its national interest and carry Washington’s water and somehow eliminate the North Korean threat. Furthermore, if the situation devolved into collapse and chaos, China would have a free hand to deal with the turmoil and establish a new client state in the North. I wonder if Lefkowitz could sell ice to Eskimos?

In the “nice try, but impractical” category, David Ignatius, almost always a voice of reason, writes in the Washington Post that the Trump administration should quietly make it clear to Beijing that its interests would be harmed if the United States had to use military force to resolve the North Korea problem. He recommends that “China should invite the other key players—the United States, Japan, South Korea, perhaps Russia—to gather in New York…for talks about how to handle the North Korea problem.” Ignatius cites the P5+1 group that sponsored the Iran nuclear talks as the model.

It’s a nice try because any solution to the North Korea problem will ultimately need the buy-in of all these players. But it is also impractical. His idea is not new—there have been calls for “five party” talks for years in lieu of a dialogue including North Korea. China has consistently opposed them because they have both the appearance and the reality of ganging up on North Korea. And the P5+1 analogy simply doesn’t apply. None of those countries had the same relationship or core interests in Iran that China has with North Korea.

Of course, the China, China, China drumbeat ignores how the North Koreans would respond. Bolton and Lefkowitz assume that when faced with a determined China, Pyongyang would just roll over and play dead. Like China, North Korea will sacrifice its national security interests when confronted with overwhelming pressure. Knowing the North Koreans (when was the last time Bolton or Lefkowitz talked to North Korean government officials?), that is very unlikely. So that’s another big reason why China will not do what we want.

If Steve Bosworth were here today, he would repeat his admonition about the folly of Washington telling other countries where their national interests lie. He would add that the only way to deal with the North Korean challenge is to recognize reality—that is, understanding what our interests are and what China, North Korea and others view as their own interests—and to try to take them all into account. Having spent 15 years working on the North Korean challenge, Steve would be the first to admit that crafting such a solution through diplomacy will be difficult and maybe impossible. But given the alternatives, it is worth a try.