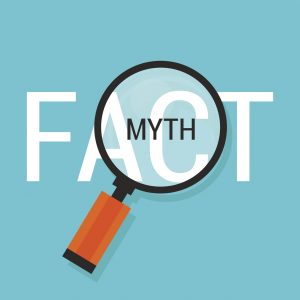 Perhaps no problem has been the victim of more egregious myths than North Korea. The constant stream of articles about the “hermit kingdom” when, in fact, North Korea isn’t an isolated outpost on Mars, the incessant narrative that Kim Jong Un is crazy (the same was said about his father) and recurring claims that Pyongyang is on the brink of collapse (since the early 1990s) have made it hard to have a reasoned policy debate. But perhaps the most insidious myths have to do with the history of US policy towards North Korea.

Many of us here at 38 North have spent our professional lives studying North Korea—some have spent decades in the US government trying to deal with the growing threat from Pyongyang. Since we have lived through that history, the constant misrepresentation of what happened in the past by government officials, experts, academics and the media is more than disappointing, particularly since there are shelves of books on that history that most people haven’t bothered to read. It is also dangerous. This failure (or refusal) to understand history has led the US down the wrong path more than once in trying to cope with the North and still could, in the future, with potentially disastrous consequences for the US as well as our close allies, South Korea and Japan.

Cases in point are two recent articles in the New York Times, which, on balance, has done great reporting on the unfolding crisis. The first, “How Trump’s Predecessors Dealt with the North Korean Threat” by Russell Goldman, has a clear theme that they have been snookering us all along. Well, that may have been true for part of the time, but it wasn’t true for all of the time. The article completely misrepresents what happened under the Clinton administration, asserting that North Korea accepted the carrots offered by the administration in the 1994 US-North Korea Agreed Framework—two multi-billion dollar reactors and heavy fuel oil shipments—then cheated when it was supposed to be denuclearizing and learned the lesson that it could profit by provoking the West.

Sounds pretty straightforward, but unfortunately, it is fake history. If the author had bothered to do more research, he would have learned that in 1993, US intelligence estimated that North Korea could have enough nuclear material to build about 75 bombs by the beginning of the next decade. The Agreed Framework ended that threat. In 2002 when the agreement collapsed, the North only had enough material to build less than 5 nuclear weapons. Moreover, Pyongyang had made the mistake of allowing key nuclear facilities to deteriorate into piles of junk. So it couldn’t restart them. In effect, a plutonium production program that had cost tens, maybe hundreds, of billions of dollars to build had been trashed because of the agreement. True, Pyongyang had started to cheat by exploring a uranium enrichment program that could also produce bomb-making material, but that program was nowhere near as advanced and wouldn’t reach fruition for years. Sounds like a good deal to us. But none of this is mentioned in the article.

A second example is an excellent article by Motoko Rich a few days ago on the upcoming US-South Korean joint exercises and whether they should be cancelled in return for North Korea halting its missile tests. Reporters often rely on pundits to provide information. But in this case, the pundit was completely wrong on a critical historical issue relevant to the current policy debate. He stated that when the United States and South Korea previously agreed to cancel military maneuvers, the Team Spirit exercise, in the early 1990s in exchange for the North allowing international inspections of its secret nuclear installations, “the North quickly reneged and continued to develop its nuclear program.”

Once again, fake history. In fact, the suspension of Team Spirit in 1992 led the North to sign an agreement with the International Atomic Energy Agency (IAEA) allowing inspections of its main nuclear facility. That in turn, led to the discovery by international inspectors that the North may have been secretly producing a small amount of nuclear material that could be used to build the bomb. That never would have happened without the temporary suspension of the exercise. Moreover, as the North started to dig in its heels and resist moving forward with more inspections, the US and South Korea simply restarted Team Spirit. And finally, even before the suspension, senior US military officers had questioned the exercise’s value, arguing that they could accomplish the same military objectives at far lower cost and less political clamor from the North. Sound familiar? Today, many experts are arguing the same thing about the current large US-South Korean joint exercises.

Reasonable people can disagree about how to deal with the North Korean nuclear threat. But history matters, so let’s get our facts straight. That’s the only way to have an informed policy debate.