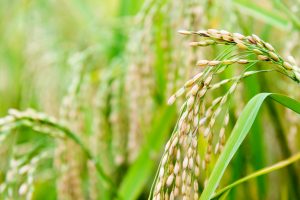 International sanctions on North Korea appear to be biting North Korea’s civilian economy more than in the past, arousing concerns that the country’s historically precarious food supply, which has also been adversely affected by dry weather this spring, is in jeopardy. However, the context matters. Food production in North Korea has grown remarkably over the past few years, so even if food production declines a bit, it may not be disastrous. Moreover, estimates by UN agencies, which are generally regarded as authoritative, tend to overstate how much food distribution by the state really matters. Although the evidence is far from conclusive, current market prices do not suggest that a food crisis or emergency is at hand at the present time.

Current Market Prices: Not Out of the Ordinary

Market prices are a reasonable measure for food security in North Korea because of the growing role of markets in the economic system. Since the breakdown of the North Korean economy in the 1990s following the dissolution of the Soviet Union, markets and other private means have increasingly taken the government’s place as the main mechanisms through which the average North Korean gets their food.

According to data from one 2017 book, based on survey studies on North Korean refugees in South Korea from several different years, about 60 percent of the North Korean public relies on private markets for purchasing food, while over 14 percent grow most of their food themselves; only 22.6 percent cite the public distribution system and other official channels as their primary sources of food.[1] Market spaces have grown consistently in the 2000s, as satellite imagery has shown.[2]

Daily NK, a South Korea-based, defector-run newspaper with sources inside North Korea, gathers the most substantive and publicly available data on food prices. Though the data certainly has its limitations—we do not know, for example, how many observations underlie each data point—it is in many ways more informative than calculations of North Korea’s food production. Prices capture a wider range of information on food supply conditions, such as imports, and expectations of how much food will be available (and at what price) in the future. Because it is the most central staple good in North Korea, the price for rice is often used to track overall market prices instead of the “goods basket” that would normally be used to study price changes and market shocks; in other words, rice is used as a proxy for overall food prices.

So how do current market prices look? Overall, things do not seem to be out of the ordinary, at least not yet. The last observation by Daily NK, on October 24, shows the rice price continued to decline, as has been the case since earlier in October. Current market prices fall well within the range of what has been normal over the past few years. Since 2014, market prices for rice have tended to fluctuate between 4,000 and 6,000 won per kg. From the second half of 2015, prices stabilized further, ranging between 5,000 and 6,000 per kg, with only a few exceptions. The past few years are historically remarkable for their relative price stability. The following graph shows the average rice prices for three North Korean cities from late December 2012, when prices stabilized at their current levels, until late October 2017.

Thus far, in the longer-run perspective, rice prices do not suggest particularly distressed conditions in North Korea. As recently as the early spring of 2013, they climbed close to the 7,000 won-mark. Yet no major food crisis erupted, and prices soon went back to their more normal levels again. This does not mean that markets have been unaffected by international tensions. We just do not know for sure to what extent. In fact, for much of this year prices have been behaving in certain irregular ways, suggesting that markets for food may indeed be impacted by the sanctions. Scattered evidence from the northeastern provinces of North Korea suggest stress among the public with regards to the food situation, and not least, worries that things will get worse next year if tensions continue. But thus far, market prices do not seem to reflect this by much. On the contrary, by the end of October, prices were declining rather than increasing.

To break down the overall picture and analyze the smaller pieces, let’s start with the price trends of the past few months of high tensions between North Korea and the United States. The graph below shows price data for rice, as reported by Daily NK since early March 2017.

As figure 2 shows, prices have climbed throughout the spring and summer of this year. It is difficult to draw firm conclusions about causality from this limited data. It does not tell us precisely when a specific price change occurs, since this set of data from Daily NK is usually given in weekly intervals and often with even longer breaks in between observations.

It is worth noting, however, that one of the largest jumps happened between June 21 and July 5, when the price increased by around 8.5 percent. On July 3, North Korea tested its first intercontinental ballistic missile, the Hwasong-14, significantly heightening international tensions with the United States and China, an event which is perhaps most relevant for market prices.

Prices continued to climb in August and September. One notable jump occurred between late August and early-to-mid-September, when prices increased by around 7 percent. During this period, North Korea conducted a sixth nuclear test, followed by sanctions imposed on the country by the UN Security Council. These sanctions also imposed a ban on textile exports and a cap on petroleum product imports, adding to sanctions slapped on its exports of minerals and seafood earlier in the summer. One can’t draw any clear conclusions from this data, but rumors, expectations, and other forms of calculations based on limited information about the actions of the international community and China could have played a role in determining the market price.

Perhaps most important to watch, however, is how market prices develop in the coming weeks and months. Price increases do not per se mean that something is out of the ordinary. Market prices follow a regular cycle, increasing between the summer and fall months when food is particularly scarce prior to the harvest season, and usually dropping again from mid to late October when food is more plentiful. The graph below shows price trends between March and early November 2016, a more normal year when North Korea’s external economic pressure was lower. Then, too, prices rose through the summer. But as could have been expected due to the seasonal variation, they began to decline sharply in late October and early November.

In comparison with last year (2016), prices this year (2017) are marginally higher. As per the last available observation, from October 24, prices were indeed following the seasonal pattern of decline. They also appear to be more volatile, though they might also simply look more volatile because the frequency of observations is much higher in the Daily NK data for this year.[3] But prices are not yet so high as to be evidence of a looming crisis, and it remains to be seen whether they keep decreasing.

Growing Harvests, But Decreasing Reliance on the Government

Increased sanctions implementation by China is not the only reason that some worry about worsening food security. Unusually dry weather conditions during the 2017 crop planting period between April and June, with rainfalls smaller than in 2001 when food production was lower than half of estimates for the past few years, has raised fears that North Korea’s food production may drop drastically during the current season. Following this prediction, the UN’s Food and Agriculture Organization (FAO) stated in July of 2017 that “[i]mmediate interventions are needed to support the affected farmers and prevent negative coping strategies for the most vulnerable households.” The context, however, is important. Food production in North Korea has grown remarkably over the past few years. Lower production numbers would, in a way, be a return toward the norm by North Korean standards.

According to figures from the World Food Program (WFP) and the FAO, North Korean food production grew from 3.3 million tons in the 2008/2009 marketing year,[4] to 5.4 tons in 2015.[5] The period between 2010 and 2015 saw a growth in food production far beyond what North Korea had experienced since before the famine of the 1990s. In other words, in the context of the past two and a half decades, the harvests over the past few years have been abnormally good in North Korea. A decrease from previous years’ harvests, then, can certainly decrease North Korean food security in relative terms, but may not be a disaster. Moreover, estimates of food production in North Korea by FAO and WFP are often at odds with indications by North Korean market prices. For the past few years, market prices for food have remained generally stable and have corresponded little with the dynamics of FAO/WFP food production estimates.

Most likely, the reason for this disparity is that FAO primarily monitors only formal food production, and focuses on food distributed through the public distribution system (PDS). Their assessments are highly valuable and informative, and certainly hold a high standard given the strong constraints on working in North Korea. But using their assessments to analyze food security in North Korea is problematic, since they do not account for informal production on hillsides and in private kitchen gardens, or other sources.

In theory, all staple foods such as grains are to be distributed to all urban residents (70 percent of the population) through this system. Indeed, FAO claimed as recently as July 2017 that “[t]he Public Distribution System (PDS) remains the main source of food for around 18 million people, 70 percent of the total population.[6] This claim, however, is highly questionable at best, given the centrality of markets in supplying food. The FAO conducts their food needs assessments in cooperation with the North Korean authorities. For any organization that wants to monitor food security, there is no other choice, and FAO does a remarkable job given the constraints they face. Since the markets are still politically sensitive to the North Korean regime, the fact that FAO cannot freely monitor private market activities likely causes them to overestimate the public’s reliance on official channels such as the PDS. Supply of food is not determined solely by official production, but by a whole host of other factors as well, including what producers sell on private markets, imports, and what people grow in their own private kitchen gardens, to name only a few.

As of yet, there is no conclusive evidence that North Korea’s food situation is out of the ordinary. Though anecdotal information suggests food insecurity is increasing, it is too early to conclude that sanctions are significantly hurting North Korea’s access to food. It will be crucial to monitor prices in the coming months, as they typically decline during the late fall and winter.