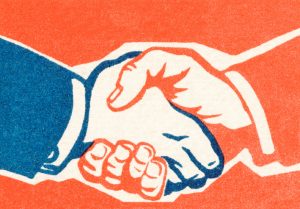 As a former US official who followed North Korea for almost four decades and participated in negotiations between senior officials and important government representatives as well as leading talks between the Korean Peninsula Energy Development Organization and North Koreans, I would like to offer my advice on what its like to negotiate with them. And in particular, I wanted to react to Nicholas Eberstadt’s Washington Post op-ed on negotiating with North Korea, entitled “Talks with North Korea are a zero-sum game. Here’s how to play it.” He is a good scholar and a smart man, but his observations are as from a planet far away, perhaps because he has never had first-hand face-to-face experience negotiating with North Koreans.

The fact is that when they are serious, the North Koreans are good negotiators, but no better than our own. They practice Diplomacy 101. A productive set of negotiations with them follows a pattern found anywhere in the world: Define the problem in terms that both sides can claim benefit from a solution; divide the problem into parts; move from easiest to hardest to solve; fix details and define terms; review again so that both sides understand what is and what isn’t in the agreement; agree on implementation details and timetable.

No agreement is an agreement unless both sides say it is. That’s tautological. “Seizing control” of the agenda is a bad idea. The North Koreans know we won’t negotiate simply on the basis of “their” agenda, and we should know the same about them. It never hurts to be the first one to put a piece of paper on the table, and since the North Koreans are frequently in reaction mode, that’s often what the US is able to do.

I’ve never seen an instance where the North redefined “key terms” after the fact. Much more often, both sides assumed common definition of lesser terms, and found out later (luckily usually before ending the negotiations) that there were important differences. Going through interpreters adds another layer of difficulty in this regard. That sometimes means moving slowly, which pulls against the inclination of American delegations to be in the hurry to get home.

Win-win is a loathsome term as far as I am concerned, because it has become a hollow slogan. Nevertheless, the essence of the term is critical and is something the North Koreans understand very well. They can’t get everything they want, we can’t get everything we want, but we can both get something we each consider important. Otherwise, there is no agreement. In every negotiation I was at with the North Koreans over twelve years, they bargained hard—as did we—but they never tried to humiliate or disgrace us. When they went home they claimed victory. So did we.

There’s nothing wrong with meeting in Pyongyang, other than the fact our side lacks secure communications there. We can bring workarounds and find ways to communicate. Pyongyang has an advantage in that the North Korean delegation has instant access to higher-level decision makers.

We never failed to complain to the North if they did something at the negotiations that was objectionable. I can remember sitting for a long time in a hot, sweaty, airless room more than once as our negotiator lectured the North Korean side for some transgression. At the same time, we have to be prepared to sit and take it when we go over the line with them. Fortunately, these episodes become few and far between as the two sides smooth off the rough edges in face-to-face encounters. Rarely do the North Koreans pound the table. More often, when we raise a point they find objectionable, they may quietly take off their glasses, close their notebooks gently, and lay their pens to the side.

I never saw a “good faith” concession by the US. I did see the North Koreans moving from firm insistence on a particular US action to a position of accepting “on the basis of US assurances that such and such would happen” as sufficient for them to take a particular step that we demanded. The principles the two sides worked out were “action for action” and “simultaneous action,” but there are times when the latter is not practical in order to adhere to the former.

High-level meetings with the North, in my experience, have not been a zero-sum game. The last thing we should want is to force them into that mold.