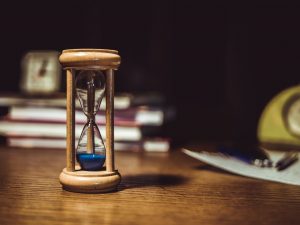 Talk about getting a story half-right. The Washington Post right-hand lead story on Sunday, July 22, reports that the lack of immediate progress from Secretary of State Mike Pompeo’s talks in Pyongyang last week “has frustrated the president, who has fumed at his aides in private even as he publicly hails the success of the negotiations.”

What the story got right was that negotiating denuclearization will take patience.

Pompeo, with the support of President Trump, has been trying to get that message across ever since July 1, when National Security Adviser John Bolton told “Face the Nation” that Pompeo will be discussing a “plan” with the North Koreans on “how to dismantle all of their WMD and ballistic missile programs in a year.” Bolton’s timeline turned denuclearization into “mission impossible.”

What the Post story got wrong was not bothering to report whether Pompeo was authorized to put any offers as well as demands on the negotiating table and, if not, whether the failure to do so caused the North to respond the way it did.

The Post quoted liberally from skeptics and opponents of negotiations in and out of the Trump administration. It cites a “half-dozen White House aides, State Department officials and diplomats” as sources. How many of the unnamed “White House aides” are close to Bolton? How many of the other insiders have had any experience negotiating with North Korea?

The story said, “U.S. negotiators have faced stiff resistance from a North Korean team practiced in the art of delay and obfuscation.” When officials met in early June with Pompeo’s interlocutor, Kim Yong Chol, to arrange his visit, Kim “said he was authorized only to receive a letter Trump had written to Kim Jong Un. When US officials tried to raise substantive issues, Kim Yong Chol resisted and kept asking for the letter. Unable to make headway, the Americans eventually handed over the letter and ended the meeting after only an hour.” During Pompeo’s July 6-7 visit to Pyongyang, when he raised the repatriation of US Korean war remains, “the North Koreans insisted they were still not ready to commit to specific plans, according to diplomats familiar with the discussions.” When a working-level meeting was arranged to discuss the issue at the demilitarized zone on July 12, “the North [Koreans], however, kept U.S. defense officials waiting for three hours before calling to cancel, the diplomats said.” They instead asked for a meeting at the general-officers level.

The story quotes North Korea’s over-the-top reaction to the Pompeo meeting,[1] denouncing the “unilateral and gangster-like demand for denuclearization” but ignored the substance of its objections:

The U.S. side never mentioned the issue of establishing a peace regime on the Korean peninsula which is essential for defusing tension and preventing a war. It took the position that it would even backtrack on the issue it had agreed on to end the status of war under certain conditions and excuses. As for the issue of announcing the declaration of the end of war at an early date, it is the first process of defusing tension and establishing a lasting peace regime on the Korean peninsula, and at the same time, it constitutes a first factor in creating trust between the DPRK and the U.S.

Reporters failed to ask: Did Pompeo neglect to address the key US commitment at the Singapore Summit “to build a lasting and stable peace regime” in Korea? Did that lead to the North’s delayed response on the US remains? Did the North Koreans raise the peace process during the June 15 general-officers’ meeting?

Contrast the Washington Post account with CNN’s report of a teleconference by the US commander in Korea, General Vincent Brooks, with the Aspen Strategy Forum on Friday, July 20. Despite all the talk about lack of progress, he noted that the peninsula had “gone now 235 days without a provocation,” and that he had seen a slowdown in the operating tempo of North Korean armed forces. “We’ve seen some changes in terms of how much time they’re spending in the field. Some of that might be attributed to fuel shortages; some of that might be because of the renewed engagement,” he said. He added, “We are confident we’ll succeed in transferring some of the remains. Not all of them, but some of them.”

Nor did Brooks hyperventilate about intelligence reports of continuing North Korean nuclear and missile production in advance of any detailed agreement: “We don’t overreact to things like that,” he said. “If those things are true, what does it mean to us as we go forward?… It could mean several things…We know what our end point is and we know what [they’ve] agreed to, so let’s keep our eye on that and not get distracted.”

Then Brooks delivered his main message:

Our challenge now, candidly, is to continue to make progress but to make that progress in an environment that is essentially void of trust, and without trust, we’ll find it difficult to move forward. So, building that trust while that pressure continues and while the efforts for diplomacy continue is the order of the day. In many ways, the lack of trust is the enemy we now have to defeat.

The North needs to take viable action to back up Kim Jong Un’s summit commitment to denuclearize, Brooks said, but he emphasized that building trust was not a job for the North Koreans alone. “There has to be demonstrable action in that direction, or we cannot be satisfied and we probably can’t be friends, and we probably won’t be at peace,” Brooks told the audience. “So, we have to see something moving in both directions simultaneously in order to get us there.”

That’s called diplomatic give-and-take, and whatever the impatience in some parts of Washington, it will take time.