Recent commercial satellite imagery of the Mirim Parade Training Ground indicates that, given the pace of the build-up and training, North Korea’s upcoming Foundation Day Parade (reportedly to be held on September 9) will probably, at least match but likely surpass the size of the parade held this past February to mark the 70th anniversary of the founding of Korean People’s Army.

Parade preparations were first observed in July and appear to be following the pattern noted during recent parades. Imagery from August 12 shows a high level of activity throughout the Mirim facility including the presence of approximately 500 trucks (used to transport troops to the training facility), the erection of a small tent city to house and feed those troops in the area of the Mirim Heliport, six groupings of troops in parade formation moving along the facility’s roads, a small number of troops and vehicles elsewhere around the facility and the preparation and expansion of the storage shelters.

Figure 2. Large numbers of vehicles and troops practicing at the Mirim facility.

Figure 3. Temporary “tent city” has been erected at the Mirim Heliport.

At the heavy equipment storage area, shelters in the past have been used to house and prepare ballistic missile and unmanned aerial vehicle (UAV) launchers, tanks, large artillery pieces and other heavy equipment while keeping them hidden from observation. The number of shelters appears slightly larger than what was used in the February parade, and there are at least 10 pieces of equipment (including several tanks or artillery pieces) in front of their respective shelters. There are no ballistic missile or UAV launchers as of the date of this image.

Figure 4. More equipment shelters present in August than what was seen leading up to the February Parade. 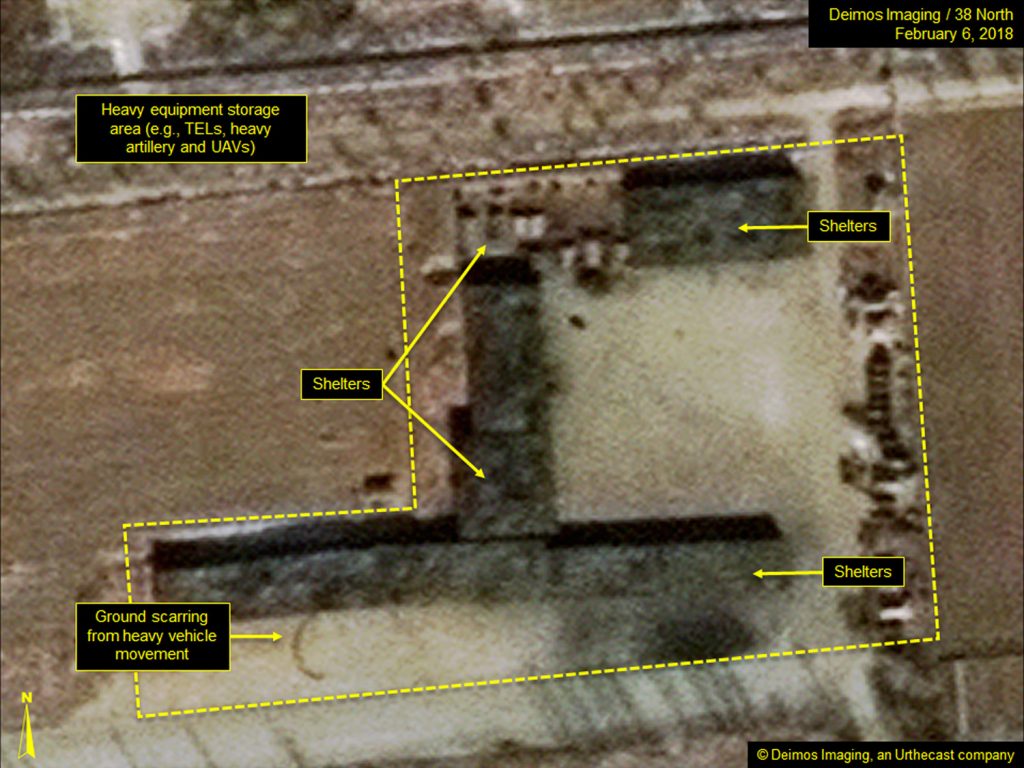 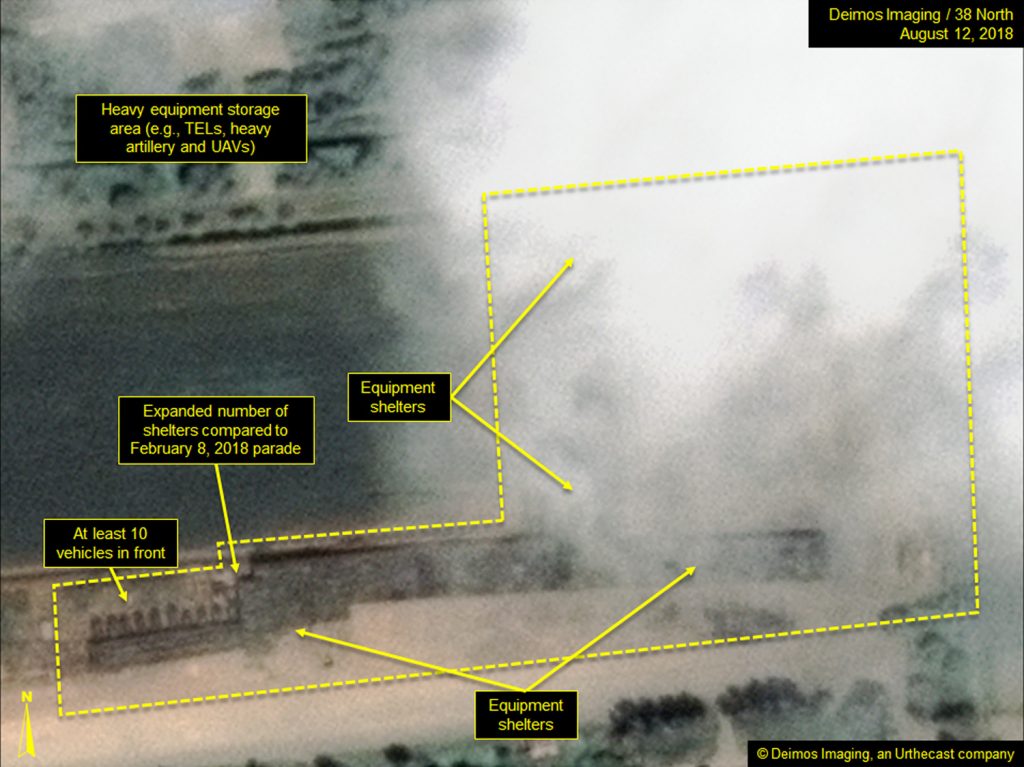 There is no significant activity yet at the adjacent Mirim Riding Academy, which provided a cavalry honor guard for past processions, or at the Mirim Flying Club’s nearby airfield, which supplied ultra-lights for a flyover during last February’s parade. Should these components appear in the forthcoming parade, we would expect to see training begin sometime over the next two weeks.