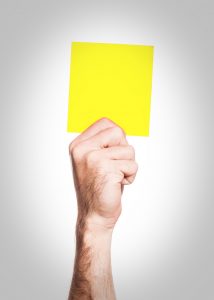 Pyongyang appears to have made a potentially far-reaching, and possibly internally contentious, decision to put the question of sanctions squarely on the table at exactly the point US-DPRK negotiations are rapidly losing momentum. At first glance, this seems an effort to force Washington to realize that its current approach of what the North considers the US “all-take-but-no-give” attitude is driving the situation into a dangerous tailspin.

On October 16, North Korea publicly heralded its decision when KCNA carried the “full text of an article made public by Kim Chol Myong” focusing on sanctions as the major obstacle to progress in US-DPRK negotiations. KCNA rarely carries the full text of articles or official statements, and when it does, this signifies they are to be read with special care.[1] The article came the closest any DPRK commentary has since early this year to criticizing President Trump directly. The norm for the past many months had been to lay the blame for problems on “conservative” forces or “those who are called experts” in the US. Though stopping short of criticizing the president by name, the Kim Chol Myong article went right up to that line and leaned across it, complaining:

If the U.S. intends to be stubborn in its sanctions, which means to continue to pursue hostile policy, is the Singapore Joint Statement which promised to end the extreme hostile relations between the DPRK and the U.S. and to open up new future of any worth, and what did the U.S. president mean by “big progress” which he bragged.

Playing on that same theme, the article continued:

What matters is that the U.S. president himself, whenever opportunities presented themselves, bragged that the DPRK does not conduct nuclear tests and ballistic missile launch tests and that he saved millions of lives but it is just all of the reactions to the measures taken by the DPRK in good faith.

Making sure the main point was clear, the article ended by putting sanctions front and center:

If the U.S. does not take any trustful measures for clearing up the concerns of the DPRK which it is quite well aware of, it is clear that the DPRK-U.S. relations would become such far apart and the settlement of the nuclear issue of the Korean peninsula would be such distant.

Such U.S. acts of playing a double game and only forcing the unilateral demand on the DPRK as now would be little short of destroying the tower which the top leaders of the two countries built by taking the advantage of the miraculous opportunity and with painstaking efforts.

It is difficult to advance the DPRK-U.S. negotiations even an inch with an obstacle called sanctions kept on the rail, however loudly the whistle is blown.

Use of the word “difficult” appears intended to hold the door open, if only a crack, to the possibility of a diplomatic path through the sanctions thicket. A tougher bottom line would have been to declare that it was “impossible” to move ahead while sanctions remained in place.

Only four days after the Kim Chol Myong warning, KCNA ran the text of a different article, this one under the name of yet another rarely seen commentator—Jong Hyon.[2] Like Kim Chol Myong, Jong Hyon was critical of the US, but used noticeably less pointed language, avoiding any criticism of “the President,” and casting the problem almost entirely in terms of “confusing” signals from “the administration.” The article implied the root of the problem was not sanctions so much as “double dealing tactics” brought on by election pressures, and this could conceivably resolve itself after the mid-term US elections. Adopting an approach typically meant to soften the tone, rather than issue blunt assessments, Jong Hyon diluted judgments by attributing critical positions to “international opinion” or casting criticisms as questions. For example, it said, “We wonder whether the US administration suffers from psychological confusion under the weight of some political pressure and irritation at home.”

While noting the “awkward position” of the White House facing the November mid-terms—a stance several Rodong Sinmun articles had adopted over the past couple of months—nevertheless, Jong Hyon warned the administration that it should understand that positions adopted for US domestic political purposes have an effect elsewhere, and that Washington seems “insensitive to the fact that its dialogue partner feels nervous about its unfaithful deed and double-faced attitude.” The use of the term “nervous” rather than something tougher or more definitive appears calculated to signal that although the situation is not good, it has not yet entered a truly dangerous moment. Indeed, Jong Hyon bent over backwards to give the administration the benefit of the doubt, noting, “We are well aware that the political situation of the U.S. is very complicated and this makes it difficult for the administration to make a decision and push ahead with it.”

While the earlier Kim Chol Myong article had similarly noted that the White House could “have been made to flatter the hard-liners in their policy toward the DPRK in order to create a favorable political environment” before the November elections, and had issued a similar warning that “one should be able to think that what they say are heard by those in the DPRK even though they are said in the U.S. and be able to think and speak from the position of the dialogue partner,” it had not softened the criticism but bluntly asserted that the “coarse words” were “offending” the North.

It was inevitable that the North would begin to sharpen the focus on sanctions relief as a critical element of its negotiating position. Recent US blandishments to the ROK against easing sanctions, numerous reports that the US was seeking to constrain the South from moving ahead with its commitments under recent inter-Korean agreements, and finally reports that Washington has stopped US NGOs from proceeding with humanitarian work in the North may have helped Pyongyang decide that it was time to lay down a marker. In contrast to the Kim Chol Myong piece, the language in the Jong Hyon article suggests an effort to register concern but to soften the criticism in a manner that leaves the way open to picking up progress later this year. Whether this reflects a difference of opinion in the leadership, or simply a quick recalculation that the first piece was too harsh awaits further evidence.

The first public signal that the North might be changing its position and moving toward playing the sanctions card was a KCNA commentary on October 2 declaring that Pyongyang had dropped its call for an end-of-war declaration. The commentary declared that “if the United States does not want the end of war, we also would not bother to cling to it.” At the same time, it pointedly reiterated the offer, advanced in the September 18 North-South summit in Pyongyang, that the North would “dismantle” Yongbyon in return for “corresponding measures” by the US. Coming less than a week before Secretary of State Pompeo’s visit to Pyongyang, the KCNA commentary essentially told Washington that there were now bigger fish to fry, and that the “corresponding measures” would not include the end-of-war declaration, if that is what the Americans had in mind.

Then, two days before the US Secretary of State was to arrive, the North reported that Vice Foreign Minister Choe Son Hui had left for Beijing and Moscow, meaning she would be away from Pyongyang when Pompeo was there on October 8. The day after Pompeo’s visit, a highly unusual trilateral DPRK-PRC-Russian meeting of vice foreign ministers issued a joint press release which stated:

The three parties had a common understanding that [denuclearization and establishing a peace regime] must proceed in a step-by-step and simultaneous way while putting priority on building trust, and that they must be accompanied by corresponding measures by the countries involved.

While noting the fact that the DPRK has taken significant, practical denuclearization measures, the three parties had consensus of opinion on the need for the UN Security Council to activate a process for adjustment of sanctions against the DPRK in good time.

The formulation—“adjustment of sanctions against the DPRK in good time”—may have fallen short of what the North was looking for, but it still made clear that sanctions were now a major factor in the DPRK negotiating position and would be backed by two of P-5 countries. It could be that Kim Jong Un also raised sanctions with Secretary Pompeo in their meeting on the 8th. Although the DPRK report on Pompeo’s visit with Kim portrayed the atmosphere in relatively positive terms, it nevertheless stopped short of the most fulsome characterization. Kim was cited as saying that “progress” was being made in implementing the June 12 Singapore Joint Statement, a positive but still slightly diluted description, especially when placed against his conviction later in the same report that “great progress” would be made in a projected second US-DPRK summit. According to the report, Kim expressed “satisfaction” over the “productive and wonderful” talks with Pompeo at which “mutual stands were fully understood and opinions exchanged.” The latter formulation has a whiff of disagreement to it, without tipping the assessment into negative territory. Signaling that he did not see quick progress in store, Kim is quoted as saying that he thought a “good program” for the second summit would be provided “sooner or later.”

Both the Kim Chol Myong and the Jong Hyon articles seemed to take particular umbrage with what each portrayed as an about-face in US characterizations of the Kim-Pompeo meeting, and even a US retreat from whatever “mutual understanding” was achieved, at least in North Korean eyes, in those discussions. The earlier, tougher article complained that “The U.S., which is quite well aware that there was very excellent conversation in which mutual stands were fully understood and views were exchanged during Pompeo’s visit to Pyongyang, is responding to good faith with evil.”