An examination of commercial satellite imagery beginning in 2016 of the Pyongsan Uranium Concentrate Pilot Plant, one of North Korea’s two largest declared uranium ore concentrate facilities, suggests that the plant has continued to operate up through the present. Whether the ore is coming from a collocated mine, existing stocks or raw material brought from another facility remains unclear. A future denuclearization agreement will require North Korea not to acquire natural uranium, a key material in the process to produce highly enriched uranium for North Korea’s nuclear weapons program.

Pyongsan is believed to be where North Korea turns ore into yellowcake, an intermediate step in the processing of uranium after it has been mined but before fuel fabrication or enrichment. Commercial satellite imagery shows that there has been significant growth in the volume of the mining spoil piles and the accumulating waste in the waste tailings pond since 2016, indicating ongoing mining, milling and concentration activities.[1]

Figure 3. Small changes noted from May 2017 to May 2018 outside of the Main Processing Area. 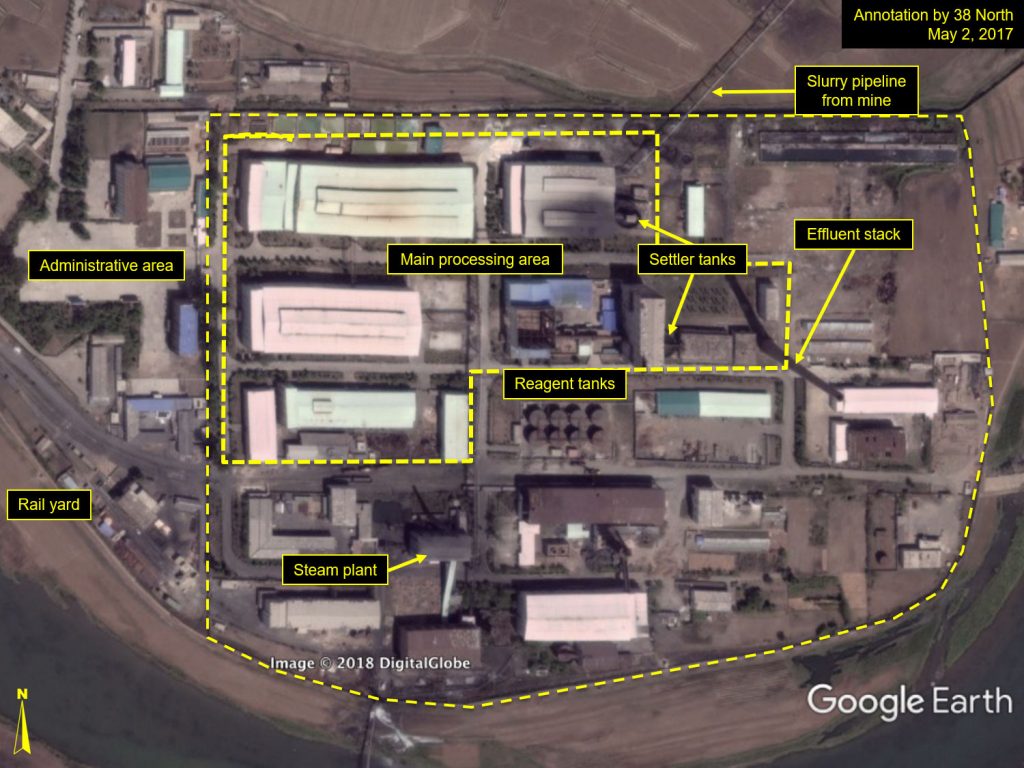 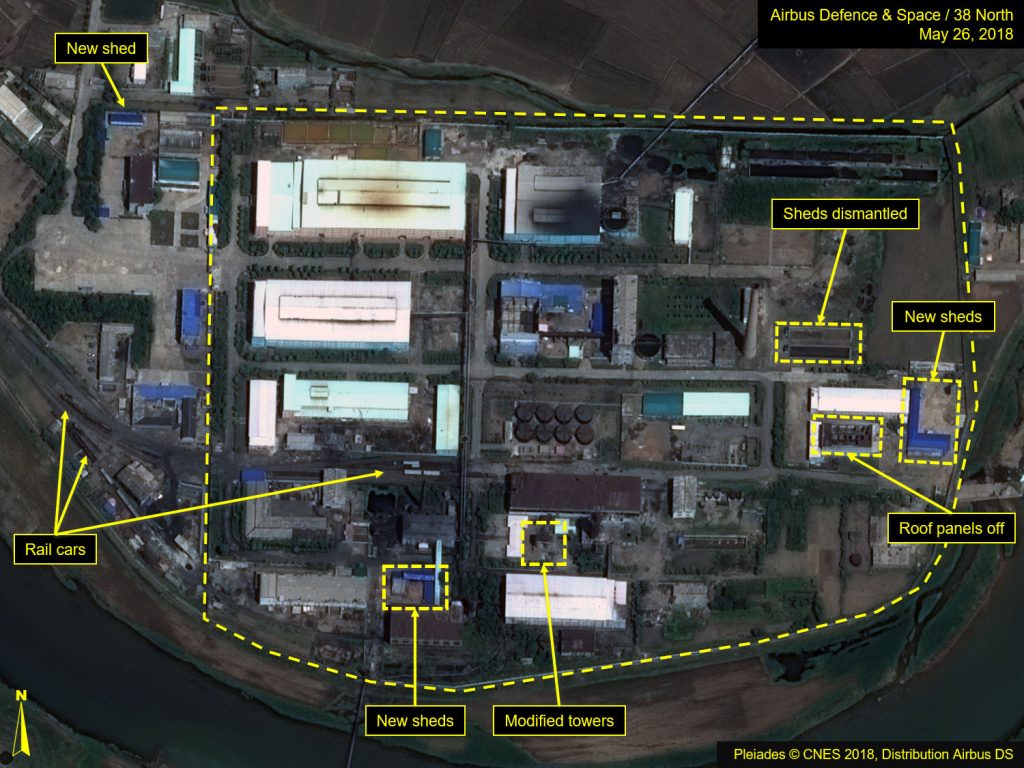 Figure 4. From 2016 to 2018, some growth is observed in the spoil piles associated to the uranium mines located just north of the Pyongsan Mine and Uranium Concentration Plant. 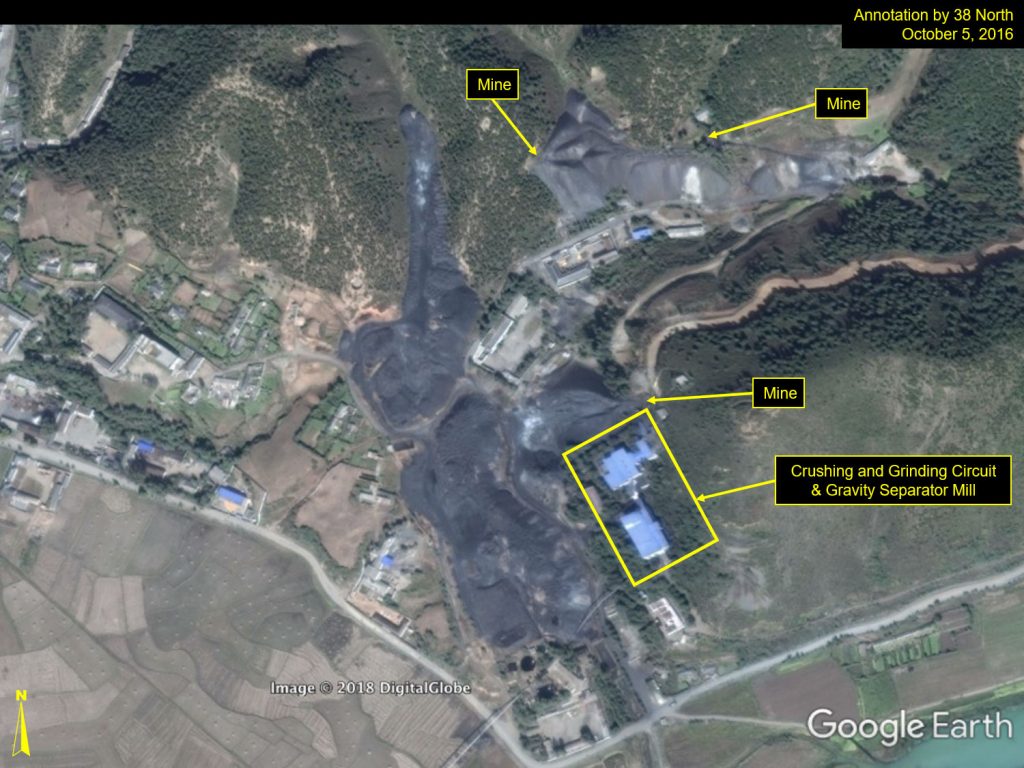 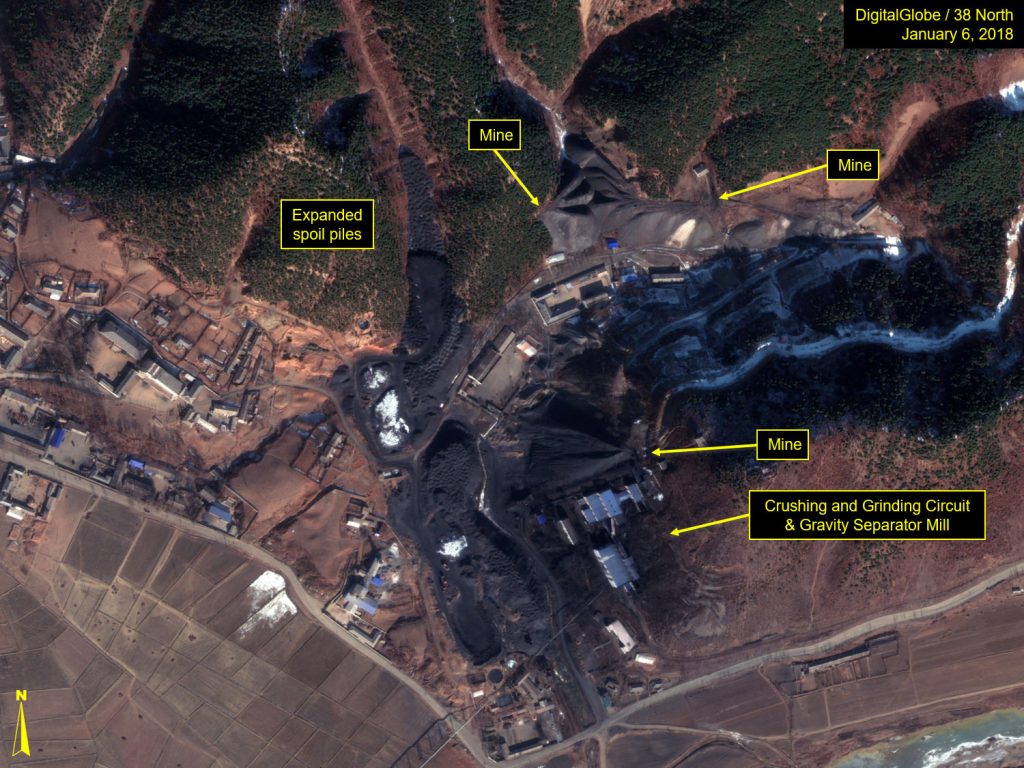 Figure 5. Notably, some expansion of the spoil was observed between January and May 2018 at the westernmost mine. 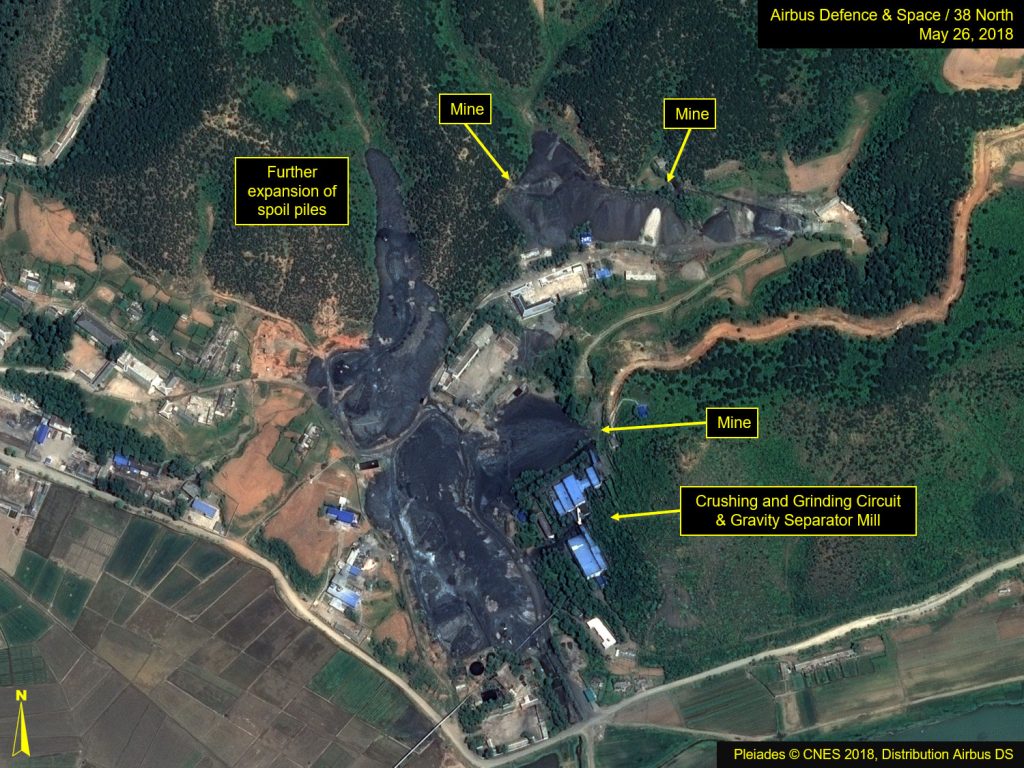 Although the water in the newly filled southwest section of the waste pond is heavily stained and the increase in waste material is identifiable with the concentration process, it is impossible to determine if the waste is the byproduct of recently mined uranium ore from the collocated mine, the use of existing stocks already on hand at the facility, or raw material brought in from another mine.[2]

Figure 6. Significant increase in waste tailings discharged into the river from 2016 to 2018. 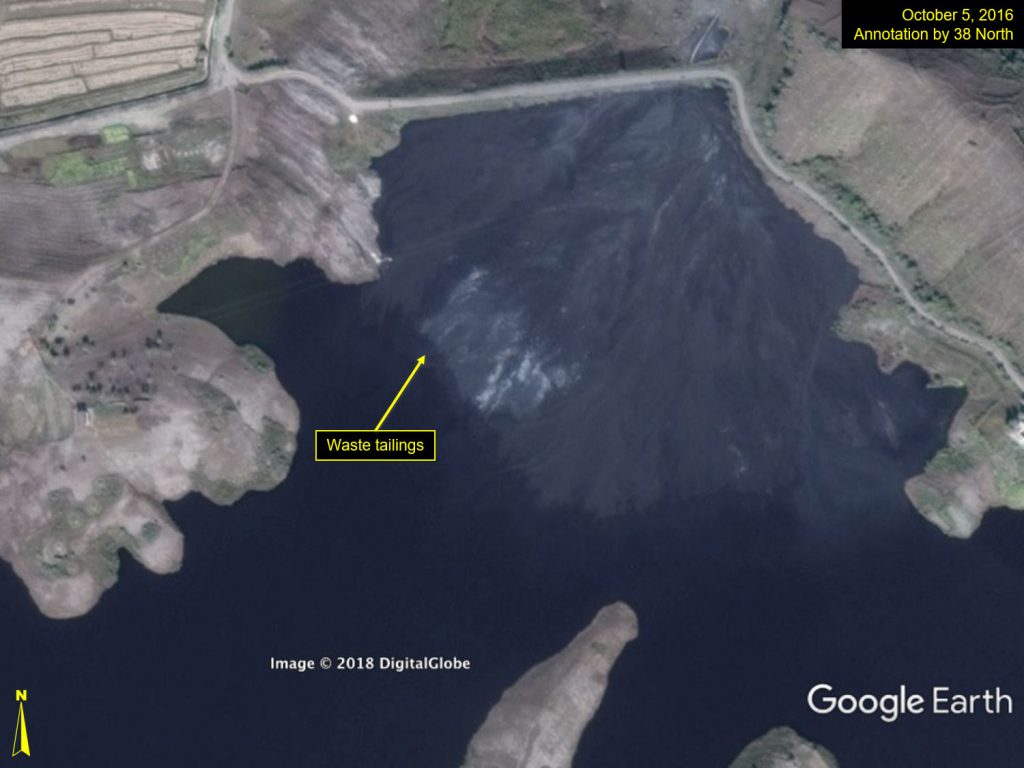 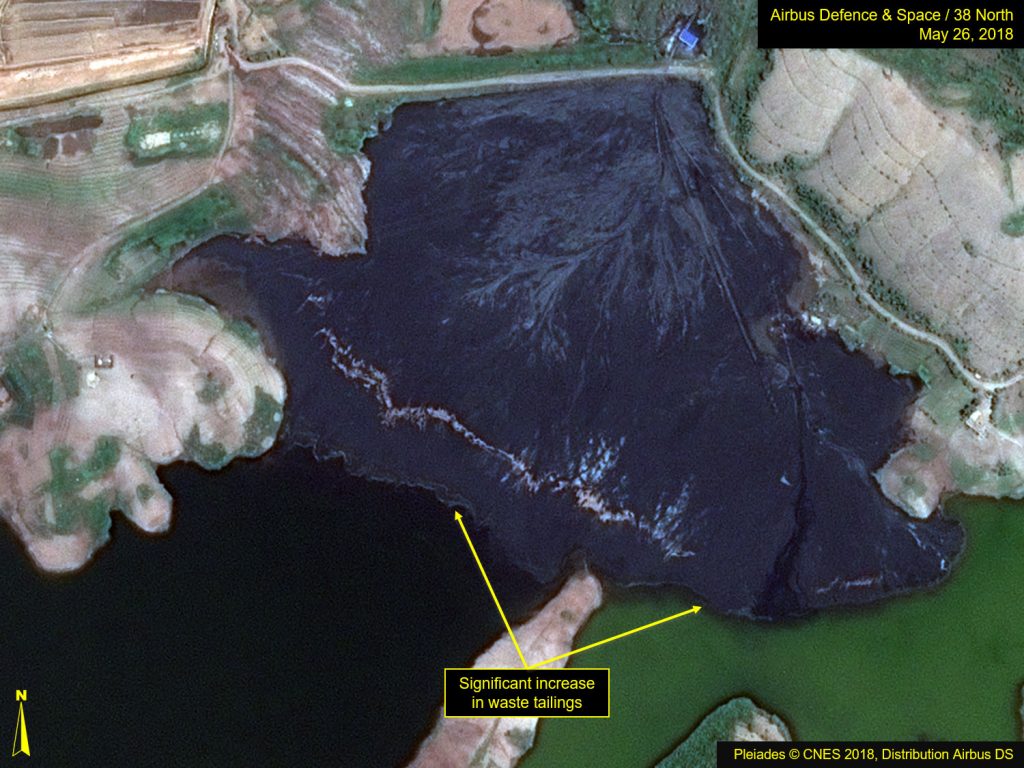 **This independent research reached similar conclusions to those in the new occasional paper by CNS, “Monitoring Uranium Mining and Milling in China and North Korea through Remote Sensing Imagery,” published around the same time. We recommend reading their report for a more in-depth look at this and other potential uranium mines in North Korea.