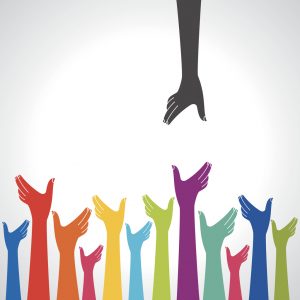 We appreciate the thoughtful counterpoint to our piece by Mr. Katzeff Silberstein.

In it, he agrees that the risk of diversion of humanitarian assistance is “relatively low” and that “systematic, large-scale diversion of aid has never been fully proven.” He also reaffirms the moral argument against withholding humanitarian aid from North Korea, “in the short term.”

His main point is that the regime can “afford” to meet the humanitarian burden but refuses to do so. He gives the examples of the recent report suggesting that North Korea spent $640 million in luxury imports from China in 2017 and the proliferation of large-scale infrastructure projects as evidence of funds that could be allocated for the care of the vulnerable.

Mr. Katzeff Silberstein’s argument makes logical sense. A country which can afford to take care of its people should do so. But, in reality, this rarely happens. One look at the state of social welfare around the world shows how many governments fail to care for their most vulnerable populations despite seemingly being able to afford it. Governments make decisions on priorities for the allocation of national resources that sometimes result in increased pain and suffering of these people. We may not agree with these choices but to deny assistance for the marginalized in the hopes that the governments will change their behavior is a long shot and unjustly places innocent lives at risk.

Further, Mr. Katzeff Silberstein states that “There are many countries with greater needs.” True, and we should intensify assistance to them. But even countries with “lesser needs” require assistance as well. According to the CIA, the per capita GDP for the DPRK is $1,700 (2015 est.). It is ranked 215 out of 229 countries. According to USAID, in 2016 the US provided humanitarian and development assistance to the following countries with higher per capita GDP i.e., wealthier: Afghanistan #207, $1 billion, Ethiopia #205, $845 million, Syria #194, $688 million, Kenya #188, $508 million, and Pakistan #172, $419 million.

The debate over who is responsible unfortunately distracts from the real tragedy—the voiceless people of North Korea who are chronically hungry and lack clean water and basic medicines. They are unwittingly caught in the middle of a geopolitical conflict. We should help them.