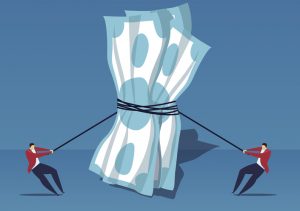 On October 23, Kee B. Park and Eliana E. Kim made a convincing case for funding the UN’s request for humanitarian assistance to North Korea. The authors argue that even if it tried, the regime could, at most, divert only negligible sums of aid money to its missile and nuclear programs. Moreover, Park and Kim claim that humanitarian aid does not take pressure off the government’s shoulders in providing for the most vulnerable among its population, as some claim. Even if aid wasn’t forthcoming, the resource allocation priorities of the North Korean regime would remain the same, and humanitarian needs would simply go wholly unfunded, rather than the North Korean regime shifting more spending toward humanitarian purposes.

The authors are likely right that the risk of direct diversion of aid funds is relatively low. North Korea as a whole is not in any major food emergency at the moment, and systematically diverting aid deliveries would likely be too difficult to warrant the potential gains. The circumstances were different in the 1990s and early 2000s, when total food availability in North Korea was low enough for it to be worthwhile for the army, for example, to divert food aid from its intended beneficiaries. (To this author’s knowledge, systematic, large-scale diversion of aid has never been fully proven, and the issue is much more complicated than it may seem at first glance).

Today, conditions are different. Harvests have been on an upward trajectory for most of the past few years. Even if this year’s harvest is lower than last year’s, it may not be a disaster for North Korea. One specific farm reported a five-percent shortfall from last year—a significant decrease, but not disastrous. Market prices for food have generally been stable over the past few months. Though we don’t have enough data to draw any certain conclusions, the agricultural management changes under Kim Jong Un have reportedly made farming more productive by increasing people’s incentives for efficient and hard work.

Though sanctions have made it more difficult for the regime both to produce and import crucial agricultural inputs such as fertilizer, China may have shipped enough to at least make up for a significant portion of the shortfall from sanctions. North Korea’s domestic manufacturing capacity, through inputs such as liquefied coal, may also be large enough to make up for some of the imports that sanctions have stopped.

Humanitarian aid these days, moreover, isn’t just about shipping bags of rice to North Korea. Rather, most humanitarian aid to the country consists of medicine, nutrition supplements, basic sanitation products, and the like—goods that typically have little utility for others than its intended recipients. In other words, diverting food aid likely wouldn’t be worth the effort for the army and the state.

Diversion, however, is about much more than siphoning humanitarian aid from its intended beneficiaries to others. The authors argue that giving aid to North Korea doesn’t take pressure off the government to provide emergency supplies and nutrition for its vulnerable populations. Even if the international community wasn’t giving aid, the state likely wouldn’t change its financial priorities to fund domestic humanitarian needs.

In the short-term, withholding humanitarian aid from North Korea would be immoral. But the long-term need for continued humanitarian aid to North Korea is questionable. The World Food Program has been providing food aid to North Korea for 23 years and yet new appeals are made almost every year to help the country. The program started when North Korea experienced a major famine after its planned economy collapsed from flaws inherent in its design. Today, the situation is very different: humanitarian needs have diminished since the dire years of the 1990s and early 2000s, in large part because market mechanisms have replaced central planning in much of the economy. At the same time, North Korea is richer. Though its claims of economic growth under sanctions are questionable, North Korea’s economy has grown over the past few years, thanks to both institutional changes in the way the domestic economy is run and increased exports to China. Pyongyang clearly has money to spend, and not just on its nuclear weapons and missiles.

Diversion of aid is not only about the risk of Pyongyang directing food supplies from the intended beneficiaries to the army—or of channeling aid funds to weapons development. Kim and Park argue that in the absence of this aid the regime would not use its own resources to make up the gap. This is likely true, and that’s partly why fulfilling the aid appeal is presently the only moral choice. Nonetheless, this assistance frees the regime from the burden of caring for its most vulnerable citizens at a time when it can afford to meet this burden with its own funds and could do so without undercutting the country’s national defense. Two examples illustrate this point.

Yoon Sang-hyun, a South Korean lawmaker, said North Korea spent at least $640 million on “luxury goods” imports from China in 2017. Nonetheless, The UN’s target of $111 million in humanitarian aid to North Korea for 2018 represents a little over one-sixth the amount cited by Yoon. We don’t know exactly what proportion of these so-called luxury goods were purchased with state funds, but it’s safe to assume that at least a portion was bought with government money and intended for Kim Jong Un’s patronage networks. In other words, this is money that could have paid for humanitarian needs if the government had set different priorities.

Second, the regime has funded vast infrastructure expansion projects, many of which have far more symbolic value than practical utility. Pyongyang has received a general, and likely very expensive, face-lift over the past few years. The Mirae Scientists Street, finished and showcased in 2015, holds not just housing blocks for dozens of families, but large-scale department stores, and even a 4D cinema. The Masikryong Ski Resort, Kim Jong Un’s pet project to introduce ski tourism to North Korea, features imported ski lifts and snowmobiles from Europe. The international community has limited funds for global humanitarian aid purposes, and North Korea’s infrastructure investments and city block renovations show with clarity that there are many countries with greater needs.

This is not to belittle the North Korean regime’s investment choices. Rather, these examples show that they have chosen to prioritize investments in infrastructure and city renovations of high symbolic value but unclear financial return over meeting the humanitarian needs of those it now expects the UN to help. Needs that could have been funded from a fraction of the cost of all these infrastructure megaprojects, had the North Korean regime simply prioritized differently.

Clearly, North Korea’s impoverishment is no longer a justifiable reason for relying so heavily on UN funding to meet the food needs of its population. Continued aid to North Korea, even when its economy has been improving steadily for several years (last year excluded), helps the regime evade responsibility for ensuring the most basic, humanitarian needs of its people. Although international aid may have to continue in the immediate term, the UN’s humanitarian relief agencies should make it clear that in the long run, the regime should shoulder this responsibility if it wants to be seen and treated as a respected and strong member of the international community.