Just a week after the last high-level commentary carried by KCNA, another one by the same author—Jong Hyon—appeared on December 20. This one has caused a considerable reaction in Western media, though it actually contains little that is new. The focus of attention has been on the commentary’s brief discussion of denuclearization:

When we refer to the Korean peninsula, they include both the area of the DPRK and the area of south Korea where aggression troops including the nuclear weapons of the U.S. are deployed.

When we refer to the denuclearization of the Korean peninsula, it, therefore, means removing all elements of nuclear threats from the areas of both the north and the south of Korea and also from surrounding areas from where the Korean peninsula is targeted. 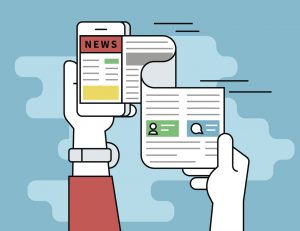 This is not a new North Korean position, though observers might be excused for mistaking it for a shift, or the uncovering of something that had heretofore been hidden. Since this July, the focus of the North Korean public position on denuclearization has been on sanctions, and the problem is portrayed as flowing from the oft-stated US policy that sanctions would not be lifted until the North had finished dismantling its nuclear program.

In some cases, the North complained the US was calling for the North’s “unilateral” denuclearization. The North’s counter has been that denuclearization was embedded in a broader process of US-DPRK normalization and peace. Pyongyang’s stated position that this would probably not proceed quickly, and that the process should proceed step by step, starting with what was “feasible.” The North said it had kick-started the process by taking a number of unilateral steps (e.g. shutting down the nuclear test site) and putting on the table several others (e.g. in September offering to dismantle key facilities in Yongbyon if the US would take “corresponding actions in line with the spirit of the June 12 DPRK-U.S. joint statement.”)

In September, Kim Jong Un introduced a new formulation, “to turn this land into a nest of peace where neither nuclear weapons nor nuclear threat exist.” There was no public elaboration of that position, but it stood—albeit in abstract, somewhat poetic terms—as a new DPRK definition of denuclearization. Undoubtedly, it was meant to be consistent with the June 12 US-DPRK Singapore Summit joint statement calling for “complete denuclearization of the Korean Peninsula.” No one at the time should have imagined that by this terminology (denuclearization of the “Korean Peninsula”) the North meant anything other than its already established call for US steps to remove its “nuclear threat” against the DPRK. In effect, Kim’s introduction of the new formulation was cueing up the issue of what Pyongyang intended to raise as the US half of the denuclearization issue.

This is a point the latest Jong Hyon commentary emphasized with relish:

It was the U.S. misguided understanding of the denuclearization of the Korean peninsula.

The June 12 DPRK-U.S. joint statement signed by the top leaders of both sides and supported by the whole world does not contain any phrase called “denuclearization of north Korea”.

It only contains the phrase “denuclearization of the Korean peninsula”.

In the background. A fuller exposition of the North’s view on the US half of the denuclearization issue exists—and apparently is still relevant—in a July 6, 2016 DPRK Government spokesman’s statement. That statement asserted:

This includes the South’s nuclear abolition and the denuclearization of the areas around South Korea.

The statement went on to elaborate by listing five points.

First, all nuclear weapons of the United States, which it has neither confirmed nor denied after bringing them into South Korea, must be publicly disclosed.

Second, all nuclear weapons and their bases in South Korea must be abolished, and their abolition verified before the world.

Third, a guarantee must be made that the United States will never again introduce the means of nuclear strike to the Korean Peninsula and its surrounding areas, where it has frequently deployed them. (Note: Jong Hyon’s formulation is somewhat more restrictive, “from surrounding areas from where the Korean peninsula is targeted.”)

Fifth, the withdrawal of the US forces, which hold the right to use nuclear weapons, from South Korea must be declared.

Bottom line. Other than warning that continuation of current US policy will have “disastrous results,” the Jong Hyon commentary contains no threats. Its prescription for “a way out,” is relatively simple, and somewhat Delphic, giving Pyongyang maximum room to maneuver if the process manages to move back into negotiations:

If the U.S. gives up the ambition for denuclearization by dint of high-handed practices and pressure and unilateral “denuclearization of north Korea”, the way-out will be shown.