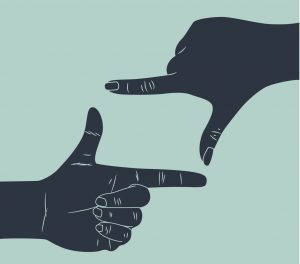 Dan Coats, the Director of National Intelligence, made big news this week with a series of assertions about North Korea that appeared to contradict President Trump’s policy of engaging Pyongyang. Yes, they were interesting. But anyone who thought the conclusions were new or startling, think again.

Decision makers have been listening to the same old song that North Korea is unlikely to give up its nuclear weapons program ever since the United States started to negotiate with North Korea in the Clinton administration 25 years ago. Back then, the assessment was also that they would not only never give up their program but then never sign the 1994 denuclearization deal. And while everyone forgets, the agreement completely gutted a plutonium production program that could have produced 75 bombs by the beginning of the 2000s.

Director Coats offers as evidence “a commitment to nuclear arms for years, including through an order to mass produce weapons in 2018 and an earlier law—and constitutional change—that affirmed the country’s nuclear status.” This is thin gruel. The past commitment is there although it can be argued it has waxed and waned at different times. But orders to produce weapons can be changed. And does anyone doubt that Kim Jong Un could change the North’s constitution if he wanted to?

As for the conclusion that the regime wouldn’t relinquish these weapons because its survival depends on them—the assessment says, “according to official statements and the regime-controlled media.” What else would they say just coming off a “fire and fury” confrontation with the Trump administration?

As to the judgment that Pyongyang is continuing activities contradicting the pledge to fully denuclearize, agreements have yet to be negotiated or reached so why shouldn’t the North continue its activities? Dare I mention that even while I was a member of the US team negotiating nuclear arms control treaties with the Soviet Union, the US and the Russians were building more of the weapons that we might eventually trash? We were hedging against failure and increasing our negotiating leverage just as the North Koreans are doing today.

Keeping the North Korea challenge in perspective is hard to do, particularly with a president who has a talent for shooting himself in the foot when it comes to making exaggerated claims about what he is accomplishing with North Korea. While the US intelligence community’s technical collection capabilities are unrivaled, the IC isn’t always right when it comes to predicting what North Korea will do. Senior intelligence officials are willing to admit that to their credit. Some have told me that they never thought North Korea would even consider giving up its nuclear weapons. Now, as a result of events of the past year, they have had doubts.

If all the past US intelligence estimates could be declassified, I suspect readers would find a wealth of accurate predictions, particularly with regard to technical developments in the WMD programs, but far fewer when it came to prognosticating what the North Korean leadership would do. That’s the point of pursuing face-to-face diplomacy with Pyongyang, to get a clearer picture of what is possible and what isn’t as well as to learn more about what makes the North Koreans tick.